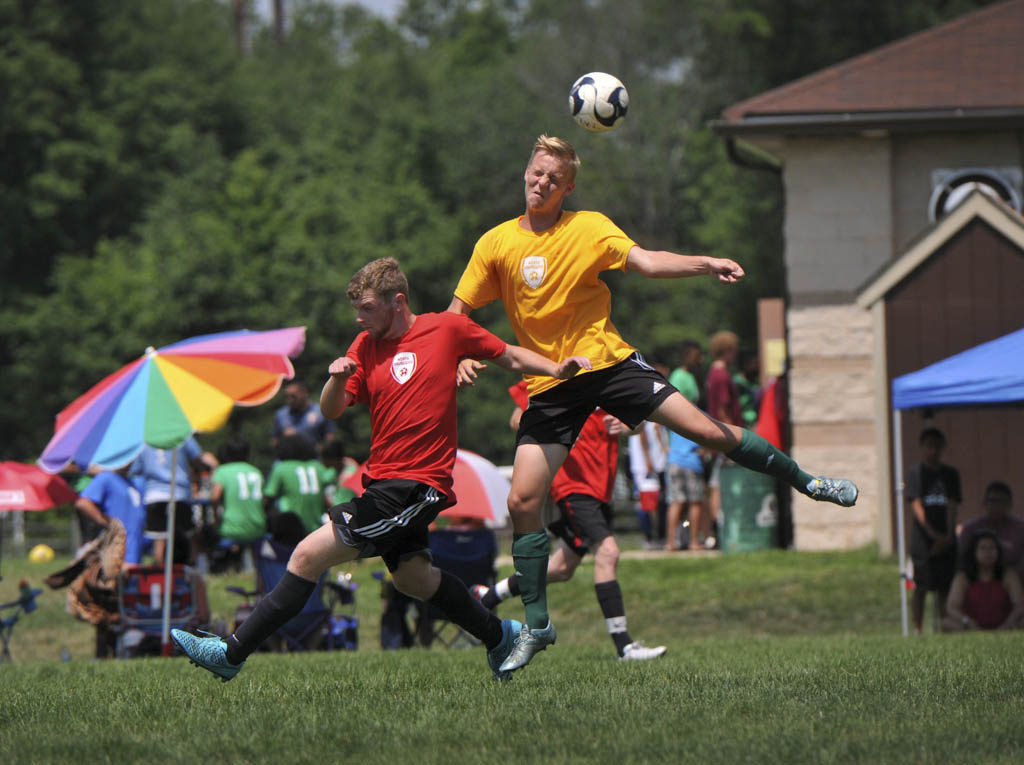 For a team that went 3-17 overall and 1-11 in Greater Middlesex Conference play in 2018, it’s a sensible goal. With six starters back and promising newcomers across the rest of the roster, J.P. Stevens should be able to win four games this fall—and possibly more.

But the Hawks are not getting ahead of themselves. They are just showing up and having fun.

“There’s a great attitude this year,” said Bill McMullen, J.P. Stevens’ coach. “And we’ll try to build on that.”

J.P. Stevens opened its regular season with a 6-1 home defeat to Linden High School on Sept. 3. The team will continue its season with three more games over the next week.

The opening loss was disappointing, but McMullen knows it will take time for his Hawks to develop as a group.

McMullen’s club will have to stay in games with defense this fall. The 33rd year coach is implementing what he calls “the American system,” a 4-5-1 alignment designed to keep scores low.

It didn’t work in the Linden loss, but McMullen thinks it will as the season goes on. He is confident because, out of his six returning starters, five play in the midfield and on defense.

Seniors Aniket Narkhede, Viraaj Kumar and Jacob Virizlay all started in 2018 and showed  chemistry in the Hawks’ 2019 scrimmages, controlling possessions and keeping opponents off the scoreboard for extended stretches. They look like a group that is going into its second year playing together.

“The defenders just never stop,” McMullen said. “They have good positioning and they never let anything easy through.”

With the midfielders and defenders, McMullen is depending on year to year improvement at the varsity level. But with the rest of his lineup, the coach is counting on newcomers to be better than their predecessors.

The Hawks think they will be much better in one particularly important spot: Goalkeeper. Freshman Ajit Mallavarapu is good enough to earn varsity starting time as a freshman. Junior Vishal Sriram improved over the offseason and earned starting time with quality play during practices and scrimmages.

They are splitting time for now, and they will probably continue their time share throughout the regular season. McMullen expects both keepers to give the Hawks a chance.

“Our new personnel will make a big difference,” McMullen said.

Taking a defensive minded approach is probably smart for this club. But if J.P. Stevens is going to win at least four games, it will need to score. Fortunately, the team’s one returning forward is its leading scorer from last year, senior Sukbir Ghotra, who netted six goals.

If the Hawks can stay in games, create possessions and get forward, they will at least have one player who can put them on the board.

“We’re hoping he takes a step up,” McMullen said of Ghotra.

He may as well have been talking about his team, too.

“We just hope to win as many games as we can,” McMullen said.