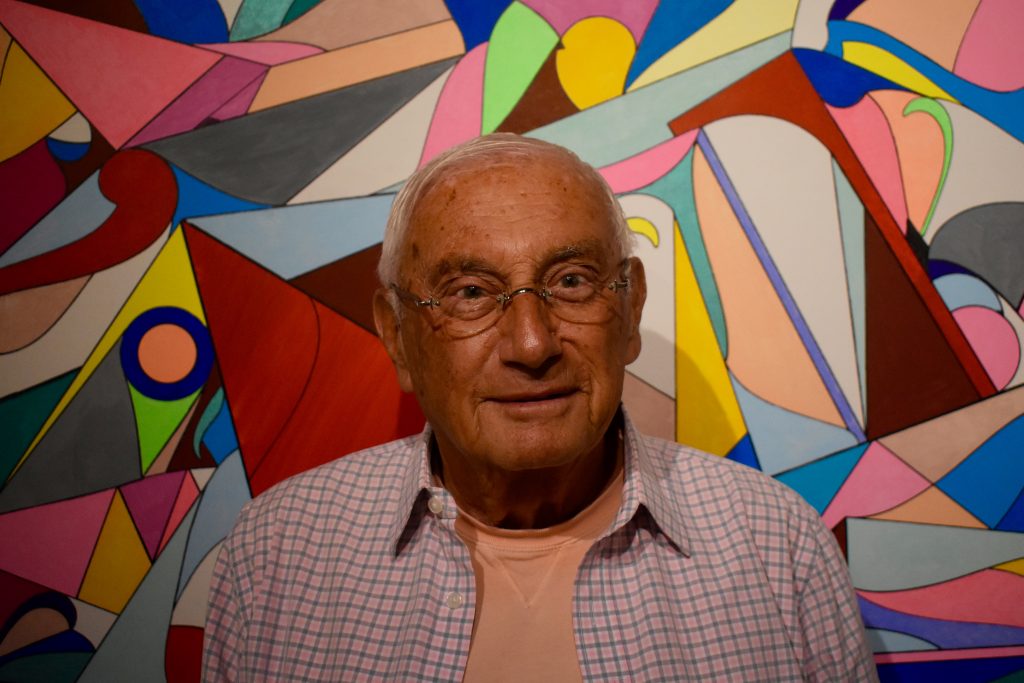 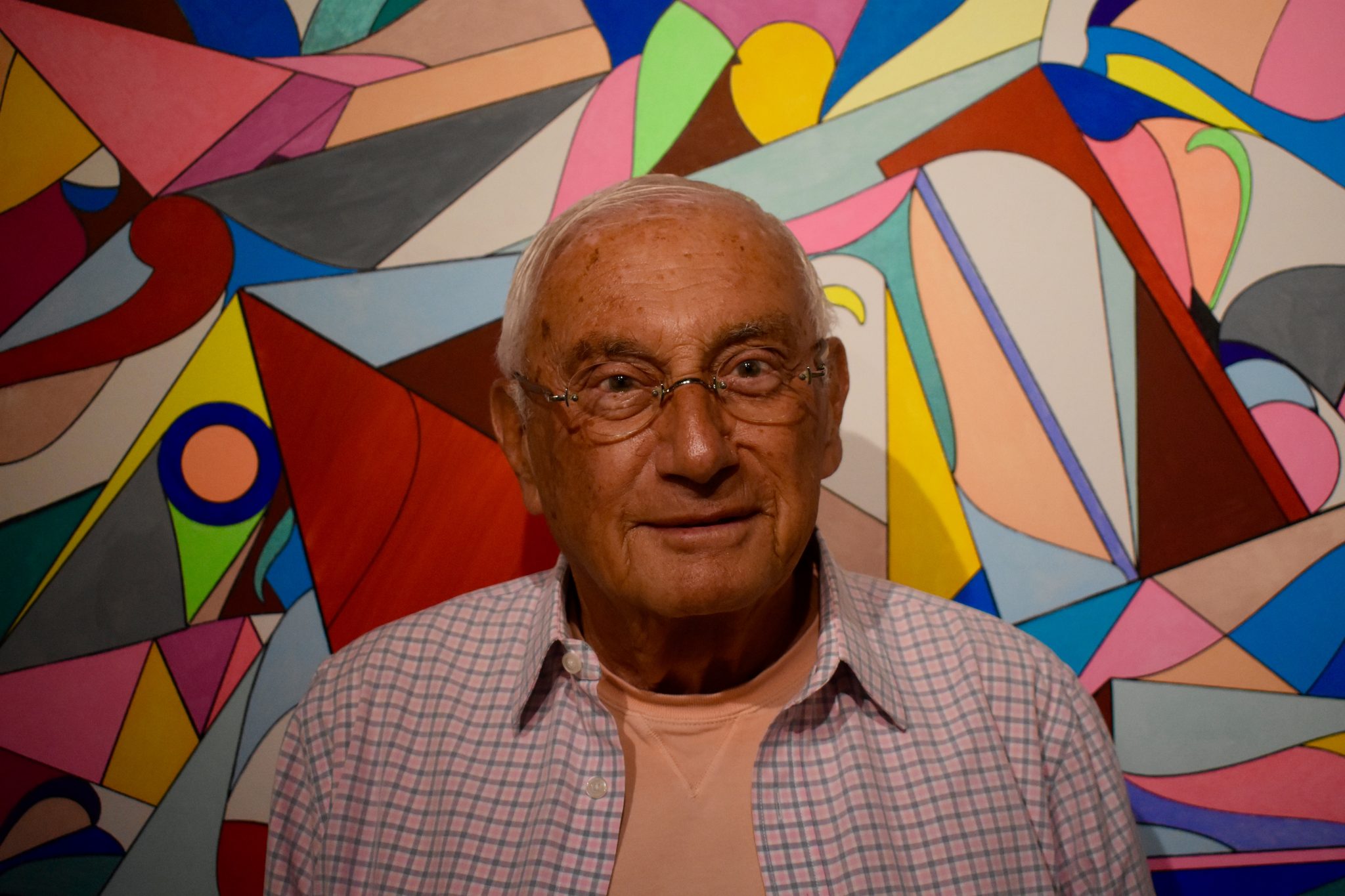 Asbury Park resident Howard Schoor, a retired engineer who founded the firm Schoor DePalma Inc., has created a new persona as a “trianglist.”

The term, which was introduced by Schoor, defines a trianglist as an artist who uses triangles as the focal point, or at least the foundation, of abstract creations.

The triangle represents “the tool of the trade” that once served as the 80-year-old’s device for mechanical precision.

“Trianglism” is a concept Schoor said is accompanied by a certain aesthetic he wants viewers to appreciate as his he begins to define his identity in the art world.

“I spend Oct. 15 to May 15 living in Florida,” he said. “I have confiscated two bays of my three-bay garage as my studio. … I spend a good six months a year creating art. Then I come back up north and try to sell it.

“Lately I have been fooling around with more vibrant colors. Everything has a triangle, or many triangles. The triangle was an original tool of my trade. A civil engineer by education, I practiced the profession for 40 years,” he said.

Schoor’s website calls Trianglism “visually and emotionally uncluttered and unpretentious. …. Absent are pleas to dissect it,” which is a response to Schoor’s desire to capture the recognition of the minimalist approach that is used to create his work.

“I’m a little bit of a rebel in my concept of how to sell art,” he said. “I was always bothered by the inability to try and figure out why one piece of art is worth a couple hundred dollars and a very similar piece may sell for $1 million. There doesn’t seem to be any rhyme or reason.”

During the first three years Schoor created art, he showcased and sold his work solely online. His solo gallery is present at a pop-up space at Bell Works in Holmdel.

The “vibrancy” of the modern metropolis that is Bell Works has inspired the artist.

“I’m now convinced the only way you could get some (attention) is to have gallery representation,” Schoor said. “Bell Works is a good place (for exposure) because there are 3,000 or 4,000 people who work here. People stop into the gallery and walk around. Sometimes I sell a few pieces.”

Schoor’s straightforward art remains uninterrupted by a quest for deeper meaning in his otherwise simplistic conceptual pieces. He has created about 150 pieces of art since 2016 and his works range in price from $150 to thousands of dollars.

A lifelong collector of modern and contemporary art, Schoor would routinely visit museums and internally marvel about the contributions he might one day grace upon the art world.

His work emphasizes an essence of “noise” within a precise display of figures and lines. This aspect of noise vibrates through spackle-induced texture of select works and the jagged edges of the triangles, while the variation between vibrant and muted color schemes etches individuality into each piece.

The triangle – or multiple triangles – routinely demands the center of attention. The inclusion of the triangle throughout his work appears to represent Schoor’s quest for accuracy and symmetrically finite details.

Since launching a career as an artist, Schoor has created a series of “little gem” paintings that sell for between $150 and $350. He also sells museum quality Giclée reproductions of his work that sell for about 25% less than the cost of an original painting.

“Quite frankly, it’s very hard to tell the difference,” Schoor said of the high-quality reproductions. “It was also my concept to make smaller pieces of art to introduce people to collecting original art. (The works) are all originals. I can create two or three of the (‘little gems’) in one day.”

A portion of the proceeds from Schoor’s art is donated to charity, including Collier Youth Services, Marlboro; the American Heart Association (New Jersey Chapter), Robbinsville; and Mary’s Place by the Sea, Ocean Grove.

“From my days of collecting contemporary art, the more renowned artists have a certain look … When people look at work with a triangle, hopefully they will say, ‘That’s a Schoor,’ ” he said.