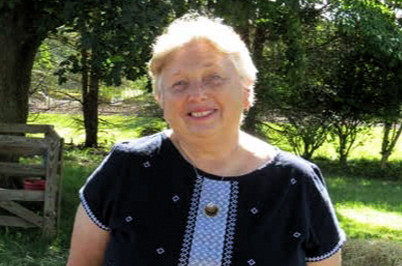 MILLSTONE – Monmouth County Clerk Christine Giordano Hanlon has announced that Patricia Butch of Millstone Township is the winner of the 2019 M. Claire French Award for Leadership in Historic Preservation.

The award will be presented to Butch at the county clerk’s Archives and History Day on Oct. 12 at the Monmouth County Library Headquarters, Manalapan.

“Pat Butch is a trailblazer and embodies all aspects of the M. Claire French Award through
her dedication to the maintenance and preservation of historic sites in Millstone
Township and farmland throughout Monmouth County,” Hanlon said. “It is my honor to present the award to such a deserving community leader.”

According to a press release from Hanlon’s office, Butch’s dedication to preserving historic properties is evident through her leadership on various restoration projects, involvement with numerous preservation societies, and continued volunteerism and service.

In 2000, Butch helped form the Millstone Township Trailblazers, a nonprofit charitable New Jersey organization. With her skill in grant writing, she was able to fund the organization’s projects through donations, fundraisers, and grant awards, according to the press release.

The Trailblazers worked with local, county and state governments to identify individual trails for an interconnecting trail system to be used for walking, jogging, bicycling and horseback riding. Butch spent three years helping to clear the properties for the horse trails.

In 2011, alongside Millstone Township historian Joann Kelty and Frank Curcio, Butch
helped to save the beams, timber and joints of the two barns on the property of the
Allen House, which was slated to be torn down to make way for new public housing, according to the press release.

The saved wood and materials from the two Allen House barns were used in the
construction of two new barns that are now on the Baird Homestead parcel in Millstone
Township.

After preserving the barns, Butch became a founding member of the Friends of
Millstone Township Historic Registered Properties, a nonprofit organization focused on furthering public interest in conservation, knowledge and understanding of the history of the township, according to the press release.

With fellow founding members Kelty and Curcio, the organization quickly expanded due to an increase in area residents with similar interests.

The Monmouth County Historic Sites Inventory referred to the homestead as one of
the best examples of its style remaining in Millstone Township, according to the press release.

Along with preserving the homestead’s original pine plank flooring and moldings, she also received 400 items on permanent loan from the New Jersey Museum of Agriculture to house and display at the educational center, according to the press release.

Presently, Butch oversees class trips of sixth, seventh and eighth grade students from the Millstone Township Middle School and provides the students with hands-on activities related to their curriculum.

She also coordinates with local Girl Scouts and Boy Scouts to host their silver and gold awards and Eagle Scout projects on the grounds of the Baird Educational Center.

Butch has also played a significant role in the recent restoration of the Clarksburg Methodist Church, which is listed on the state and national registries of historic places.

Millstone Township purchased the 19th century rural church after it was slated for demolition, leading Butch to again use her writing skills to obtain grant money needed to preserve the historic church, according to the press release.

Butch also serves on the Monmouth County Agricultural Development Committee, where she assists in the preservation of farmland across Monmouth County.

During a recent meeting of the Township Committee, Mayor Fiore Masci told Butch, “Whether it’s the Baird House or the church or even the old schoolhouse, all of this always gets funneled through you. You are always the messenger and you always speak to things in a manner that is balanced. I was so glad to hear you are the recipient of this award. You are certainly very deserving and congratulations.”

Created in 2015, the award is named after M. Claire French, Hanlon’s predecessor, who was county clerk from 1997 until her retirement on April 1, 2015.