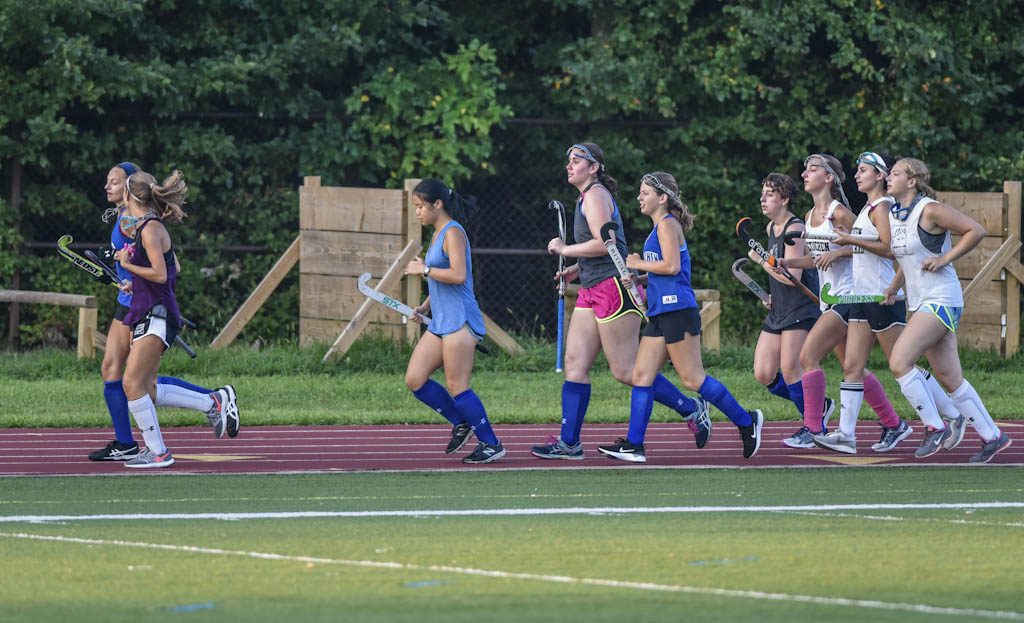 It’s a new year but the same story for the Metuchen High School field hockey team.

Metuchen’s field hockey players still play the sport year-round for either the Total Dutch program or the Jersey Knights program, both in Somerset. And this is still a major competitive advantage in a sport that does not have a year-round culture just yet.

The 2019 Bulldogs have a 9-1-1 record, a 40-9 goal differential and their usual first-place seat atop the Greater Middlesex Conference standings. They are this good again despite losing nine seniors and six starters who put the program on the map over the last couple years.

This year’s new starters led a 13-1 junior varsity season for the Bulldogs a year ago, in which they also won the GMC JV title. So they were ready to step up to varsity and thrive right away.

“I knew we’d be strong,” said Metuchen coach Beth McLaughlin. “But I didn’t know we’d be this strong.”

“We have a lot of girls that play travel even if they didn’t start last year,” the coach added. “They were strong enough to play, they just didn’t have enough opportunity.”

The class of 2019 brought the year-round culture to the area and program, and it reversed Metuchen’s fortunes. Their younger teammates bought in, too, transforming Metuchen’s success from a fruitful cycle into a sustainable endeavor.

Like the last two Metuchen teams, these Bulldogs are a complete team. The 40-9 goal differential is quantitative proof. The talent at every level of the field serves as qualitative proof.

Junior Noelle Leaf was a varsity forward last year, but not a team leader. This year she is a two-way midfielder, a team leader and even Metuchen’s leading scorer with 12 goals and three assists.

“She feels more confident as a leader,” McLaughlin said.

Junior midfielder Claire Kenny was a swing player last year, so she got some varsity experience. She was ready when McLaughlin called her number this year, and she has recorded three goals and five assists.

“They were both ready to go even last year,” McLaughlin said.

On defense, two new starters have solidified the unit. Junior goaltender Sela Wyetzner has seven shutouts and junior defender Erica Li has six defensive saves. But the key to the defense has been the only core player back from last year, senior Jodie Zeng, a fourth-year starter.

“She’s always been key as a defender,” McLaughlin said.

The Bulldogs are again the best team in the GMC. They will try to prove that for certain in the upcoming GMC Tournament.

But their bigger challenge will be winning the NJSIAA North Jersey Section 2, Group 1 Tournament. Metuchen lost in the state semifinals last year and the state quarterfinals in 2017.

“In states hopefully we can work through it,” McLaughlin said.