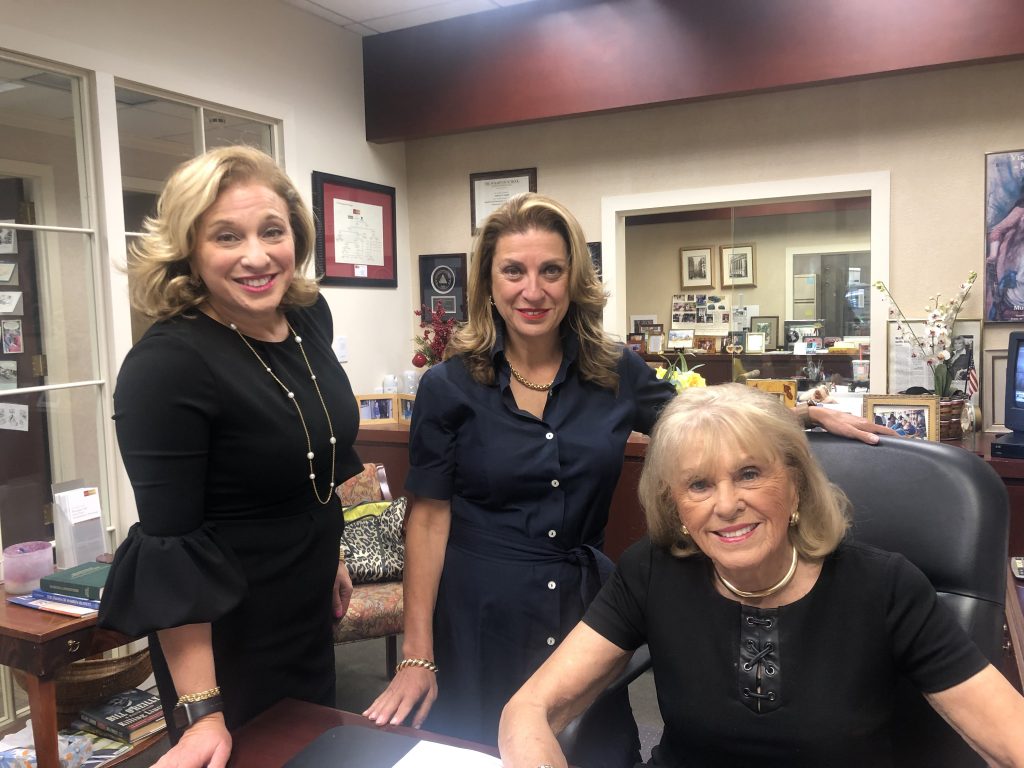 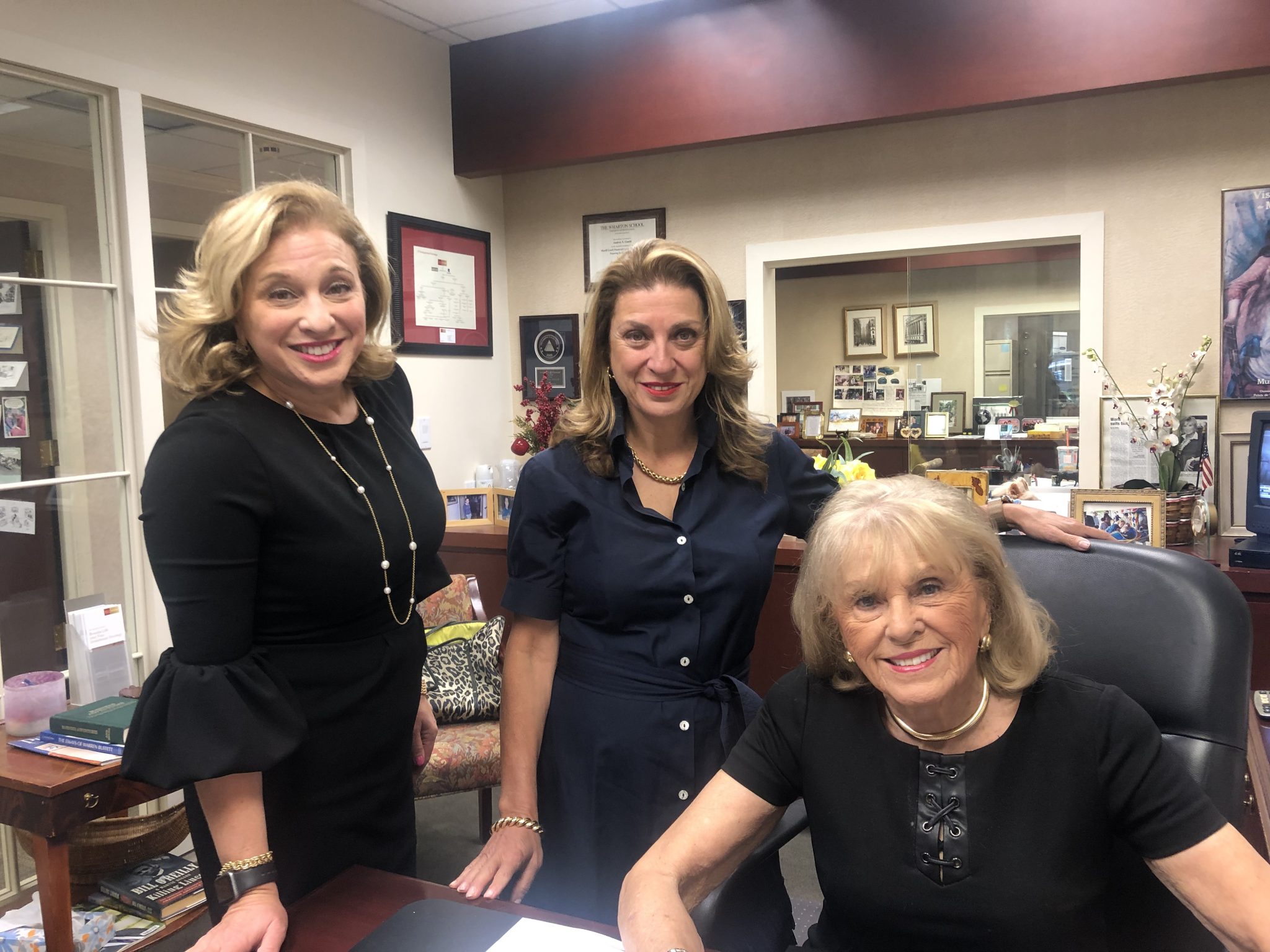 October has a reputation for unnerving those working in the investment profession.  The Wall Street Crash of 1929 started on Oct. 24 and continued until Oct. 29. Other scary crashes occurred in October 1987 and October 2008. This year, October’s first two days were noteworthy, because the market had its worst two-day start to an October since 2008.

Princeton financial asset managers Audrey Gould and her business partners and daughters Ellen Baber and Georgeanne Moss never have been spooked by the month of October. Actually, they currently are celebrating two decades of working as a mother/daughters’ team at the Gould Group of Wells Fargo Advisors on Nassau Street. Regardless of the month of the year or day of the week, they follow a simple formula. They do their homework with extensive research on investment opportunities, while doing careful listening to the individual needs of their clients.

“Stating the obvious, but often overlooked fact, everyone is different and continually change – people at different ages have different needs.  We focus on knowing out clients and their situations and temperaments,” said Audrey.

When the Gould investment group first formed, a few naysayers were skeptical about the future of an investment team initially known more for breaking gender barriers in a male-dominated industry than for their investment skills. But the subsequent months and years have proven the success and sustainability of the Gould Group, now renowned for the talents of its principals – with the mother/daughters/gender issue taking a back seat.

Audrey Gould, was one of the first feature stories I did for “The Princeton Packet,” 37 years ago. I was inspired then by Audrey being a pioneer as a woman in a man’s world of finance and investments. She was one of the first women (perhaps the first) to be hired by a major brokerage firm in Princeton to work as a stockbroker, now known as a wealth/asset manager – a fact cited when she was honored recently by the prestigious Wells Fargo Advisors Spirit Award.

Several years later, she multiplied her pioneering impact when she added her two daughters to her investment business. The three women can’t say with certainty that they are the only mother/daughter investment group operating today, but they are certain they were the first 20 years ago when the Gould team coalesced. None of the three sees the female aspect or the mother daughters’ aspect as being noteworthy in itself.

“It is only noteworthy if it helps us do our jobs better,” said Georgeanne who joined her mother in the business 25 years ago.

Ellen, who became part of the team 20 years ago, said that “Although we are very close personally, the office time is spent on our profession of helping our clients find the best financial strategies that fit their individual situations….The working arrangement just seems very natural, nothing strained or artificial – we just do our jobs. Like any team, we bring different strengths, different backgrounds, but share a common passion for the business.”

For Audrey, the wealth management career was a mid-life career change. With an undergraduate degree from the University of Pennsylvania, Audrey’s first career was in health care, specifically orthoptics, the diagnosis and management of eye movement disorders. For 26 years, she was director of the Orthoptic Clinic at the Robert Wood Johnson University Hospital in New Brunswick.

“I loved my work in orthoptics and my patients, but I was intrigued by the complex and ever-changing world of finances and the challenges of investment,” Audrey said. “I knew that as a financial adviser, I could still help people, but help them in a way that I found truly challenging. When I was 17 years old, I borrowed money from my father, bought and sold shares of U.S. Steel, made $5,000, and financed my first year of college at University of Pennsylvania.” In 1982, she traded her career in orthopics for a job at Merrill Lynch, where she kept her eye on stock market movements instead of eye movements.

Ellen, with an undergraduate degree from Trinity College, jumped into the financial services arena right after graduating. But she initially went into the high-stress and frenetic retail-trading environment of a New York City brokerage firm. After a while, she realized that what she craved was the personal, face-to-face connection to the client. Like her mother, she was fascinated by the numerous and never boring aspects of the financial services profession, but she also wanted to connect with people. “I needed to look at faces, not just computer screens,” she said.

While Ellen and her mom were pursuing financial careers, younger sister Georgeanne had decided to become a lawyer. With an undergraduate degree from Barnard College, Columbia University, and then a law degree from Benjamin Cardoza School of Law in Manhattan, she began her career as an associate at a Connecticut law firm and then worked as a senior attorney specializing in litigation, securities compliance and derivative products at a major brokerage firm.

“I loved what I did, but it must be something in the Gould female DNA that drew me, as it did my mother and sister, into the profession of helping people make smart financial decisions.” Even though she no longer practices law, her legal background adds important perspective to her investment strategies — and brings a skill set to the Gould Group that complements the skills of trading specialist Ellen and resource management expert Audrey.

Outside of the office, the three of them are focused on giving back to a variety of health, cultural and educational community organizations. Their community contributions in significant financial support and sweat equity are too numerous to recount, but the most visible one in my day-to-day activities is the Princeton Public Library.

I wrote this column in one of the two rooms at the Princeton Public Library that were given in memory of Charles Baber, Ellen’s deceased husband, and Kenneth Gould, Audrey’s deceased husband. I never miss the annual Gould Lecture endowed by the family of Dr. Kenneth Gould. Audrey Gould is a board trustee, and Georgeanne Gould serves on the Investment Committee.

From my perspective, this investment in Princeton community’s non-profit market has more value than anything on the New York Stock Exchange.