The Manalapan Police Department reported the following incidents occurred in the municipality:

• On Nov. 11 at 7:18 p.m., officers responded to the parking lot of a business on Route 9 in reference to a report of a burglary to a motor vehicle. A resident of Staten Island, N.Y.,
reported that sometime between 11 a.m. and 8 p.m., an unknown individual forced entry into a vehicle by smashing the passenger side window and then removed personal property. The Manalapan Police Department Detective Bureau responded to the scene.

• During the early morning hours on Nov. 9, four residences on Sweetmans Lane, Kinney Road, Millhurst Road and Hillside Drive reported that sometime overnight their vehicles were entered and that money was removed from some of those vehicles. Police said each vehicle that was entered had been left unlocked.

• On Nov. 4 at 9:08 p.m., officers responded to a business on Route 9 in reference to a report of shoplifting. An employee reported that at about 9 p.m., an unknown individual attempted to conceal merchandise valued at $425.99 and leave without paying. The suspect left the merchandise and then fled the scene.

• On Nov. 3 at 6:35 p.m., officers responded to a residence on Sobecko Road in reference to a report of a motor vehicle theft. A resident of Colts Neck reported that sometime between 4-6 p.m., an unknown individual removed an abandoned vehicle valued at $250 from the victim’s property. The vehicle was described as a blue 1990 Ford E150 van which was not operational and was being held for scrap metal purposes. 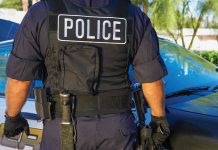