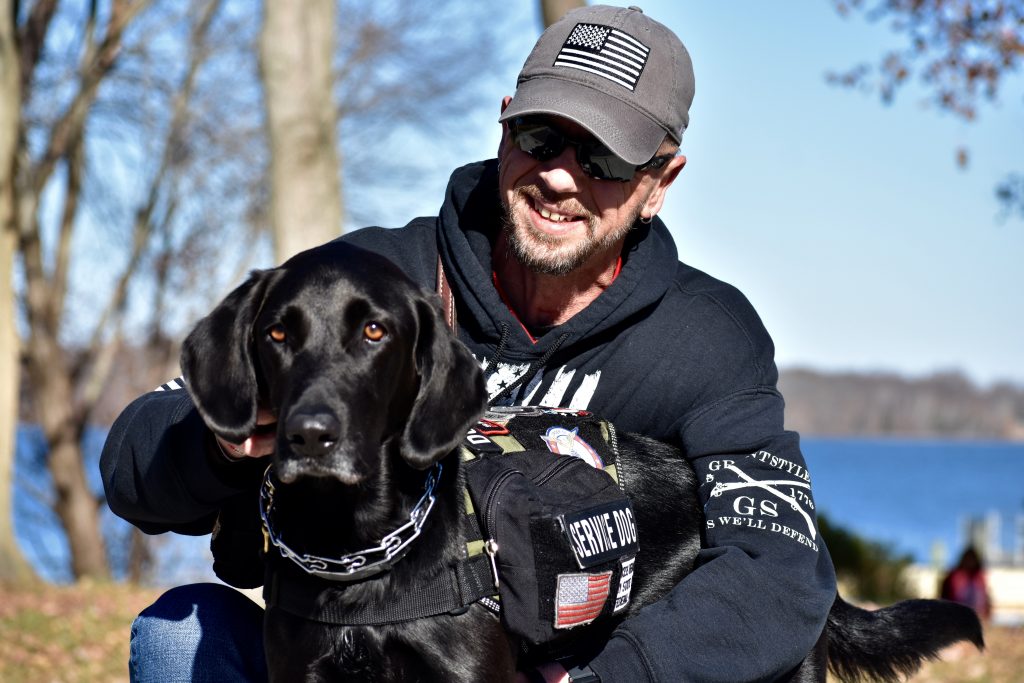 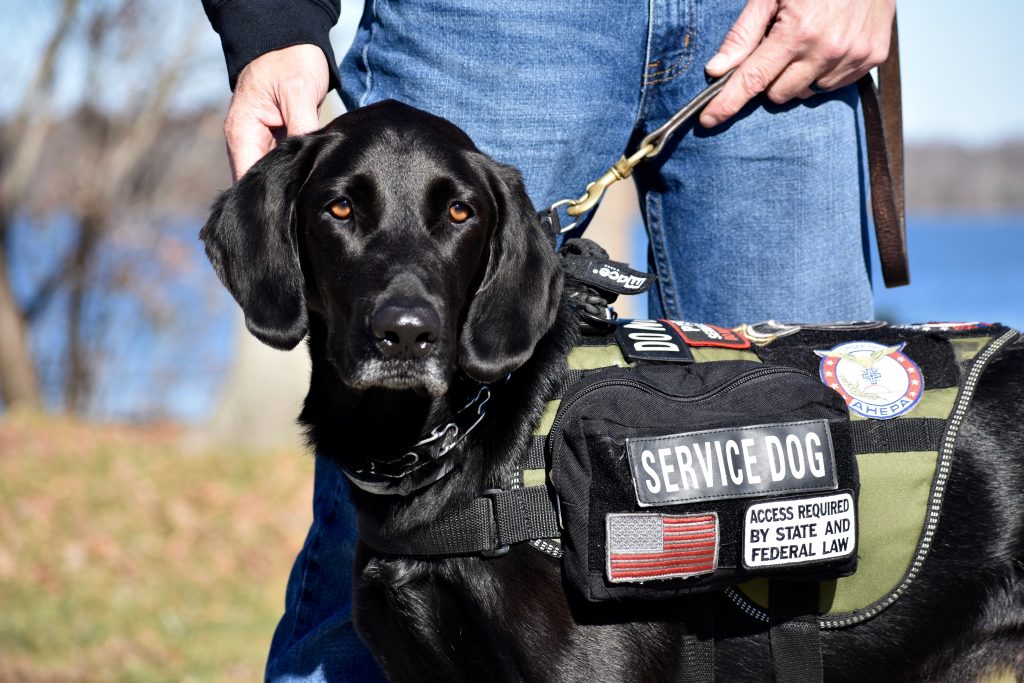 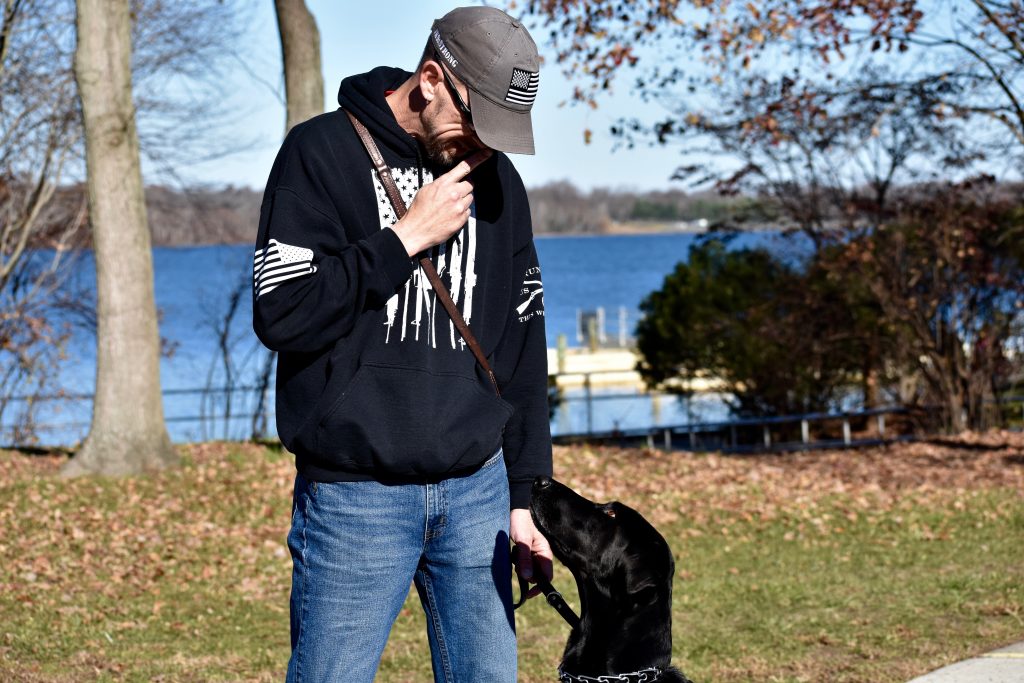 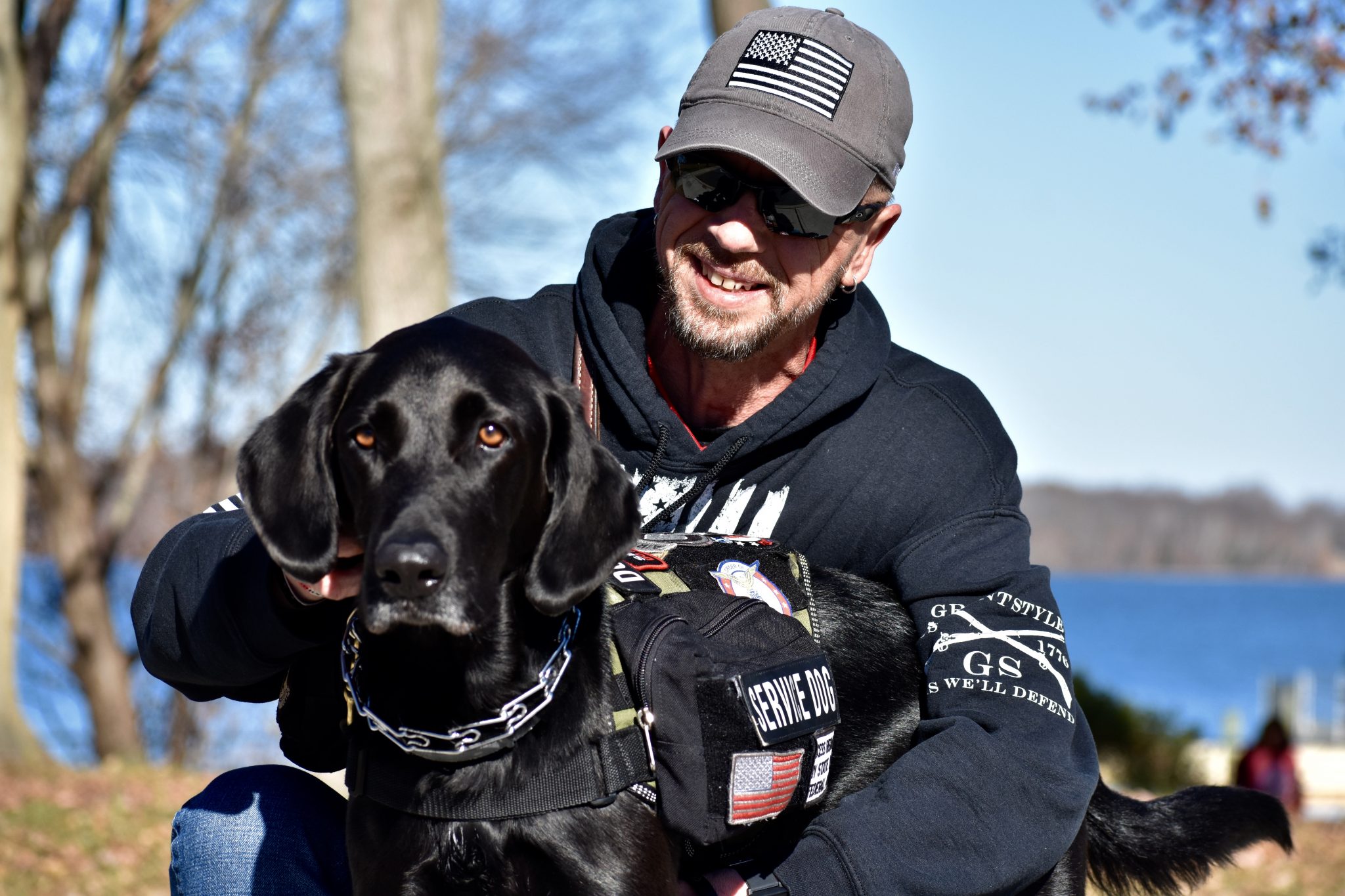 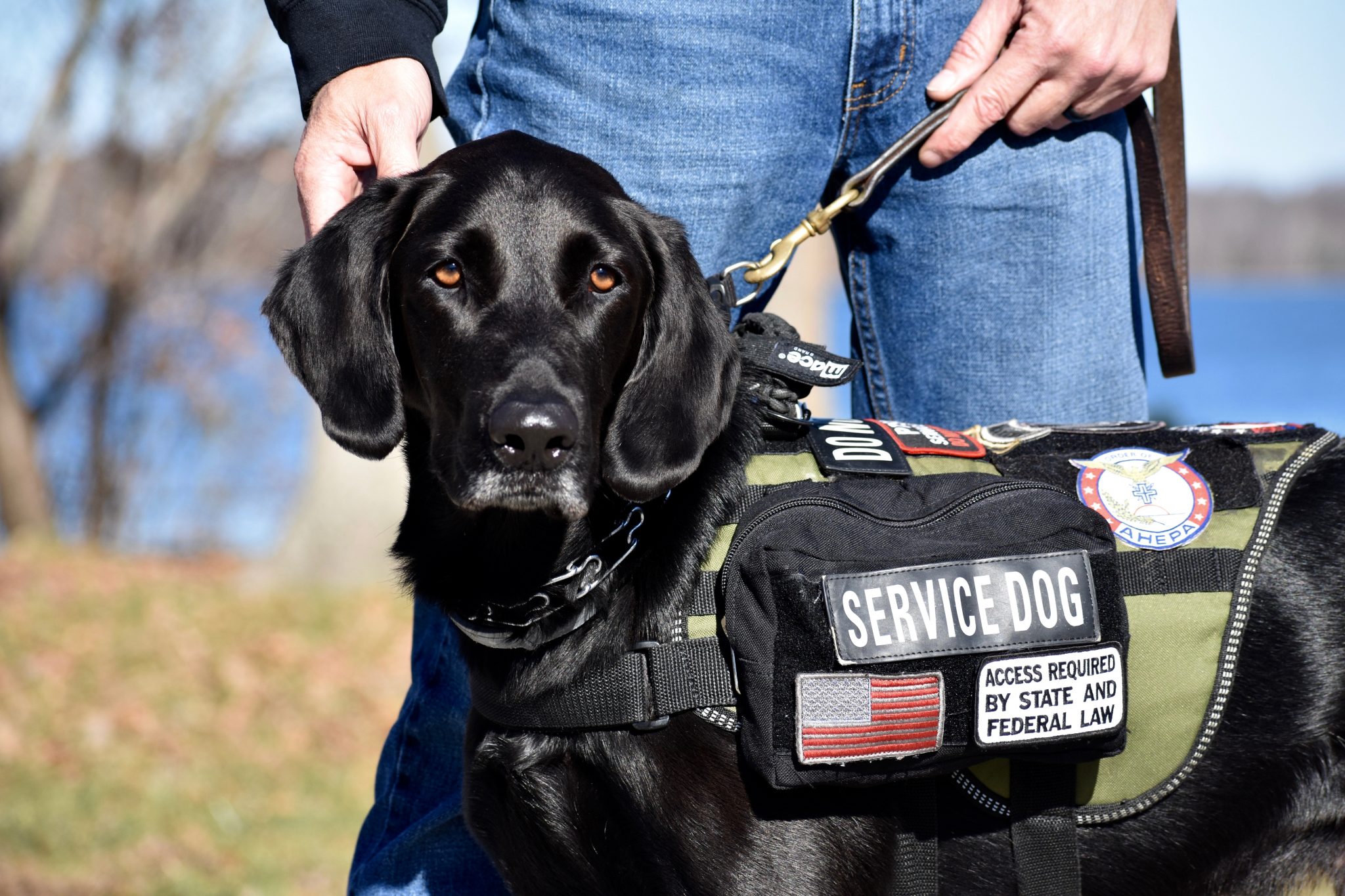 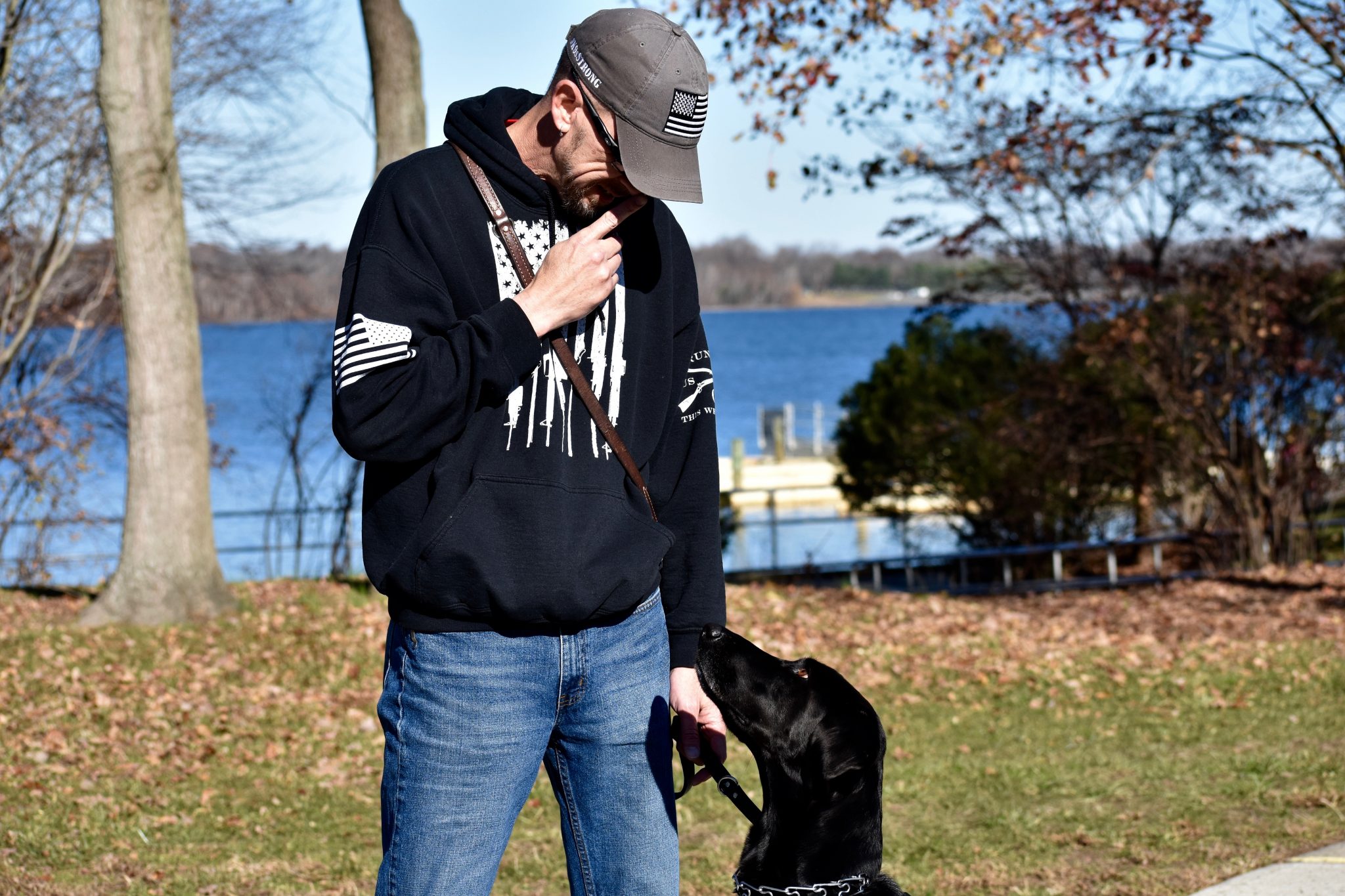 William Rommel of Brick once believed suicide was the answer to a problem he faced.

Frequented by apparitions of trauma, Rommel had difficulty living a normal life after military service.

“He’s doing it right now,” Rommel said as his service dog Rio nuzzled his hands, encouraging Rommel to stroke his fur. “Since we are talking about stuff that gets me a little emotional, (Rio) keeps my anxiety down when I pet him. That way, I’m able to talk without getting upset.”

Rommel, a 47-year-old veteran, served in the U.S. Army from 1996 to 2002. After leaving the army in 2002, Rommel had trouble adjusting to life outside of service. He explained that routine tasks such as visiting a bank or grocery store were unnecessarily complicated.

“It was then that I tried to commit suicide,” Rommel said, who in 2003 went back into the army because he “could not cope” in everyday life. He served for another 10 years.

Rommel was diagnosed with Post-traumatic stress disorder (PTSD) in 2008. PTSD is a disorder in which a person has difficulty recovering after experiencing or witnessing a terrifying event.

Symptoms of PTSD can include disturbing thoughts, feelings, or dreams, mental or physical distress, difficulty sleeping, and changes in how a person thinks and feels.

According to greatergood.org, about 22 veterans commit suicide each day.

“In 2013, I had two years left before I could retire. I couldn’t do it. I was choosing between suicide and going to work everyday,” Rommel said. “We had a lot of horrible events happen.”

After permanently leaving the army in 2013, Rommel went right to work. He tested out several types of jobs before moving from Arizona to New Jersey in 2015.

In 2016, Rommel participated in “Operation Ruck It,” a 22-kilometer ruck-style walk along the Jersey Shore to raise awareness about veteran suicide, as well as raise funds for the veteran non-profit Operation Restored Warrior.

“It was (at the walk) that I saw a (veteran) with a dog,” Rommel said. “I asked him about his dog and he told me about K9s For Warriors … he said (the program) would change my life.”

According to the organization, “Our focus is on healing, helping the veteran and paired service dog build a bond to facilitate healing and recovery. As the healing takes place, the reintegration to society begins.”

Rommel said matches are based on a veteran’s personality and lifestyle. A professional dog trainer then determines which canine will be a good match for each veteran in the program.

The program includes a free three-week training course in Florida. During this time, veterans become acquainted with their new service dogs.

“The first words I heard when I (arrived at training) was ‘breathe.’ I wasn’t in a good spot and I was nervous. Everything, the facilities, it was all donated. There were acres of training for the dogs and a five-star resort for us (veterans). The second day, you are (at training), you meet your partner and are tethered to them. You stay that way for the 21 days you are there,” Rommel said.

According to k9sforwarriors.org, 90% of the service dogs come from rescue or high kill shelters, or are owner-surrendered.

Rommel was matched with a black Labradane named Rio. Rio was rescued from a high kill shelter at 5 months old. Now three-years-old, Rommel described his canine companion as his right-hand man, saying, “from day one, (Rio) has been by my side.”

“He keeps me away from myself,” Rommel said. “When my kids and my wife go to school, (Rio) keeps me out of my own head. (Rio) knows if I’m thinking too deeply about things. He grounds me and pulls me right back down so I don’t stay in those (negative) thoughts. Otherwise, I would sit and stare and be stuck (in thought). (Rio) breaks that.”

“Nobody else is allowed to feed or walk Rio. His everyday needs are met by me. Even if you’re having a really bad day and you don’t feel like doing much, (Rio) is going to keep you at that minimum schedule (to feed and let him out),” Rommel said.

Rommel enjoys taking Rio to the beach where the duo can enjoy an early morning sunrise. When Rommel takes his children to the park, he lets Rio run around “and just be a dog.”

“(Rio) loves to go to work. When it’s time to put his vest on, he gets excited and knows this is what he is doing now. (Rio) has changed my life completely. Not just mine, but other veterans who he has been in contact with. One specific veteran did not even like dogs but now he is on the list to get (a service dog),” Rommel said.

Rommel said Rio is trained make him feel safe when his back is turned. When conducting daily tasks such as using an ATM machine or standing in line at a grocery store, Rio stands behind him.

Rommel said Rio can also detect migraines before they occur.

For more information about service dogs for veterans, www.k9sforwarriors.org. 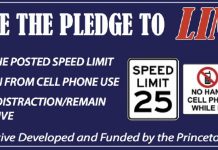 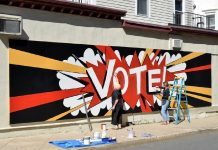 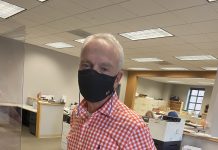