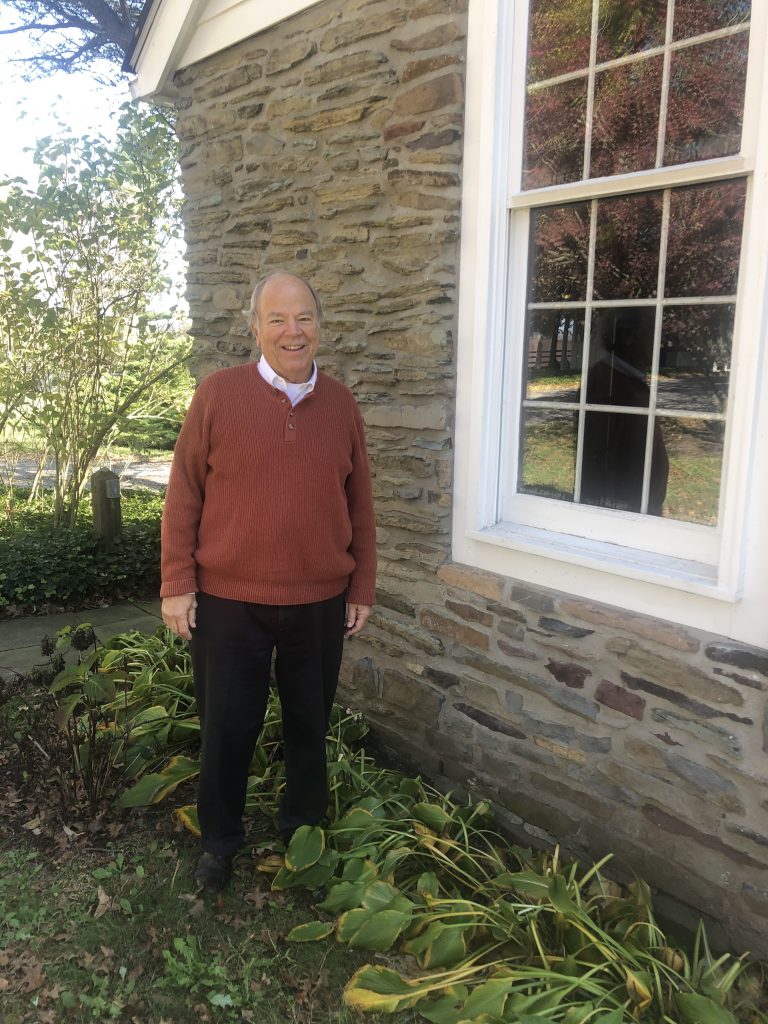 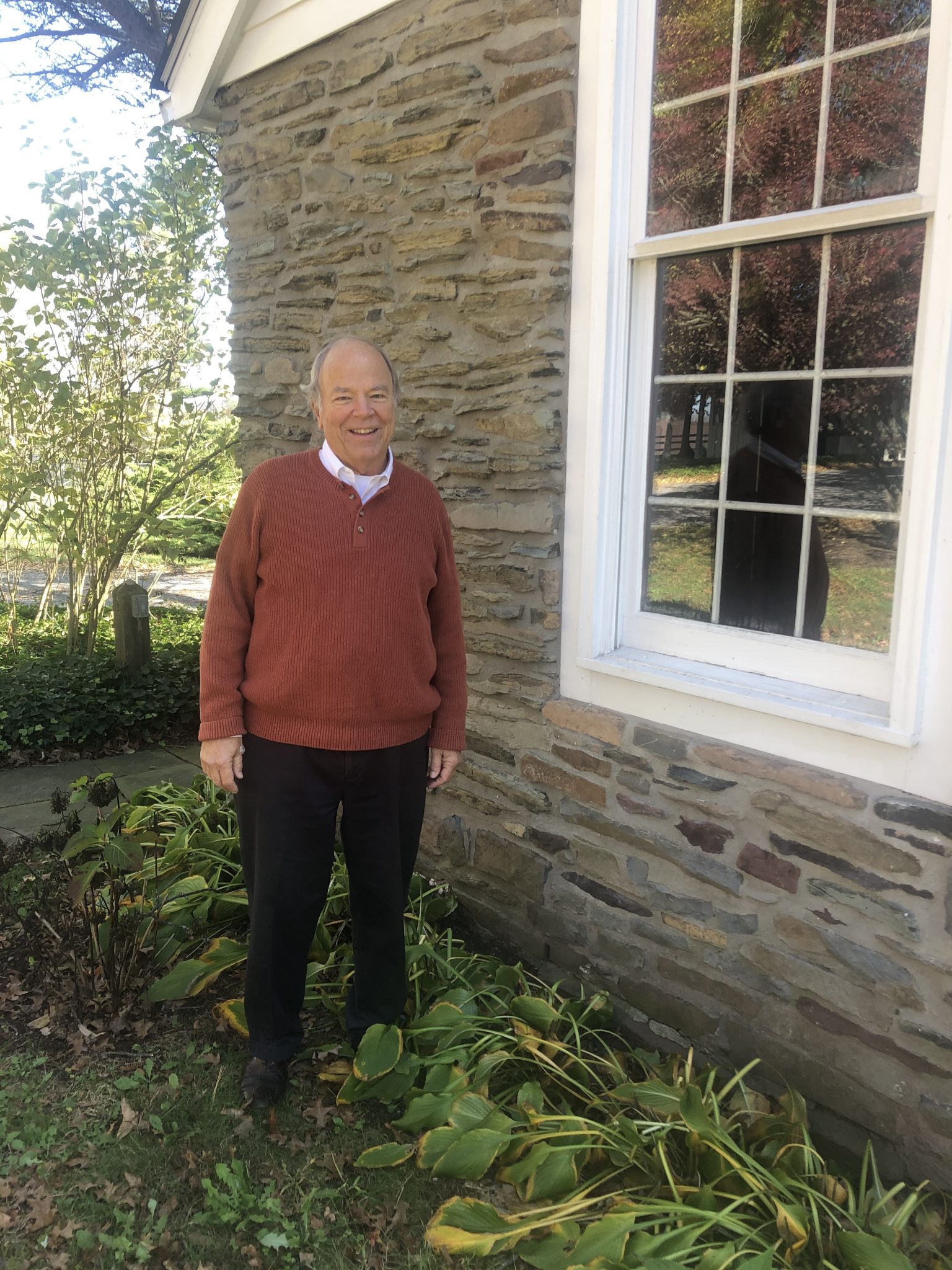 Bob Wolfe has a joyful quality about him no matter what the season ‘tis.

Bearing no resemblance to Santa Claus, Bob nevertheless is one of those individuals who actually has exhibited a Santa-style twinkle in his eyes and smile on his face – every time I have seen him over the past 25 years.

As former and founding head of the “boutique” real estate advisory firm Picus Associates, the Plainsboro-based company with the legacy of overseeing the development of Princeton University’s Forrestal properties, Bob feels particular joy these days for two reasons. He is able to work, and he still wants to work even in retirement.

Princeton Forrestal Center is celebrating its 45th anniversary, and Bob is commemorating his “one year anniversary of working – after his official retirement,” said Bob, who enjoys an emeritus status in the firm he formed in 1993, as a spin-off of the development firm K.S. Sweet Associates.

I had the pleasure of working with Bob in his role of planning and developing Princeton Forrestal Center, when I was director of community and state affairs for Princeton University.

The other cause for celebration in Bob’s life centers on the fact that he still feels good enough to work. For the past several years, he has been battling a rare blood disorder that requires regular transfusions and can lead to complications, such as his recent bout with congestive heart failure.

“I had to be hospitalized this June after I barely completed the festivities associated with Princeton University’s reunions,” said Bob, Princeton University class of 1969. The renowned Princeton alumni event marked another milestone occasion in Bob’s life, his 50th college reunion.

In spite of his retirement and his health challenges, Bob is still very much engaged in the future of his firm and the future of Central Jersey region that hosts Princeton Forrestal Center.

“Conceived by Princeton University, Princeton Forrestal Center has influenced the shape and pattern of development in central New Jersey and continues to serve as a major contributor to the economic engine of the Route One corridor,” said Bob.

With his characteristic joyful grin, he rattled off the statistics defining the center: 2,200 contiguous acres of mixed uses; 175 businesses with 15,000 employees; six hotels; 1,300 residential units to suit people at all stages of their lives; conference centers; fitness center; day care center; mass transit; and 700 acres of open space, an amenity that is  “very important to me as well as Plainsboro’s Mayor Pete Cantu…. I am very proud of the fact that Princeton Forrestal Center attracts some of the most prestigious and respected companies in the world, ranging from multinationals to start-ups,” he said.

His passion for staying involved is due to the fact that “there still is more to be done,” said Bob who looks forward to making further development projects at Princeton Forrestal Center responsive forward to the ever-changing needs demands of the community.

Appropriately, the name Picus refers to the Roman god of agriculture who could foretell the future. Relying on the counsel of his wife whom he met when they both were graduate students at Stanford Business School, Bob avoided using the name “Wolfe” as a corporate nomenclature and opted for Picus.

But the predictions of the Picus senior real estate professionals are based not on divine powers, but rather on strategic analysis of pertinent data and intense engagement with the community and all of its stakeholders.

The road Bob took from Princeton University graduation to Picus Associates was a little circuitous, but pleasantly serendipitous.

After graduating from Princeton University, he worked on Wall Street; served in the Army reserves; graduated from Stanford Business School; became a management consultant for Stanford and learned about managing Stanford’s industrial properties; and finally was recruited by a Princeton University financial vice president to return “home” to work as his executive assistant.

He soon got promoted to assistant treasurer, a position that brought him into contact with Ken Sweet – “a real estate genius who was hired as a consultant to advise the university on its real estate holdings,” said Bob.

“At the end of 1976, I joined K.S. Sweet Associates, because it represented a very exciting professional opportunity to affect the physical and economic future of the region. What was really so appealing to me was that I would be helping to give birth to a real estate project whose backer (Princeton University) truly cared as much about doing good – doing the right thing -(for the region) as it cared about doing well financially for itself. It was not going to be a typical development project,” he said.

During his first year of retirement in 2019, Bob maintained a physical and virtual connection with the office. Nowadays, if he is in the area, Bob will go into the office. When he is in Florida for a few months of the year, it is phone and email connection.

Even in Florida, Bob is somewhat allergic to just relaxing. In addition to his Picus work, he is managing the Florida Rowing Center, a facility that he and three of his friends bought a few years ago. The partners rescued the center, which was on the verge of dying.

“The center required major subsidy and tender loving care. I rowed at Princeton for two years – was not spectacular at the sport, but loved it – and developed a real appreciation for the mental and physical appeal of the sport,” he said.

When back in New Jersey, Bob goes from the water of Florida to the woods of East Amwell.

He and his wife, who is a world-class dressage competitor, own a farm that fulfills his wife’s love of horses, as well as their mutual love for historic preservation and open space. Pine Twig Farm dates from the 1750s, and the farmhouse is from 1830. He believes that his connection to the environment makes him a better developer of suburban spaces such as Princeton Forrestal Center.