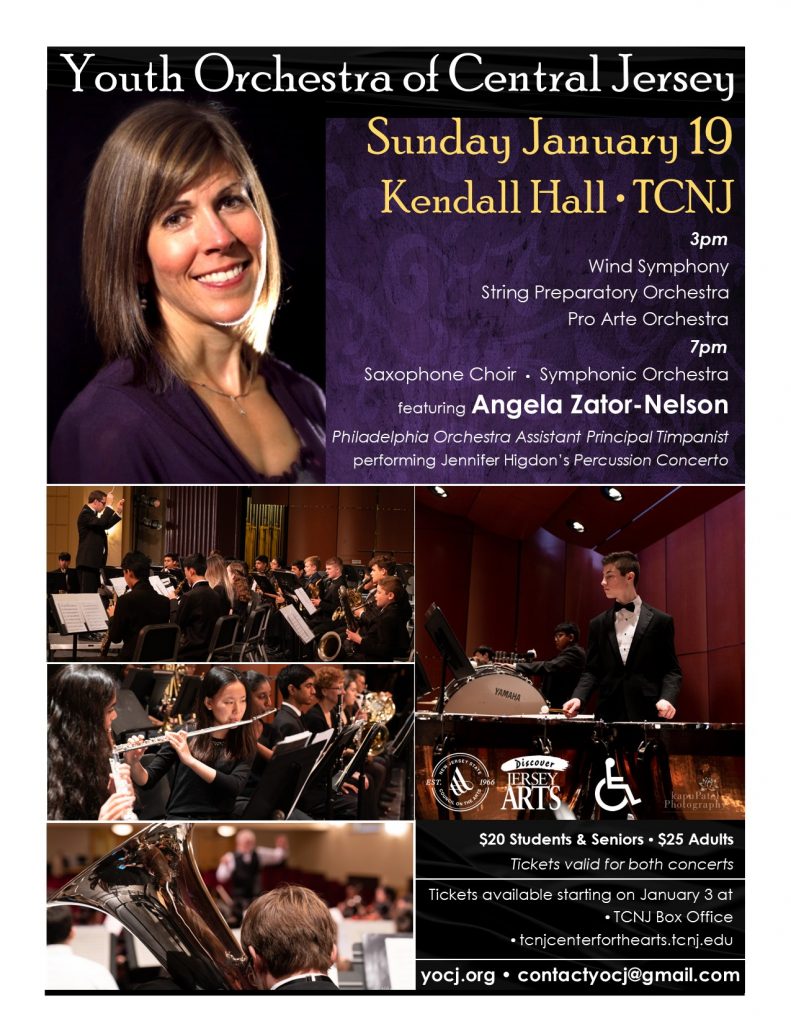 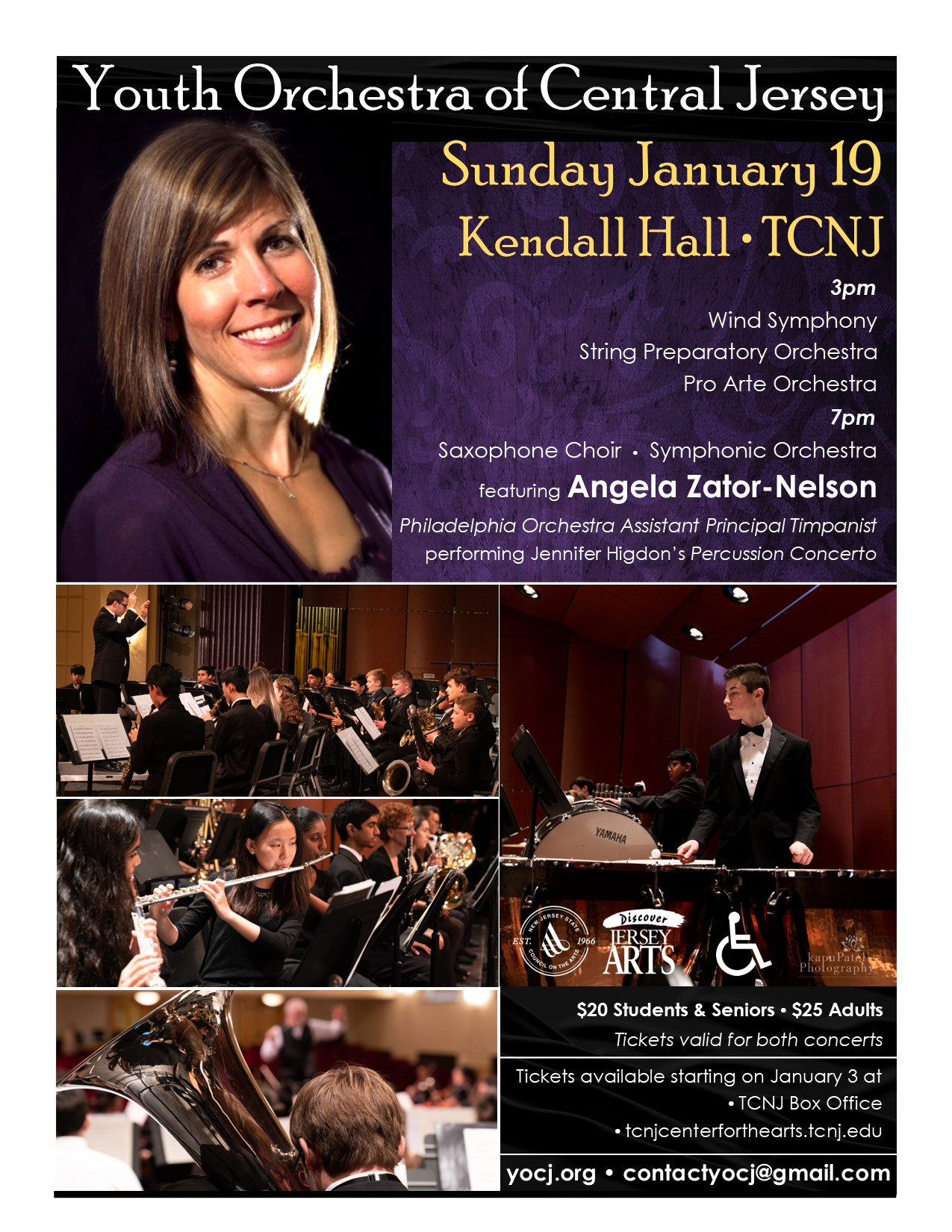 Angela Zator-Nelson, the Associate Principal Timpanist for the Philadelphia Orchestra, will perform with the Youth Orchestra of Central Jersey (YOCJ) on Sunday, Jan. 19, at 7 p.m.

The performance of Ms. Higdon’s “Percussion Concerto” is the featured event of the annual YOCJ winter concerts, to be held at Kendall Hall, at The College of New Jersey in Ewing.

The evening concert will also feature an array of classical and modern music performed by YOCJ’s most advanced groups, the Saxophone Choir and the Symphonic Orchestra.

An earlier concert, at 3 p.m., will include the String Preparatory Orchestra, Pro Arte Orchestra, and Wind Symphony. All tickets are good for both concerts. Tickets are $25 for adults and $20 for seniors and students.

Angela rehearsed extensively with the orchestra, working with students individually and helping many grow as musicians.

YOCJ’s Percussion Director Chris Colaneri said, “It was a pleasure to have Zator-Nelson work with the the YOCJ Orchestra. She was an inspiration to the percussion section and energized us to reach our full potential.”

Ariane Adcroft, a sophomore percussionist from West Windsor-Plainsboro High School South says, “Rehearsing with an experienced and talented percussionist like Angela Zator-Nelson was an amazing opportunity, and watching her play really inspired me to work towards her level of performance.”

Tickets will be available at http://www.tcnj.edu/boxoffice or the Kendall Hall box office on the day of the concert.

Kendall Hall is located behind Park Drive on the TCNJ campus, which is found at 2000 Pennington Road in Ewing.

In addition to the concert, Angela will conduct a master class for YOCJ that will be free and open to the public. The class will be held on April 7 at 7 p.m. at West Windsor-Plainsboro High School North.

YOCJ is composed of about 250 student players who seek to improve and play at a higher level. Players must be privately taught, and must continue to work with their school orchestras and bands.