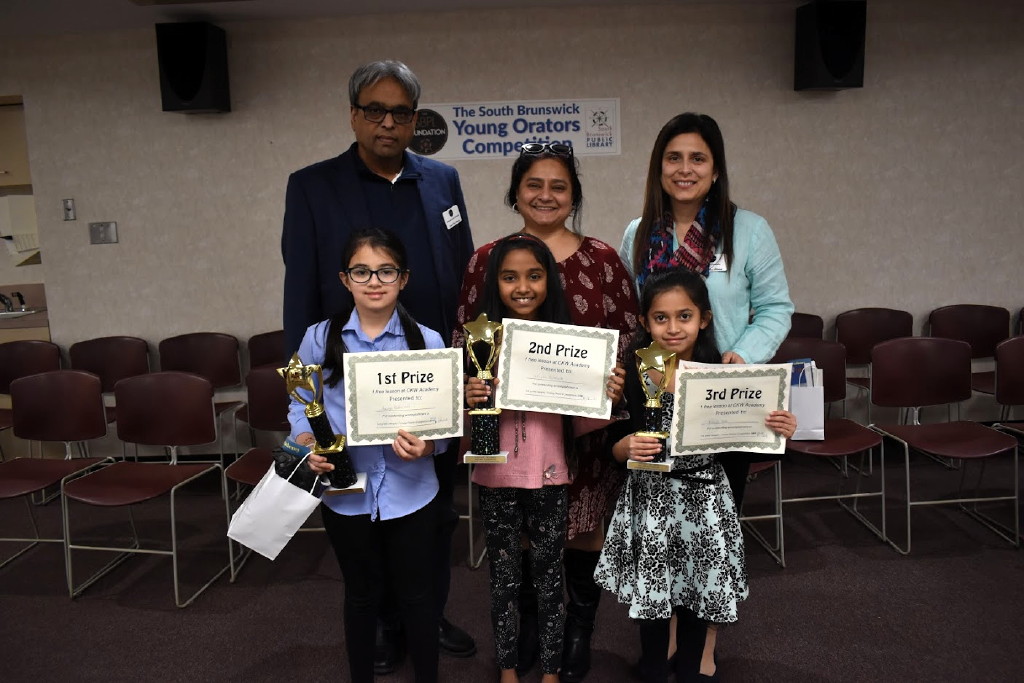 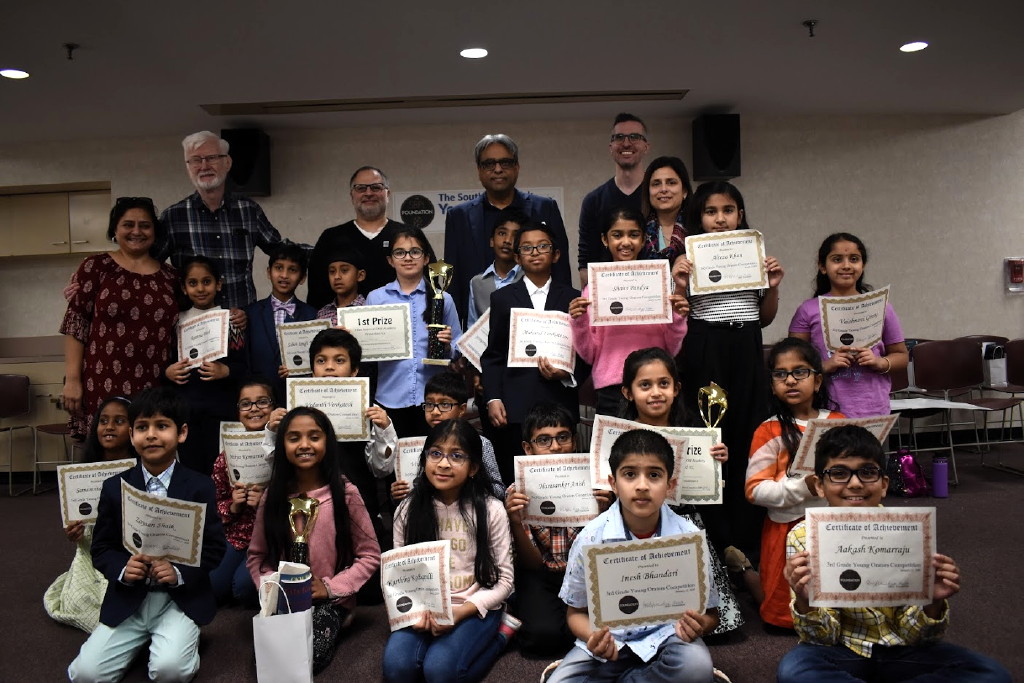 Dressed in their best and seated in rows facing an audience of friends and family, each of the participants took a turn to speak for about 10 minutes in the large meeting room at the library.

Children’s Head Librarian Matt Kirschner said he was truly surprised at how each of the third graders spoke to the audience with courage and composure. But, three top performers had to be selected. It was not an easy choice for the judges. The three winners were:

At registration, participants were asked to choose from building community, the environment and social media and then write a 150-word essay about the chosen topic.

“Public speaking is a critical skill that is best practiced early in a student’s career,” said Bina Mehta, event chair and foundation secretary. Mehta said the goal of this new competition is to help the young students build skills to speak and write creatively and confidently.

“This is what libraries do. Literary support is a way for the Library Foundation to give back to the community for generations to come,” she said.

The third graders were the last group to compete on Jan. 12.

SBPL Foundation’s Young Orators Competition series was presented in partnership with the CKW Academy and the Youth Leadership Development Program.