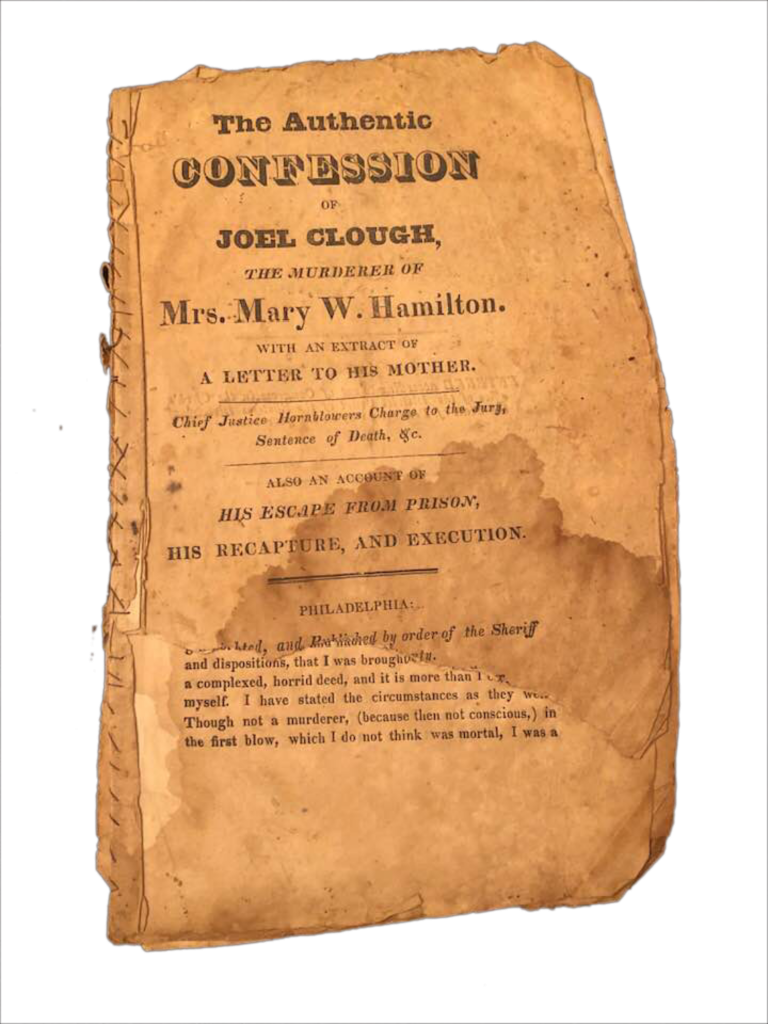 Original Pamphlet of the Confession of Joel Clough, circa 1833. Submitted Photo
× 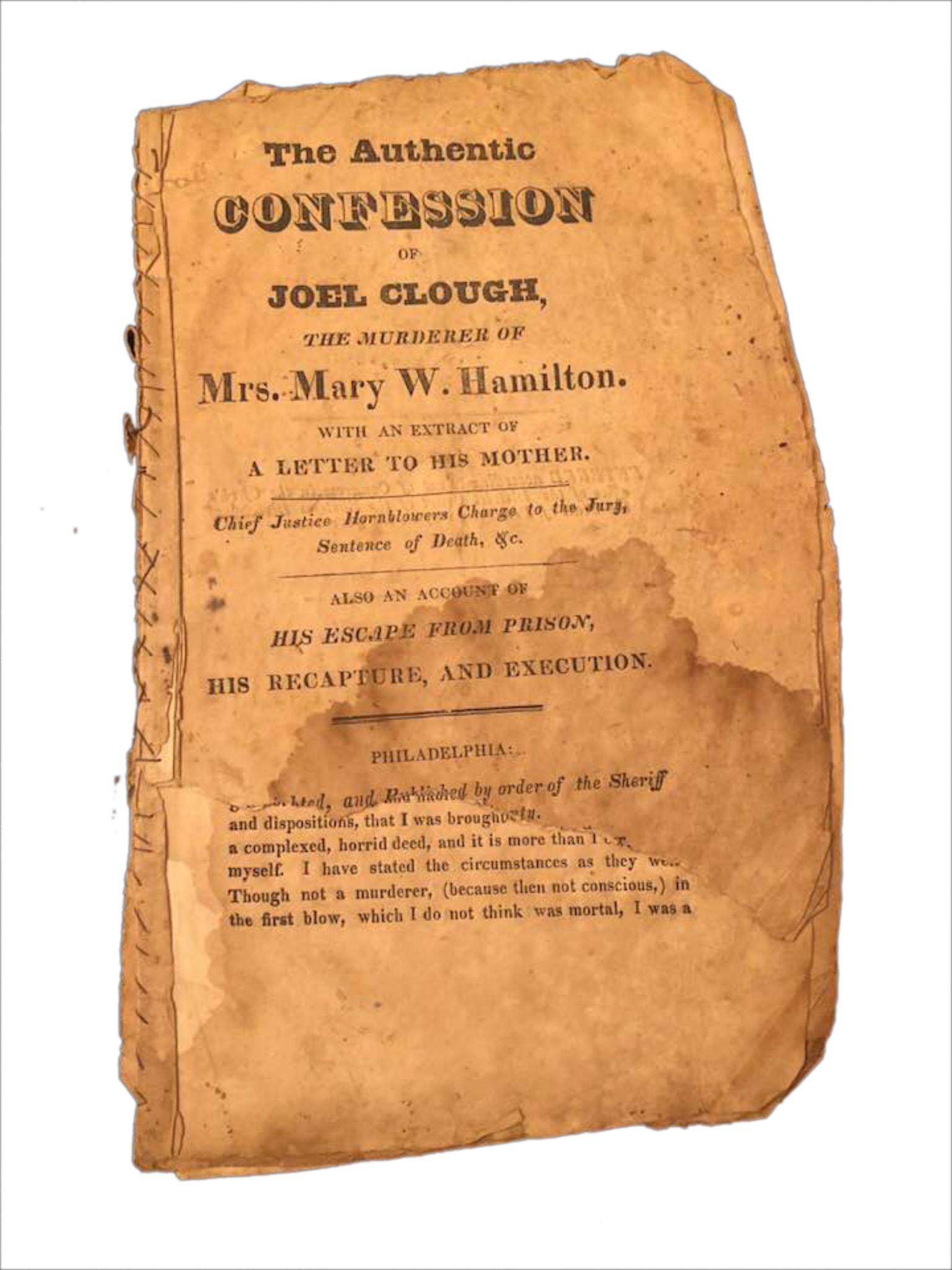 Original Pamphlet of the Confession of Joel Clough, circa 1833. Submitted Photo

The Bordentown Historical Society is looking for the area’s best storytellers to step up and participate in a brand-new program this spring.

Local patrons who have an affection for storytelling and the obscure mysteries of the area’s history will have the opportunity to share these interests when the Bordentown Historical Society presents its new event series this spring, “Harrowing History.”

Historical society officials said the new series is aimed to showcase Bordentown’s history with an entertaining twist as costumed storytellers will take people on an adventure to explore the lesser known and more macabre side of Bordentown.

Officials said the events are intended to let people relax, or in some cases, sit on the edge of their seat, as storytellers divulge incidents that time has forgotten and even locals no longer remember.

Kristi Kantorski, the Bordentown Historical Society Art & Marketing Director who’s curating this program, explained that the idea for the new series was adopted approximately one year ago when she and historical society co-president Doug Kiovsky were looking for items and researching the “Untold Stories” series, Kiovsky found a file that contained several “dark and somewhat sinister” printed articles from the late 1870s.

“He showed me the articles and I began to wonder what else happened in this quiet, charming and friendly little town that people now no longer remember,” Kantorski said. “Initially, there did not appear to be much, but I continued to dig and discovered a world akin to stories of the ‘Wild West.’ Thankfully, Bordentown is now a town where tranquility, a strong sense of community well-being, and good will take precedence.”

With just several of the unique items laid out before them, Kantorski began to develop the basis of the new event series. She explained that the program aims to explore true stories of the area, which included a smallpox epidemic, murderous tales of unrequited love and obsession, the brutal attack of a prominent citizen, a killer who shot his neighbor dead in front of countless witnesses, a mysterious drowned woman, tragic fires and more.

“In essence, ‘Harrowing History’ is about Bordentown’s darker, yet entirely real and true, creepy, scary and often hushed history as pulled from over a century old local and national records,” Kantorski said. “These are the true stories of murder, mayhem and tragedy. The historical society is delving into the darkest corners of Bordentown’s past… the gore, the gruesome, the whispered tales of the unfortunate.”

“This event is for those who want to be entertained by a theatrical storytelling performance of the macabre, criminal [in]justice, or a really good mystery with a ton of local history – then this event is definitely for them,” Kantorksi added.

“Don’t doubt for a moment that one will be hearing a ‘tall tale’ or rumors passed down over time and reported as truth,” she said.

Although this series is planned to present some of Bordentown’s lesser known, yet interesting history, historical society officials are now calling on locals to help step in and participate in the program.

Historical society officials said the program is looking to do storyteller “performances” of several selected Harrowing History stories set in the Friends Meetinghouse on Farnsworth Avenue.

The event is currently planned to run from the end of April through mid-June and again from mid-September through November with performances running two Saturdays a month in the evening.

There will only be one performance per night. Historical society officials said people interested in performing should be energetic, have the ability to learn two stories with accuracy, enjoy dressing in period costume, and enjoy playing to a crowd.

The storyteller is aimed to teach Bordentown’s murder, mayhem and tragic history in a fun and immersive way to diverse audiences using a variety of techniques and educational themes; and use the art and tradition of oral storytelling to entertain guests.

For people interested in participating in the upcoming Harrowing History series, contact Kantorski via email at kkantorski@aol.com.