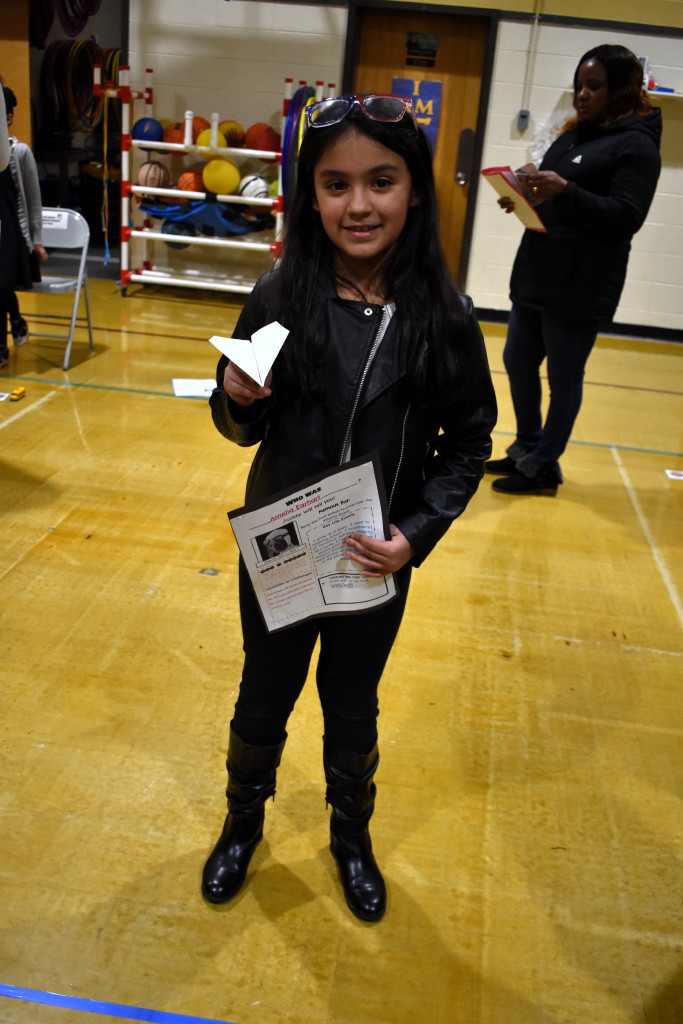 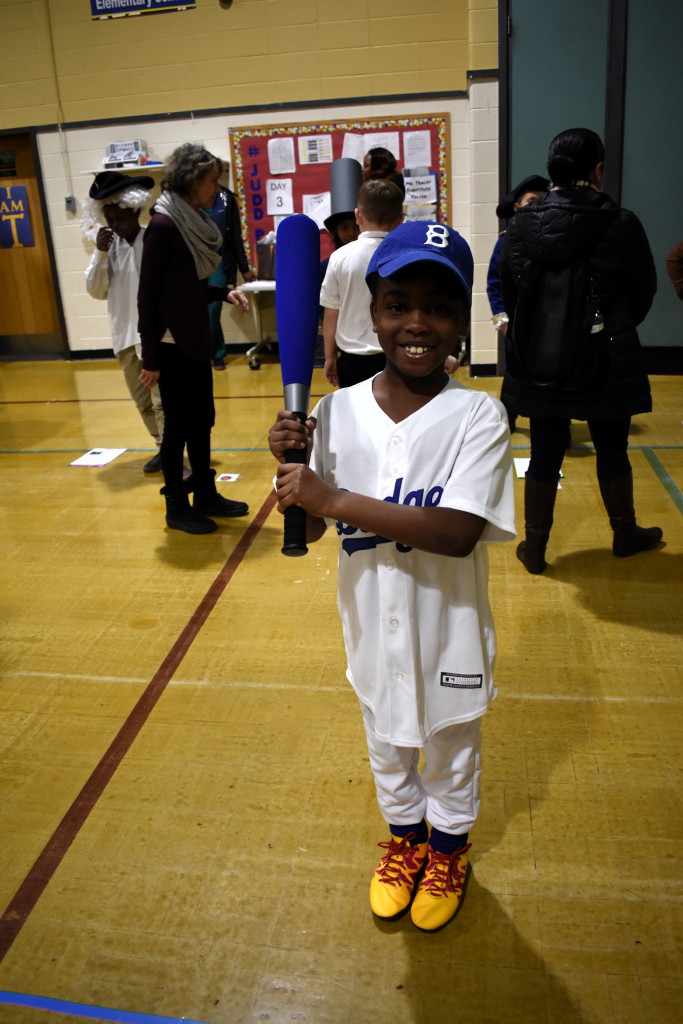 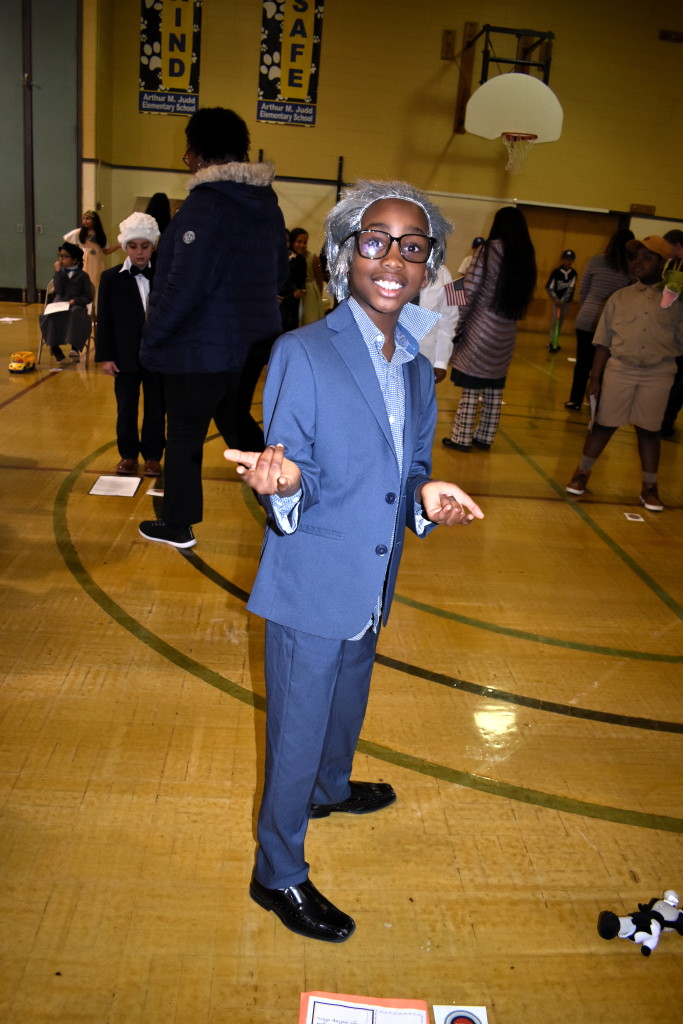 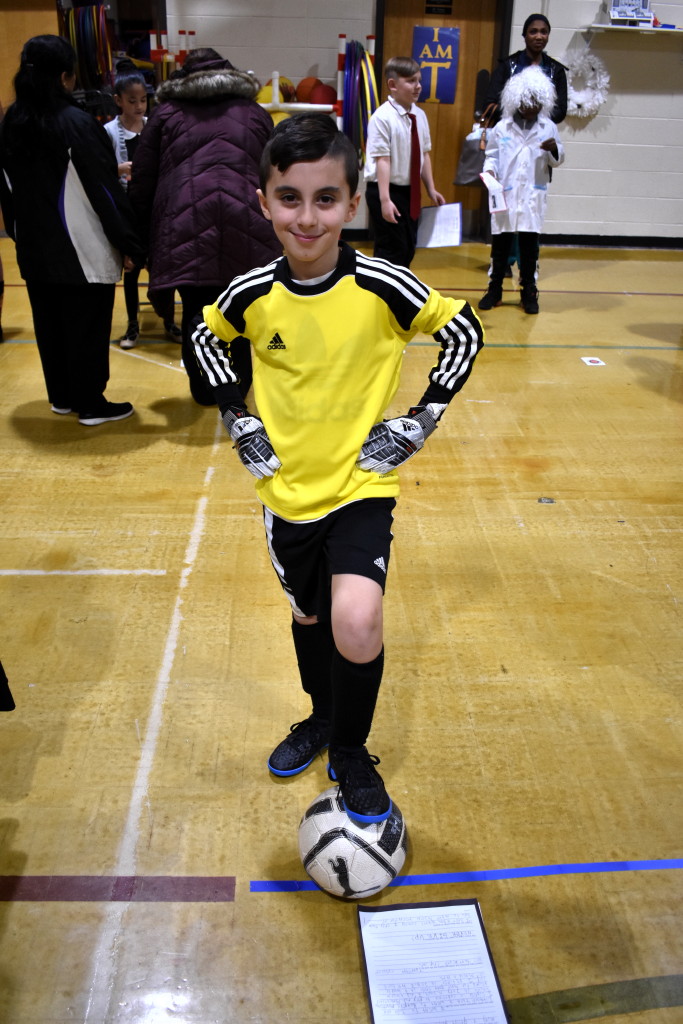 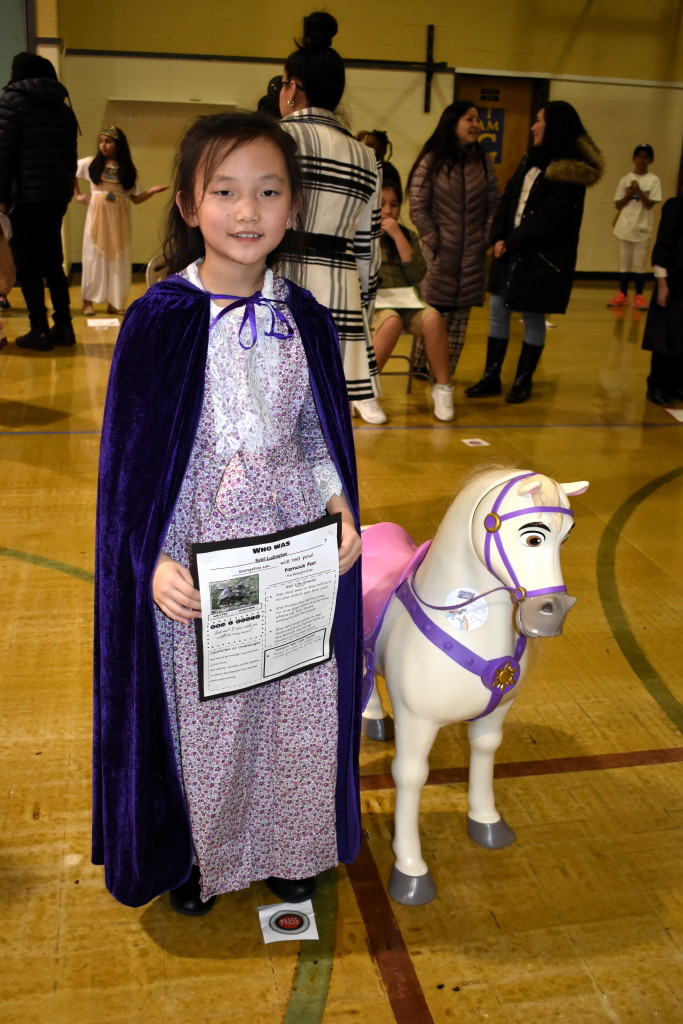 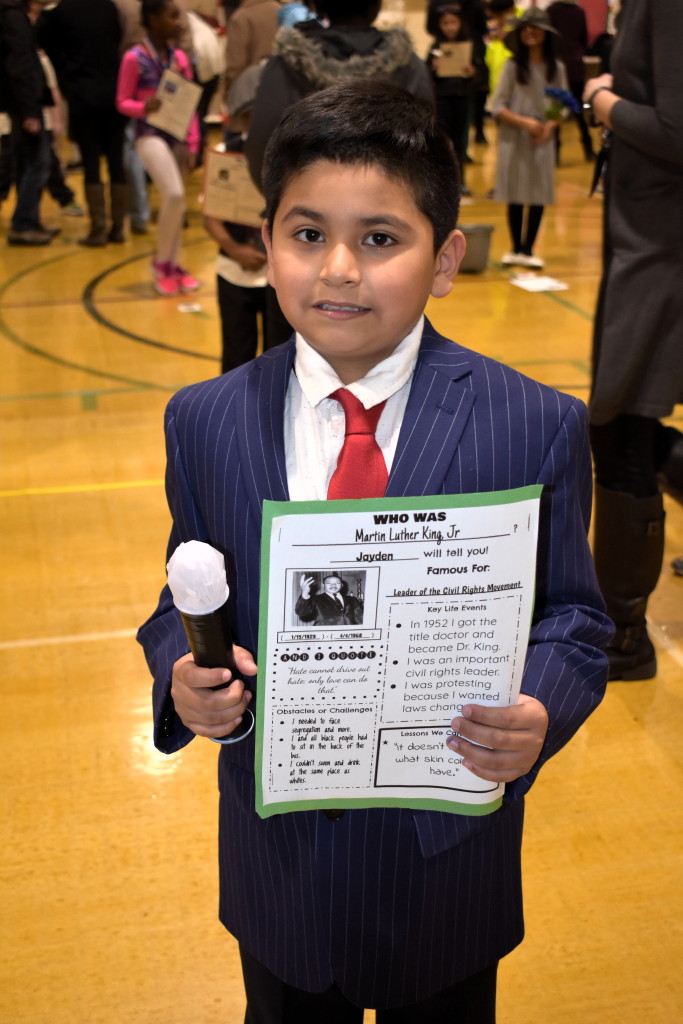 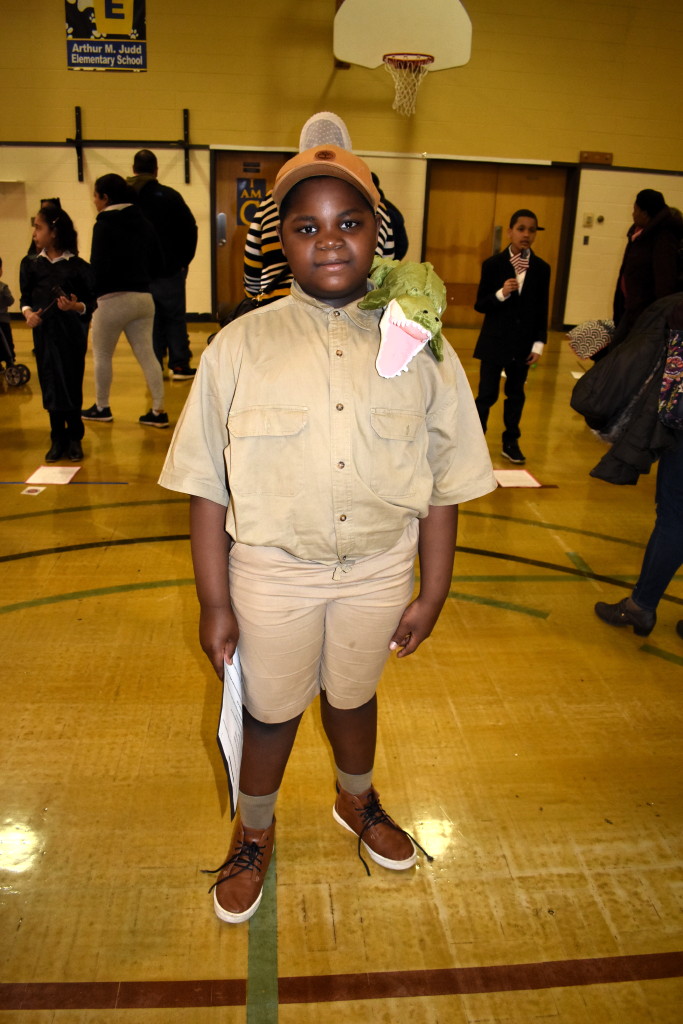 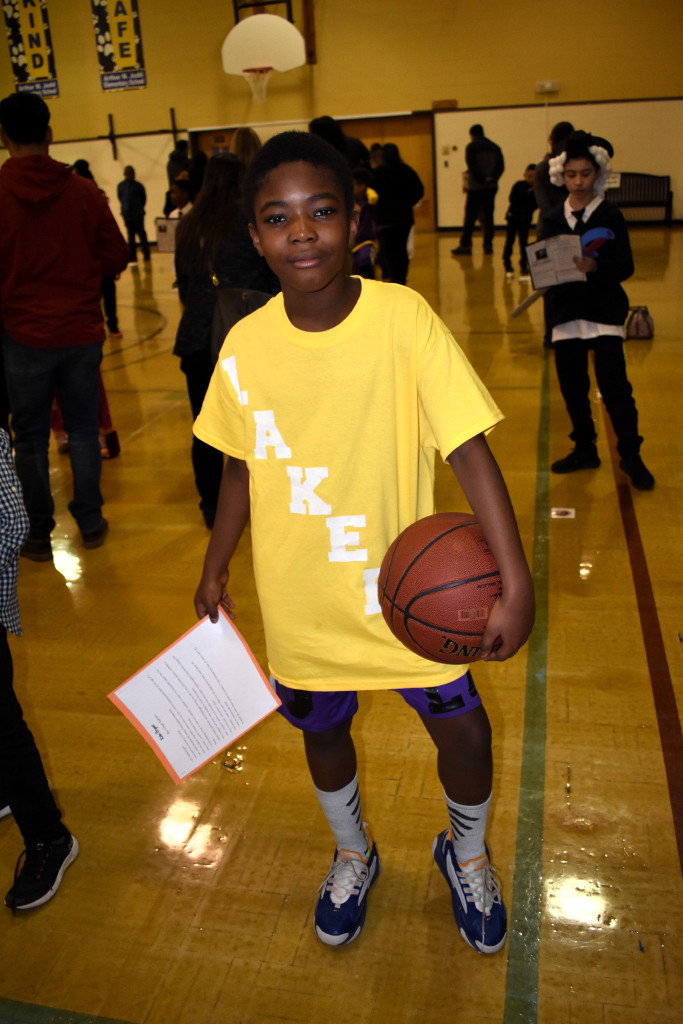 NORTH BRUNSWICK – Judd Elementary School in North Brunswick held its annual wax museum on Feb. 20, where students learned about their favorite historical figures, dressed up in their likeness and told their life stories.

He said he watched Bryant play on TV.  The legendary NBA star died on a helicopter crash on Jan. 26 in California. His daughter and seven others also perished in the crash that drew world-wide attention.

Chad said his father is a fan of LeBron James and the Los Angeles Lakers, the team that Bryant starred on during his illustrious career in the NBA.

“He was inspiring. If he didn’t make a shot he would go on and try harder to make another basket,” he said. “I felt bad for his death. I wanted him to live on in my body. I was so sad he died, and his daughter.”

Chad said he wants to start playing basketball because of Bryant.

As for the wax museum, Chad said, “I think it’s special because you get to honor people alive now or who passed away and live on. … You get to become a person you like so you can act like them.”

George said he likes Howard because he also went to Judd, and he wants to go to Rutgers University and be a soccer player just like him. He said Howard has the world record for most goals saved in a World Cup.

“It’s fun and they’re telling stuff about your character,” he said of the wax museum.

He said it is “scary” that Irwin used to hunt crocodiles.

He said he did a lot of his research in class.

“I really like Marvel and he created the Marvel Universe so I chose him,” he said.

Earl said an interesting fact is that since Lee had arachnophobia, to get rid of his fear of spiders he created Spider Man.

“There is so much action in comics, it’s really cool. So many superheroes,” he said. “They’re cool powers. They’re cool movies.”

He said the project is “a lot of fun, totally worth it. … It’s really fun and I get a lot of attention.”

“I like how he changed baseball,” he said. “It’s scary sometimes but you have to be brave.”

He said he didn’t know baseball had segregation, but that “people should get treated fairly.”

“I do like flying and she does it really cool,” she said.

Jatlene said she felt “famous” during the wax museum.

“I feel important,” she said. “I think a lot of people know who she is.”

“I liked how she had a horse and she was brave to go on the Midnight Ride,” she said.

Evangeline said she learned about Ludington during Social Studies. She read a book and looked up information on the computer.

“I didn’t know who she was until I learned about her,” she said.

She said she was “excited” to tell her story.