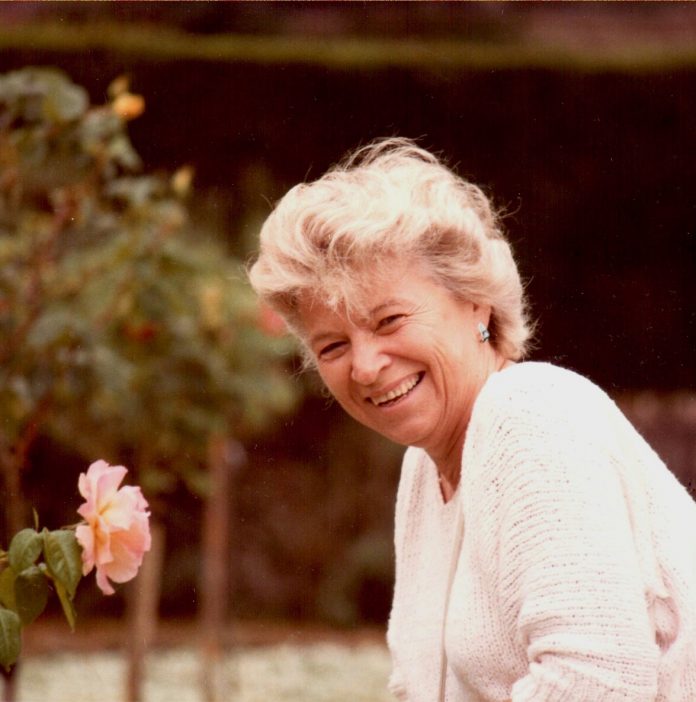 Janelle Connevey Morris of Princeton, New Jersey, passed away peacefully on May 17, 2020 at the age of 93. She is reunited for eternity with her beloved husband of 72 years, Mac Glenn Morris, and their beloved daughter Patricia Morris Harris, who preceded her mother in death exactly one year earlier.

Janelle was born in Breckenridge, Texas, on August 19, 1926 to John Lawrence Connevey, an oil company superintendent, and Virginia Nell Connevey, née Sutton, and had two sisters, Maxine and Madge. Janelle was raised in Tuleta, Texas, a suburb of Beeville, by her father and stepmother, Mary Alice (Mamie) Connevey, née Underwood, surrounded by love and laughter, and enjoyed many travels with Maxine by her side to New Mexico and Colorado.

Janelle met her husband Mac, a Marine bomber pilot, when he was assigned to Chase Field Naval Air Station in Beeville shortly after returning from service in the Pacific during World War II. They were married at her home in Tuleta on July 27, 1946 before moving to Princeton, New Jersey in 1947, where they raised their four children. Their life together was marked by an immense love for one another, enjoyment of every moment spent with their children and grandchildren, a wonderful circle of friends, and annual road trips out West.

Many happy days were enjoyed by the Morris family and their treasured friends at Clearbrook Farm in Princeton, where Janelle and Mac raised their family. They purchased Clearbrook Farm, originally the country home of Moses Taylor Pyne, in 1962 and Janelle found great joy in making the house a home by renovating, painting, and wallpapering it herself. Janelle’s hospitality knew no bounds and Clearbrook Farm quickly became synonymous with a place of celebration and joy, hosting church gatherings, large Thanksgiving dinners for family and friends, plays that Janelle wrote, and Davidson reunions for hundreds of alumni. Janelle opened her home and her heart to all, treating strangers as friends and friends as family, always cooking for a big crowd, entertaining guests around the piano, and creating traditions at Clearbrook that have been carried on for generations.

Janelle was known for her contagious laughter and sense of humor, her unconditional kindness and warmth, her Texas pride, and her heartfelt love of music. As a natural creative, she enjoyed staying up all night sewing clothes, curtains, and outfits for her grandchildren. She had a deep knowledge and admiration of Southwest Native American jewelry and developed lifelong friendships with local artists. This later inspired her career as a buyer, sharing their craft with the Princeton community. She found beauty in everything—in the people she met, the clouds in the sky, the flowers in her garden, and through music and verse. She laughed easily and often, mainly at herself. She valued her faith and was a proud deacon of the Nassau Presbyterian Church. Most of all, Janelle loved her hero, Mac Morris, and their marriage was a love story that continues to inspire all who were lucky enough to know them.

In lieu of flowers, the family requests that donations be made in Janelle’s name to Nassau Presbyterian Church in Princeton, New Jersey.