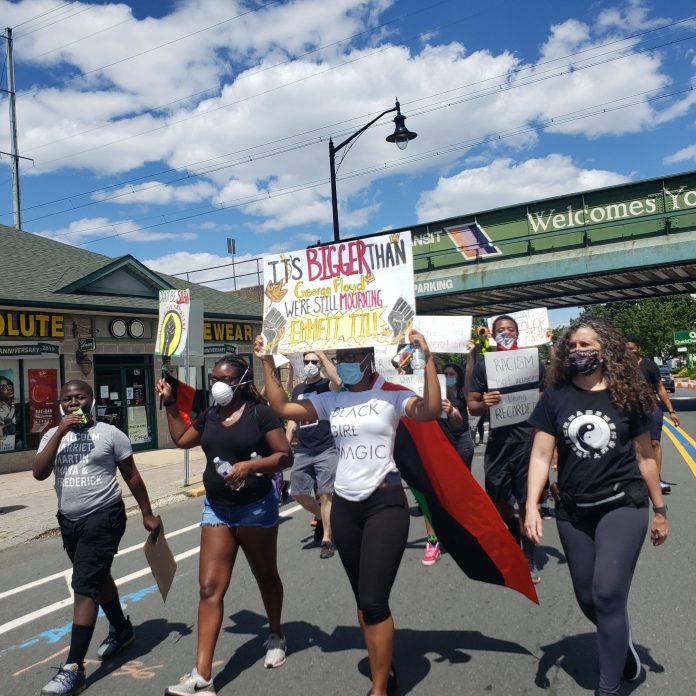 EDISON – Education is key to combat racism, misogyny and hate.

Edison Council President Joyce Ship-Freeman, who became the first African American woman to serve on the council in January, addressed the public at a council meeting on June 10.

Along with the events in Minneapolis and the Black Lives Matter movement, she noted this year marks the 100th anniversary of the women’s constitutional right to vote.

“I’m really, really distraught about these things going on right now,” she said.

Ship-Freeman said she has been speaking to the younger generation, who are asking “Why?,” “What’s wrong with the adults?,” “Why is my hurt and their hurt not the same?”

The councilwoman said it goes back to education. She noted within the school system there is the Amistad curriculum plus the anti-racism curriculum, which was mandated the same day the Holocaust curriculum was mandated in 2002.

The implementation of the state’s Amistad law went into effect in 2019. It ensures students learn about the history of enslavement and its impact on the nation’s development.

“As of this day, only one school district in New Jersey is following the [anti-racism] curriculum,” she said.

Ship-Freeman said people’s ignorance comes from not having the history background.

“If we teach people from the beginning from [grades kindergarten through 12], I believe we wouldn’t have all these people walking in the street,” she said of the many peaceful protests in the wake of the events in Minneapolis. “The Black Lives Matter movement is not completely about George Floyd, it’s about inclusion and cooperation, for you to speak out at different times if you see it that particular way. You can’t just be an innocent bystander.”

Ship-Freeman said she stands 100% by the young generation, who want to move forward into the future.