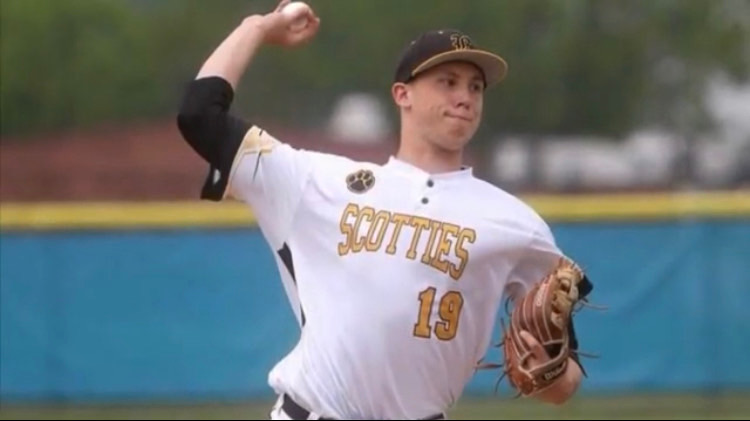 BORDENTOWN – High school baseball in New Jersey is gearing up for a summer tour with the Last Dance World Series, and the Bordentown Regional High School baseball team will be a part of it.

After seeing the spring season canceled due to the coronavirus pandemic, Coach Christopher Glenn and his Bordentown squad are ready to compete and enjoy the opportunity of getting back on the diamond again.

“It took a little bit of hard work but we’re going to get the chance to play and the kids are very happy about that,” Glenn said. “Getting this opportunity is a blessing.”

Eighteen players will fill out the Bordentown squad, six of whom are from the Class of 2020.

Senior right-handers Tommy Niedermaier and Nick Nemes will participate in the tournament for the Scotties, giving Bordentown a solid 1-2 punch at the top of its rotation.

Mike Giambelluca and Ryan Tomasulo will also be a part of the squad to anchor Bordentown’s lineup.

“Having Tommy and Nick on the mound is going to make us competitive,” Glenn said. “We’re going to compete and enjoy the time we have playing together on the field.”

The rest of the team will be filled with a mix of juniors, sophomores and freshmen.

Glenn said participation for the tournament is open to anyone in the program.

Glenn has yet to be in physical contact with the squad, with the NJSIAA stating in Phase I of its safety guidelines that no coach can conduct workouts with players until July 13.

The coach said players are in good hands with former players and parents conducting the workouts.

So far, Glenn has been told that the squad is looking good on the diamond and having fun being able to finally play with each other.

“Prior to the tournament, our players were just looking forward to being out on the field together,” Glenn said. “Any bit of work they’re getting on the field is great. What’s most important is they’re having fun playing together again.”

The Scotties are the No. 4 seed. Hamilton West High School’s Dirty Boyz Liedtka Trucking squad is the top seed in the region, while Steinert High School’s Hamilton Spartans squad was seeded No. 2 in the pool.

Nottingham High School’s Mercer Stars club rounds out the region as the No. 3 seed.

The 10B-Trenton Regional Region consists No. 1 The Program (The Hun School), No. 2 TCA (Trenton Catholic), No. 3 Big Red Machine (The Lawrenceville School) and No. 4 Red Raiders (The Pennington School).

Bordentown will open up the tournament against Hamilton West on July 14.

According to Glenn, the winners from the first two games of each region will get the chance to play each other in their second game of the tournament at Trenton Thunder’s Arm & Hammer Park the following day.

The two teams that are 2-0 after the first two games of pool play with square to advance to the single elimination round of 32.

The rest of teams will advance depending on how their record of three games in pool play matches up to the other teams in the entire South Jersey Bracket.

Competing against the best of the best in the whole state, with 222 slated to play in the Last Dance World Series, Glenn believes a deep run in the tournament would be a big positive for the program.

Winning the whole would be even bigger than winning a sectional or state championship, the coach added.

Win or lose, however, Glenn said that the most important part of the tournament for the team is his players getting the chance to play together one last time and to compete after missing out on those chances this spring.

“I hope our guys have fun playing with their buddies on the field after missing out on that opportunity this spring,” Glenn said. “Our guys are competitive and are going to compete. They’re gonna wanna go as far as they can in the tournament.”

Along with the Last Dance World Series, a team BBQ is being organized by the Bordentown Regional High School Baseball Booster Club for sometime this summer, Glenn added. It will be held in place of the team banquet that was postponed this year due to the virus.

After watching a spring go by without home runs, strikeouts, diving catches and walk-off celebrations to be seen, Bordentown is gearing up for one last run together to play the game they all love.

The summer of 2020 will mark new memories for the Bordentown baseball program and Glenn is looking forward to enjoying the time he has with his players on the diamond.

“Getting 18 players to come out this summer shows the commitment our boys have to the program,” Glenn said. “They’re going to take full advantage of what’s in front of them.”