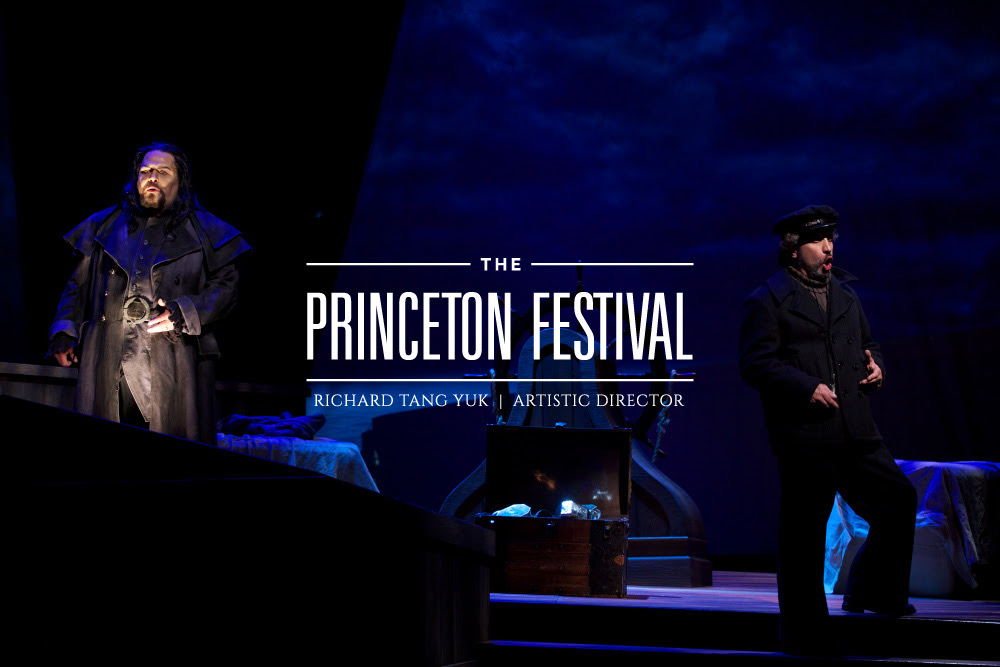 The Princeton Festival’s 2013 production of Richard Wagner’s The Flying Dutchman. PHOTO COURTESY OF THE PRINCETON FESTIVAL
×

The Princeton Festival’s 2013 production of Richard Wagner’s The Flying Dutchman. PHOTO COURTESY OF THE PRINCETON FESTIVAL

Executive and artistic directors such as Richard Tang Yuk had to quickly adapt their arts organization to a new terrain in the era of COVID-19.

Tang Yuk, executive and artistic director for the nonprofit arts organization The Princeton Festival, transitioned live artist performances to a virtual format and helped deliver digital content in lieu of a canceled in-person June season for the festival.

“The ideas formulated over a few weeks. I had a plan to reach out to some artists to see if they would commission some videos for us. We looked for some archived material to stream, archived or pre-recorded broadcasts that we had last year and have lecturers record some videos also,” he said. “However, I was still unsure how much content we would have.”

In the end, there would be enough digital content taking place in the month of June which replaced the canceled live performances in the same month due to the pandemic.

“From there we started investigating what platform we would use for people to access the content. Some work better than others. For example, Zoom works better for meetings and spoken word, but is not built for musical performances,” Tang Yuk said. “We were constantly testing features on various platforms prior to events. Nothing was ideal.”

The Princeton Festival dubbed the online festival “Virtually Yours,” which took six weeks to plan and execute before the first virtual performance on June 1. Virtually Yours finished its programming on June 28.

From the middle of March, it was clear to Tang Yuk that a decision canceling the June season would have to be announced in early April.

“Even though we have a June season, our artists arrive in May. So, we are in the middle of March, I am looking at our calendar and see that the artists arrive in the beginning of May, which means that we only have April and two weeks of March left to make a decision,” he said. “The timeline in my mind was much shorter than it might have been for our patrons.”

Tang Yuk would help lead further organizational changes while stuck in Trinidad and Tobago, where he was participating in a national festival. He continues running operations internationally and coordinating with a staff of six virtually, since the borders are still closed to international travel.

“There has not been any talk about when we will open up the borders for international travel here. What the prime minister has said is that it will happen in stages,” he said. “The borders would open up to Caribbean nations and then after that open to international destinations. There is not a firm return date yet for me.”

In the meantime, the republic is familiar place for him, as Tang Yuk grew up in Trinidad and all of his family is still residing in the country. He has several siblings who live in the country and he is currently staying with family as he awaits a return stateside.

“The most challenging part during this period is planning ahead with so much uncertainty. I know I am not alone. Everyone in the arts organization nonprofit world is thinking about the uncertainty,” Tang Yuk said. “Very few arts organizations own their own theater and we have to rent a space in order to plan some kind of performance. Most of the venues that we use are on academic campuses such as Princeton University.”

He is currently planning for the June season in 2021, but the uncertainty of a venue remains the big issue.

“What we are going to do is based on what venues we will have. We will have a tentative plan and a location will need to be confirmed by September, so that I can move ahead with the plan,” Tang Yuk said.

In addition to planning ahead, he has also been faced with the economic toll from the coronavirus on The Princeton Festival.

“We took advantage of the Paycheck Protection Program (PPP) loan. We missed the first wave of legislation by a few hours, so we did apply again and did get approved for a PPP loan,” he said. “That did help us with payroll for eight weeks. We are very careful with how we spend out donors’ money as well.”

Before canceling the June 2020 season, every single major donor was called individually and informed that the season would have to be canceled.

“We asked them what they would like us to do with their money and everybody was understanding. They informed us that we could use the funds for what we needed,” Tang Yuk said. “We have been OK up until now. We have a staff to pay and do not want to let them go. We will need them when we eventually get out of this.”

The Princeton Festival is not yet finished for 2020. The organization has a virtual piano competition scheduled for Sept. 7, a virtual gala planned for Oct. 24, and a potential program discussion about diversity and equity specifically related to the performing arts.

“I do miss standing in the orchestra pit and conducting an opera with this gorgeous music. I miss experiencing the product live and the palpable excitement and appreciation of the audience,” Tang Yuk added. “A recording, no matter how professional it is, cannot compare to live performances.”