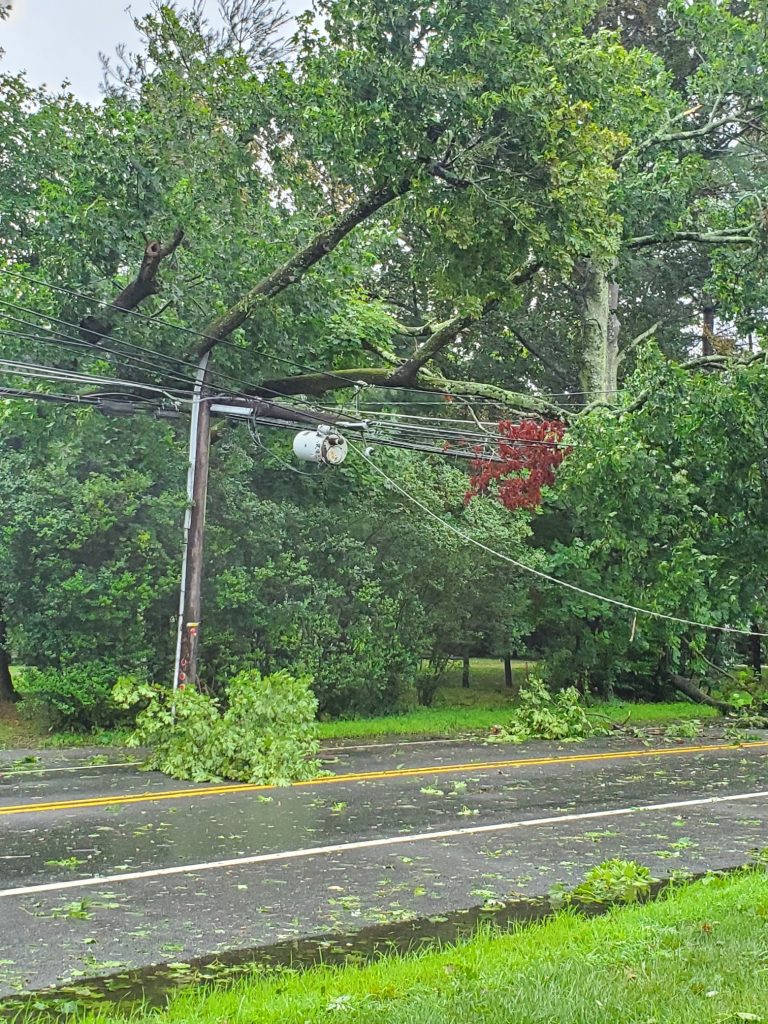 Crews continue to work to restore power throughout parts of South Brunswick. Several roads have been cleared of fallen debris and the roadways reopened. Several other roads remain closed and traffic lights at some intersections remain without power. Motorists are reminder not to drive around barricades or cones on closed roads.

The following traffic lights are still out:

Over 1,800 homes remain without power. PSEG has indicated it could take a few days for full power to be restored, according to the statement.

The South Brunswick Senior Center will be open from 10 a.m. to 4 p.m. as a charging center.

The township is working on a special brush collection plan which will be posted on the township website in the coming days. Residents may bring branches/brush to the drop off area behind Sondek Park Monday through Saturday 8:30 a.m. to 3 p.m. Residents should be prepared to show a driver’s license with a South Brunswick address in order to drop off brush. The site is video monitored and only brush is allowed to be dropped off. No contractors are allowed to use the site.