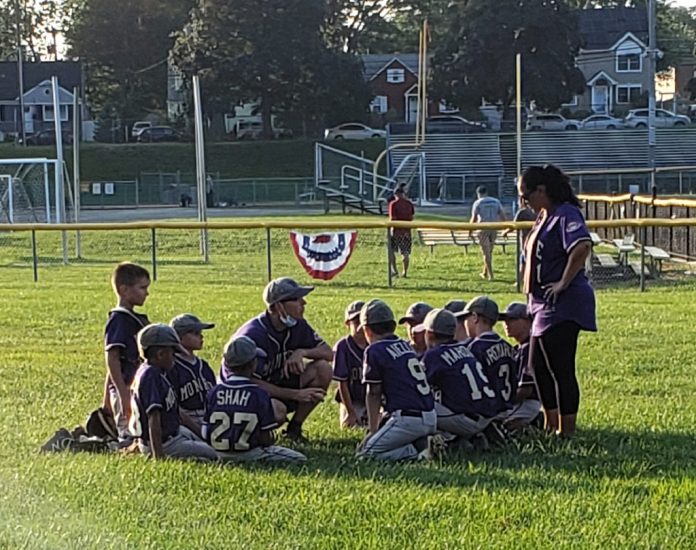 Gabriel Lugo was clutch at the plate with runners on base on Aug. 15, driving in four on two hits to lead the Monroe 8U Purple Falcons travel baseball team past Hillsborough 16-3 in the Babe Ruth Cal Ripken Northern NJ tournament.

Monroe fired up the offense in the first inning, when Justin Perlmutter singled on a 2-2 count, scoring one run, according to information provided by Martin Kappus.

Jameson O’Carroll started on the mound for Monroe. He pitched two innings, allowing three hits and one run while striking out one and walking one.

Monroe had a total of 16 hits in the game. Austin Middleton, Blake Kappus, Jameson O’Carroll, Gabriel Lugo, Kylan Shah and Justin Perlmutter all collected multiple hits for Monroe. Blake and Austin lead the way with three hits each, Kappus said.

Monroe advanced to the NJ State Tournament by winning Districts on July 26. This was the second year in a row the team has won a district title, Kappus said.