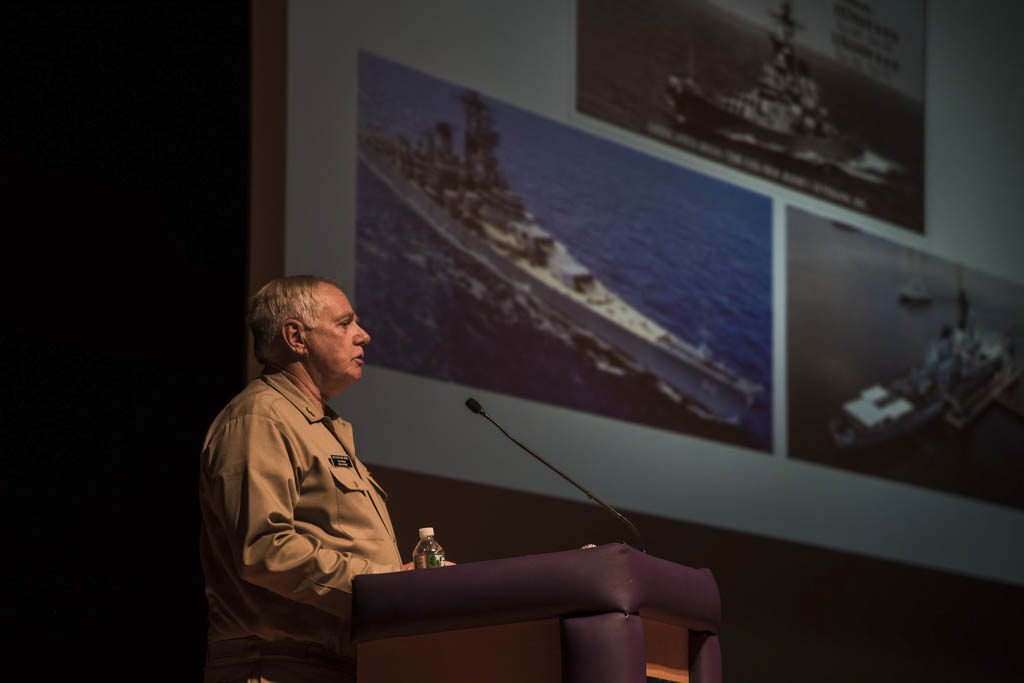 The Japanese war ministers thought they would bring the naval power of the U.S. to its knees by bombing and destroying the American dreadnoughts moored on Battleship Row in Pearl Harbor, Hawaii.

In their eyes, the attack of Dec. 7, 1941, was successful. While the powerful battleships of the U.S. fleet were compromised, the Japanese forgot about a new type of ship of the line  the aircraft carrier.

Our carriers ranged all over the Pacific, their pilots and planes destroying enemy facilities on the island chains paving the way for our infantry to land and conquer those enemy garrisons.

On Sept. 2, 1945, Admiral Chester W. Nimitz was to accept the unconditional surrender of Japan. To add insult to injury, the ceremony would take place aboard an American battleship. The USS Missouri, named for the home state of President Harry Truman and a ship not damaged at Pearl Harbor, would represent all the ships of the line which were.

This year marks the 75th anniversary of that event. I remember the resolve and spirit of the American people at that time. Do we still have that spirit today? I kind of doubt we do. In the past, the American people did the impossible. It is time to do it again.

Richard Pender is the senior vice commander of American Legion Post 459 in North Brunswick. He writes the occasional column for Newspaper Media Group. He can be reached at rapender@netzero.net