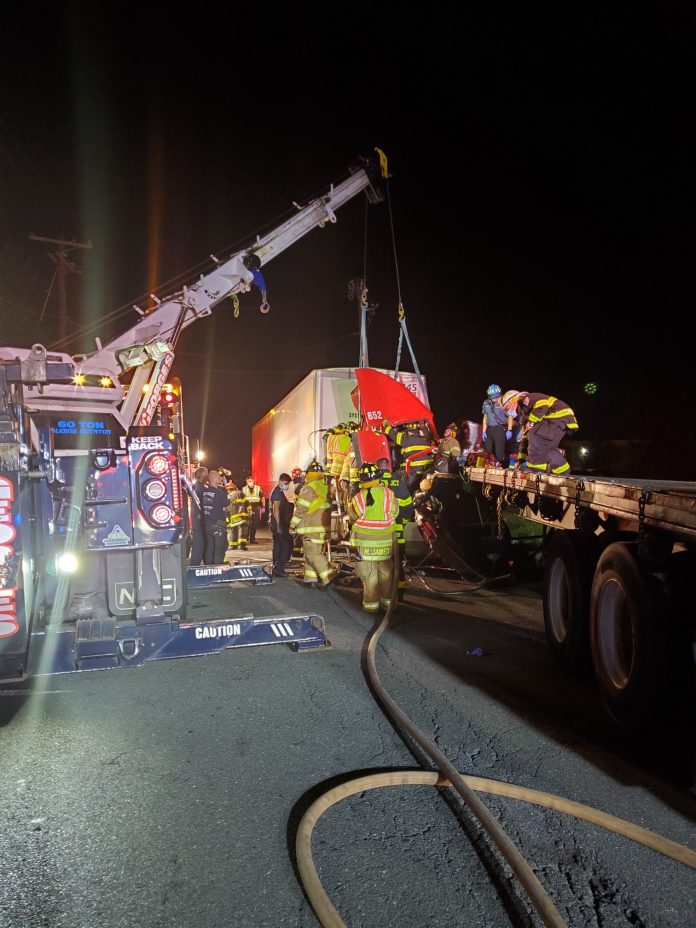 When officers arrived on the lightly traveled industrial road they found a tractor trailer cab entangled with a flatbed tractor, according to information provided by the South Brunswick Police Department.

The Monmouth Junction Fire Department responded and began extrication efforts. The truck driver was heavily entrapped and required extensive efforts, according to the statement.

A dozen firefighters used cutting tools and the Jaws of Life in efforts to free the driver.

Monmouth Junction First Aid Squad, paramedics and a emergency room doctor from Robert Wood Johnson University Hospital, along with a medical helicopter from Hackensack University Hospital worked on scene attempting to provide life saving measures, according to a statement.

The truck driver, from Burlington County, succumbed to his injuries on scene. Police are withholding his name pending notification of next of kin.

The Jamesburg Fire Department assisted in the extrication.

The crash remains under investigation by South Brunswick Traffic Safety Bureau Officer Jesse Blake. Anyone with information should call 732-329-4000, ext. 7474.