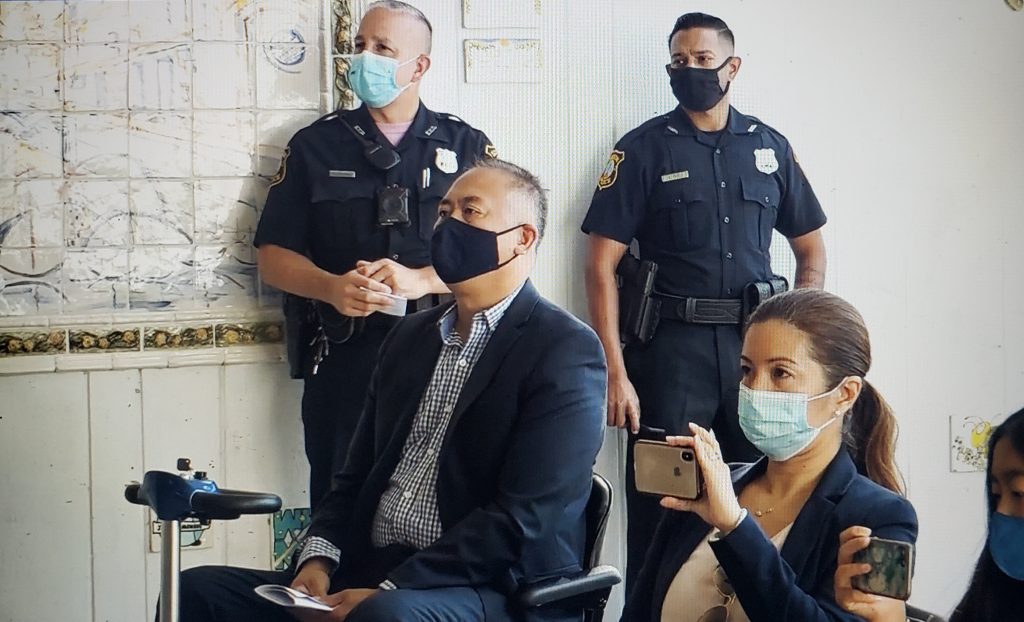 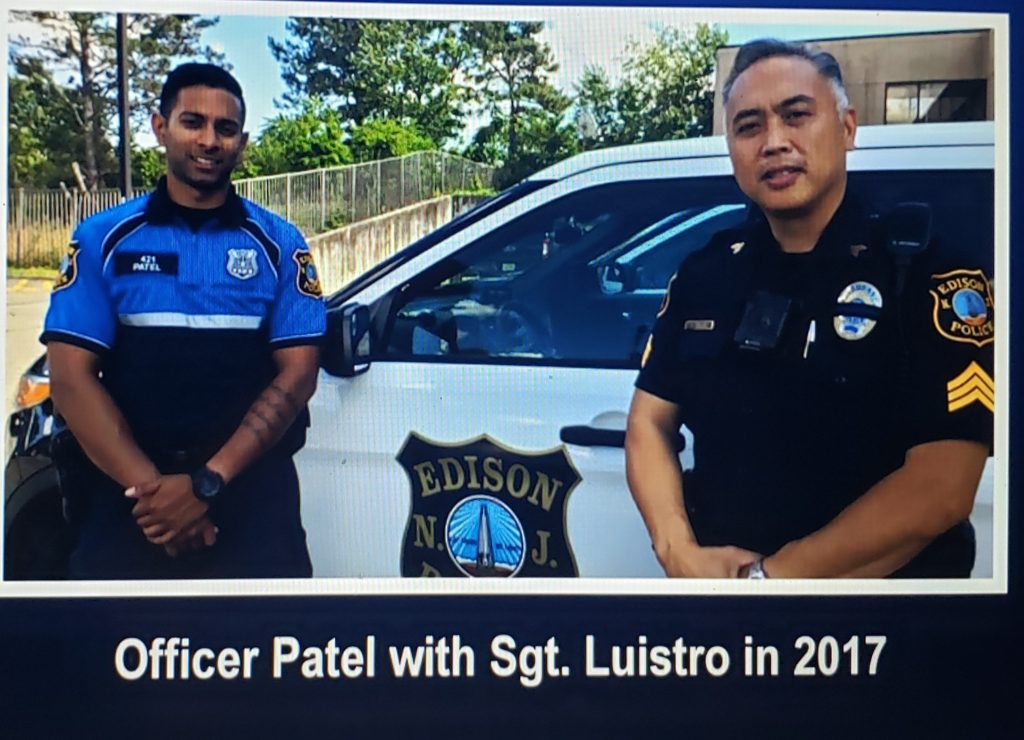 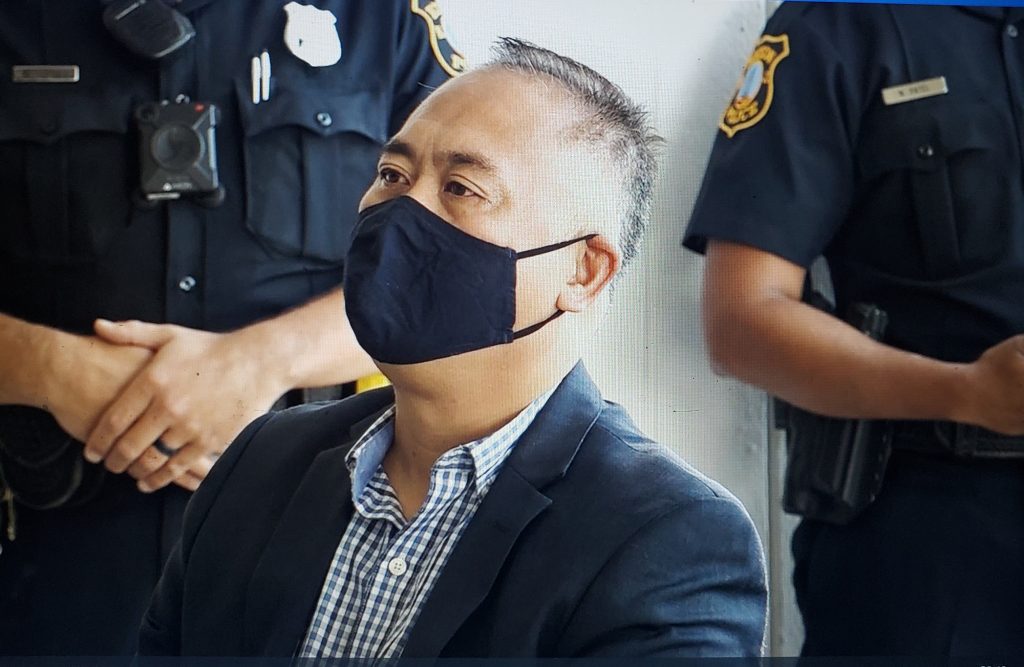 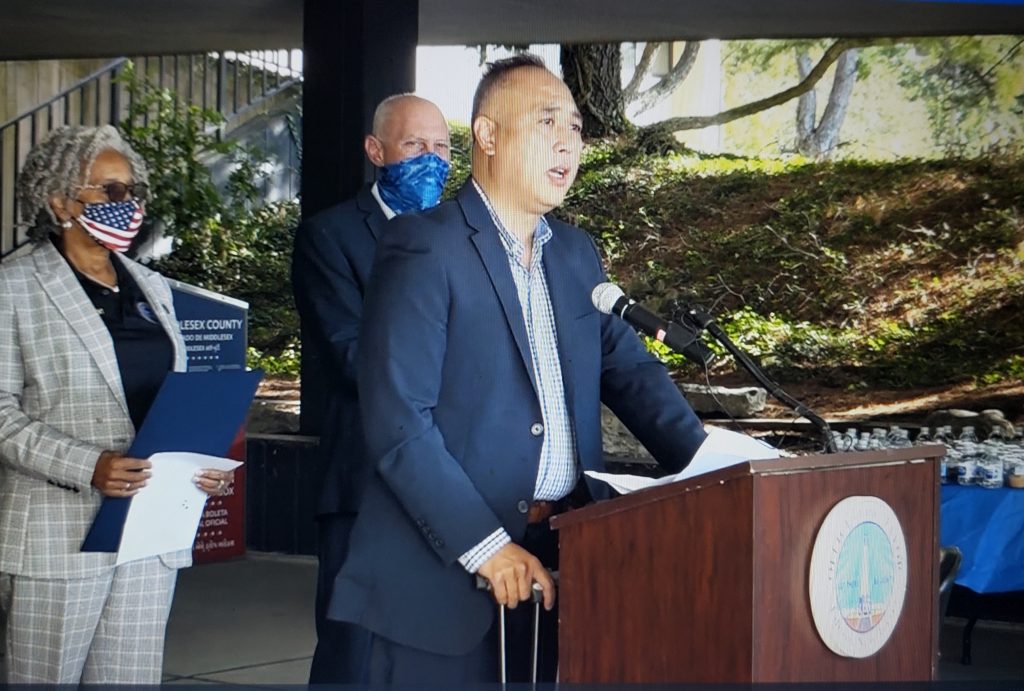 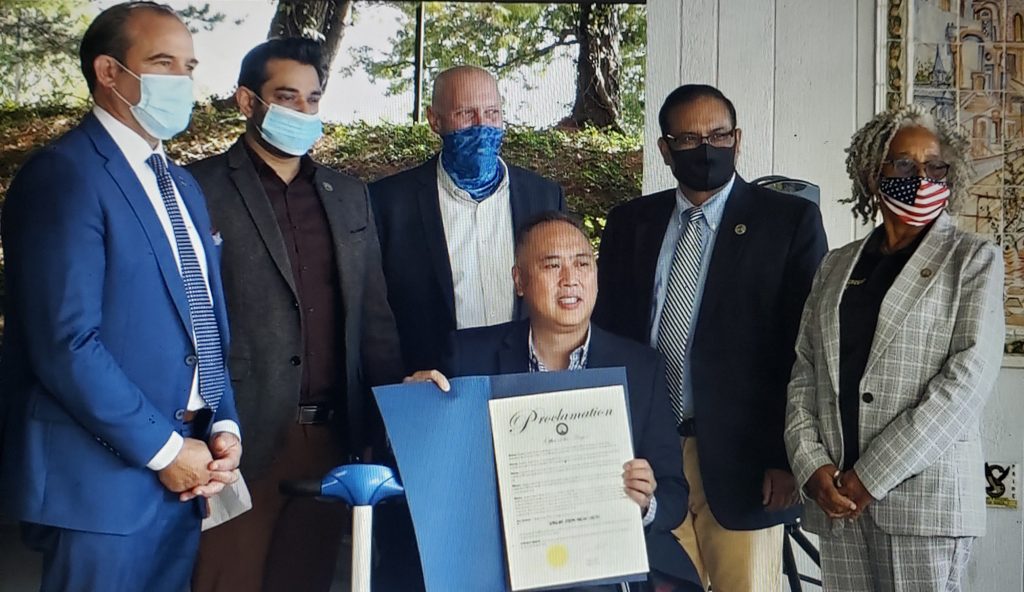 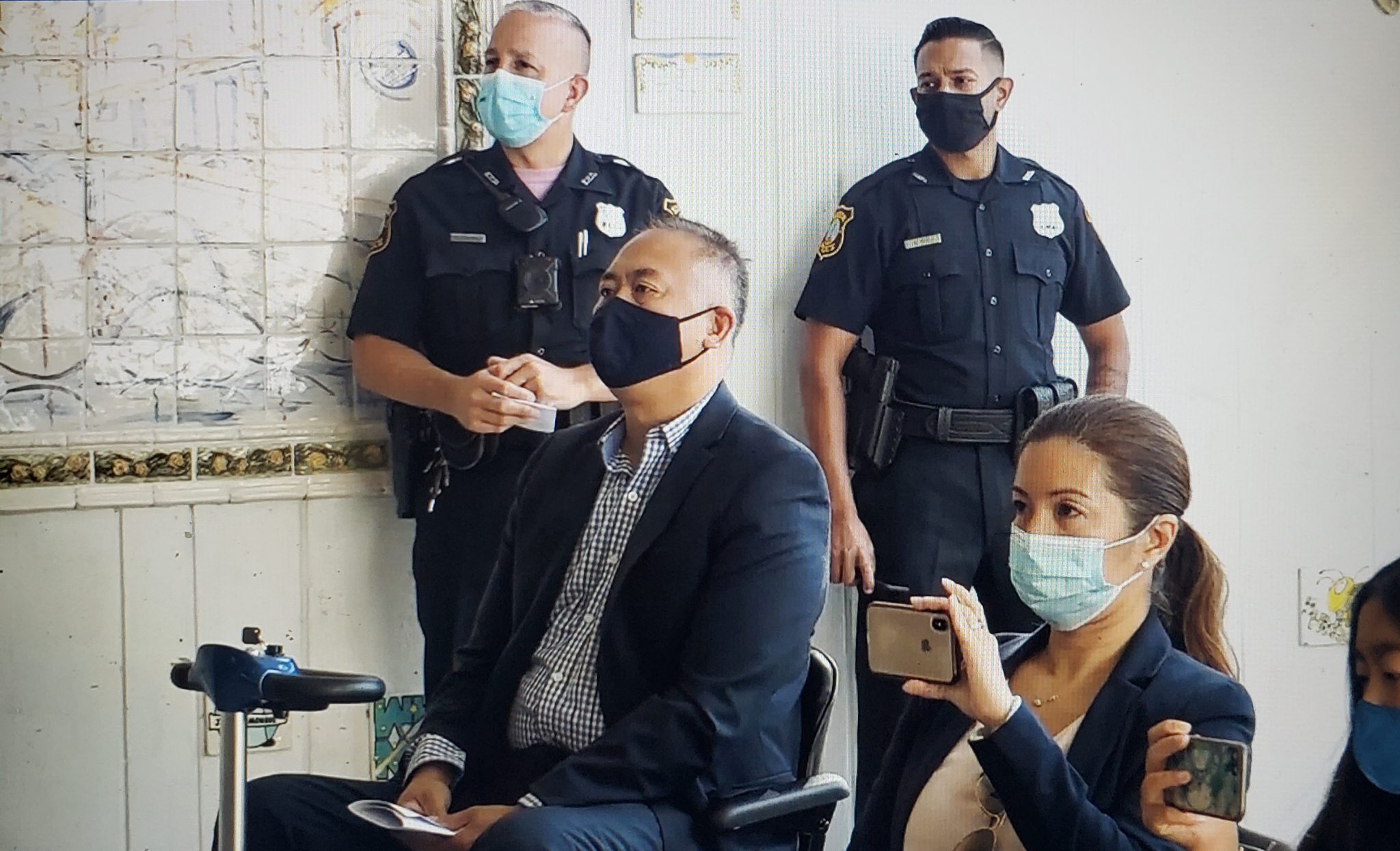 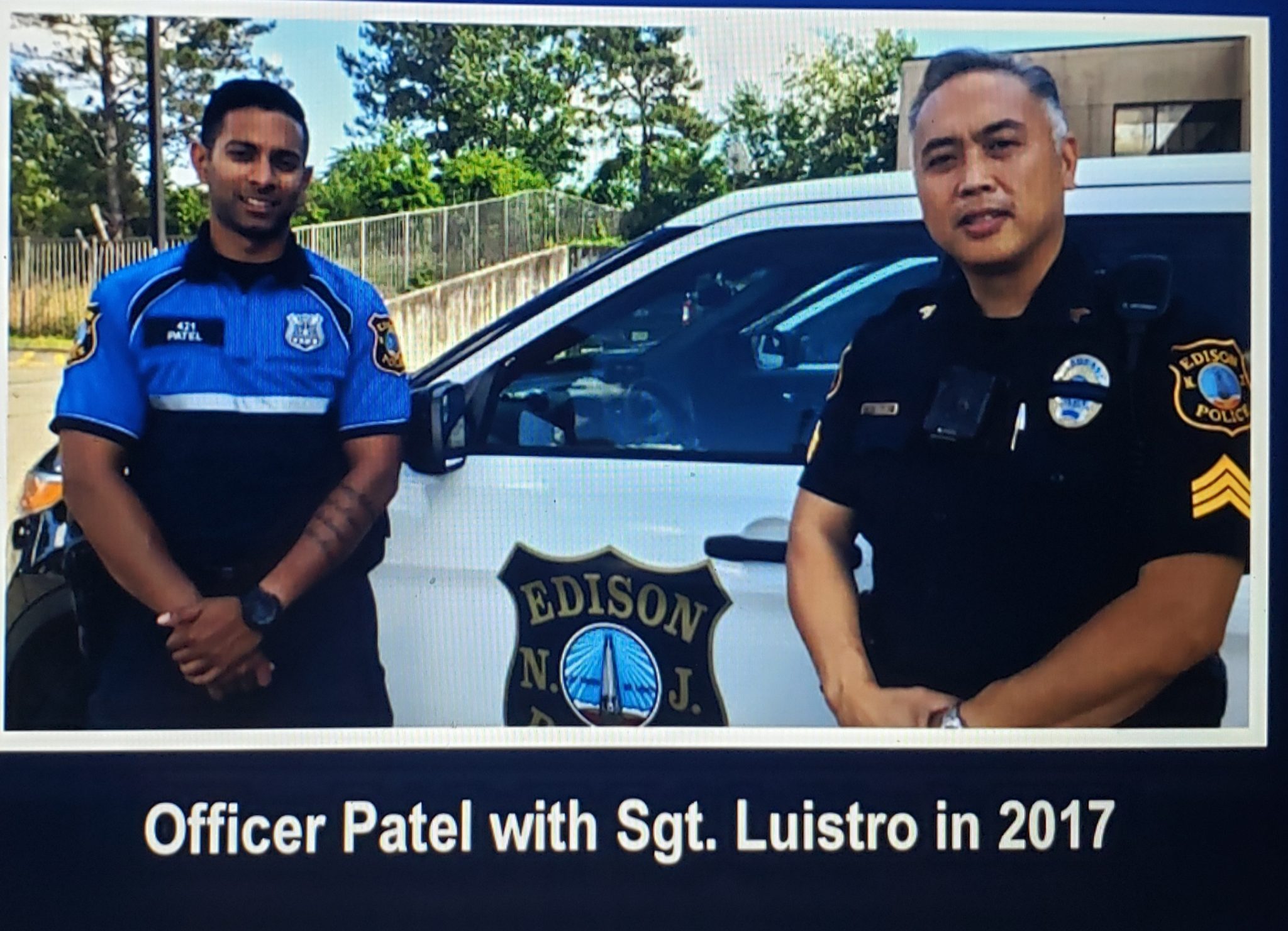 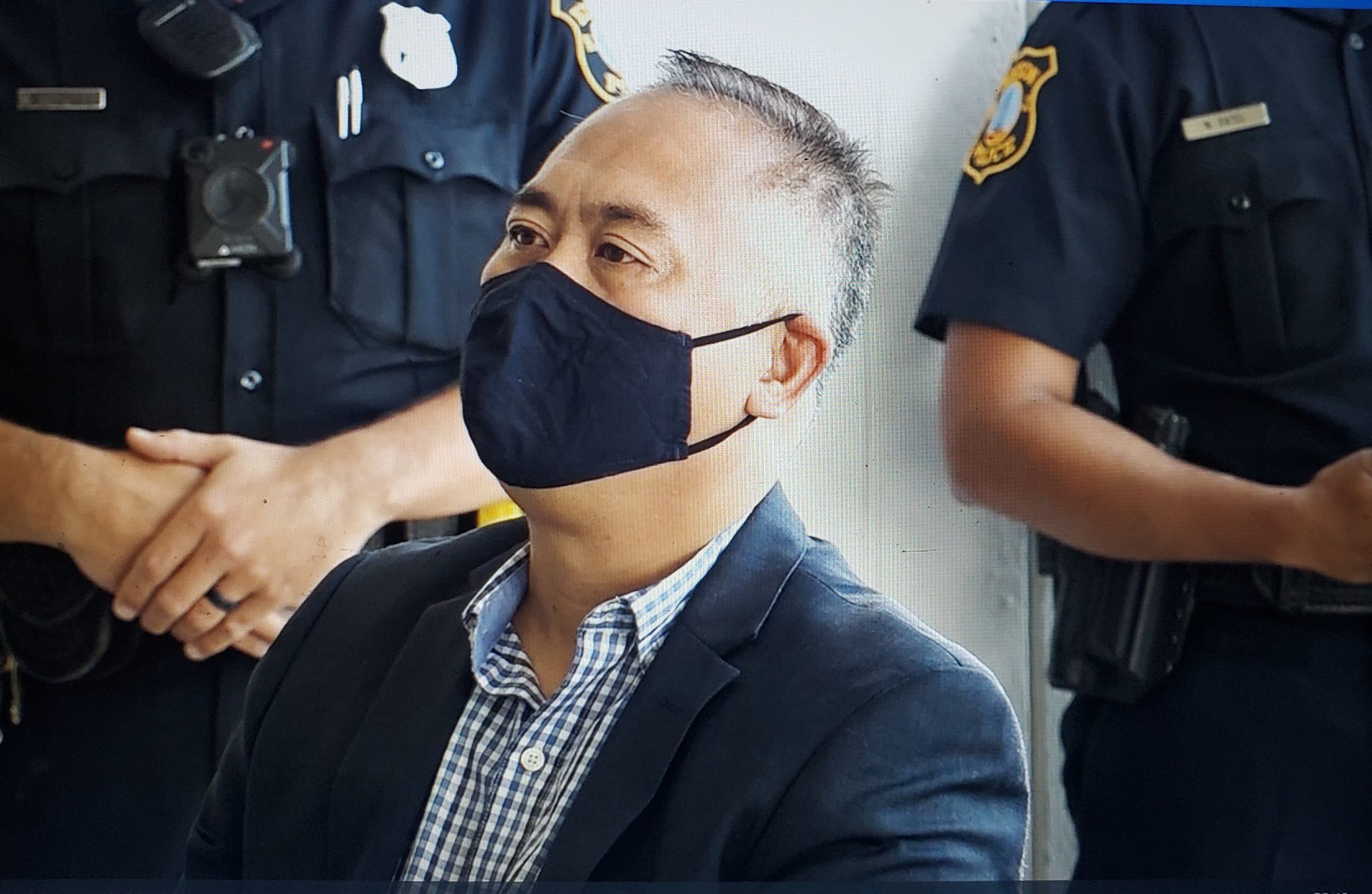 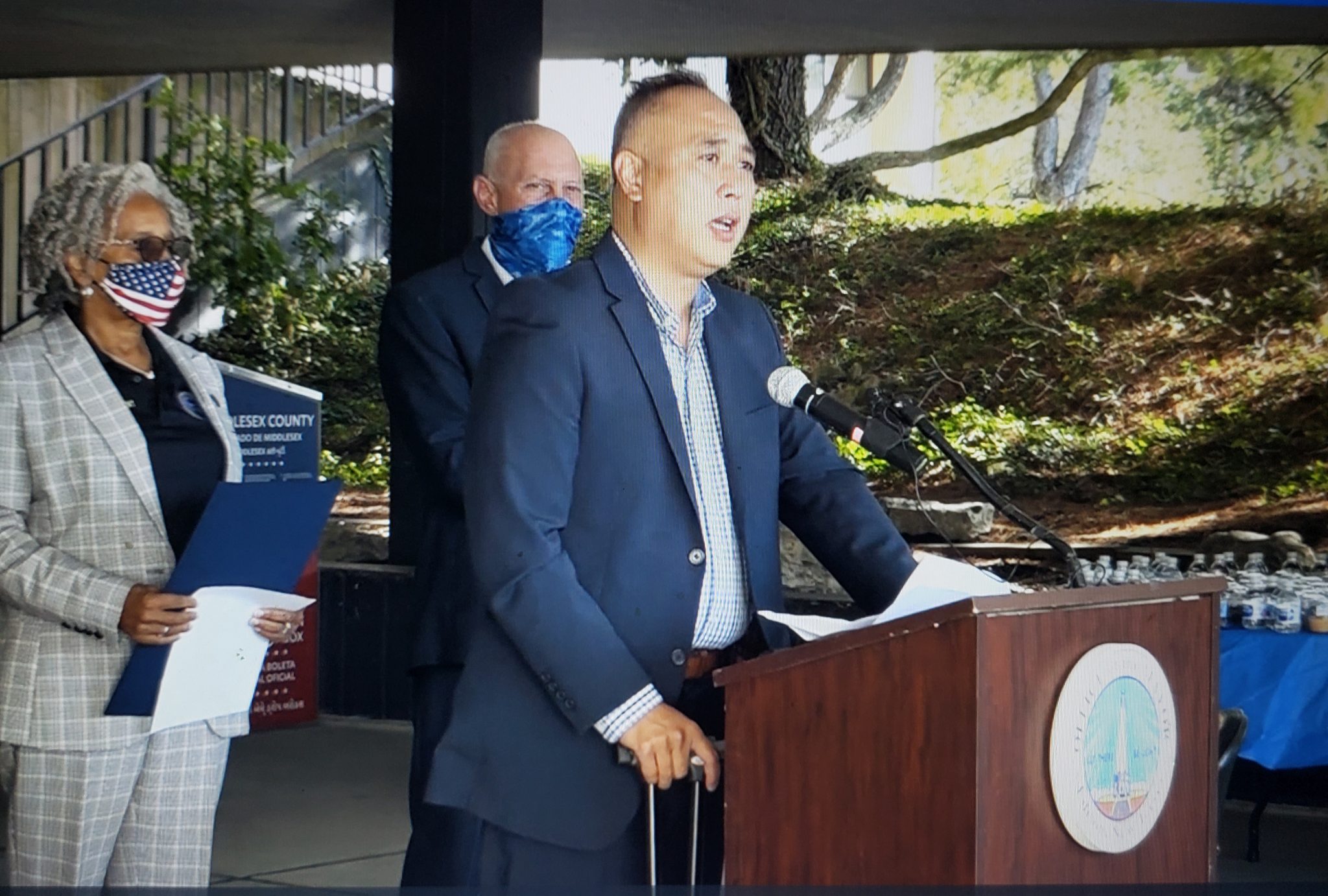 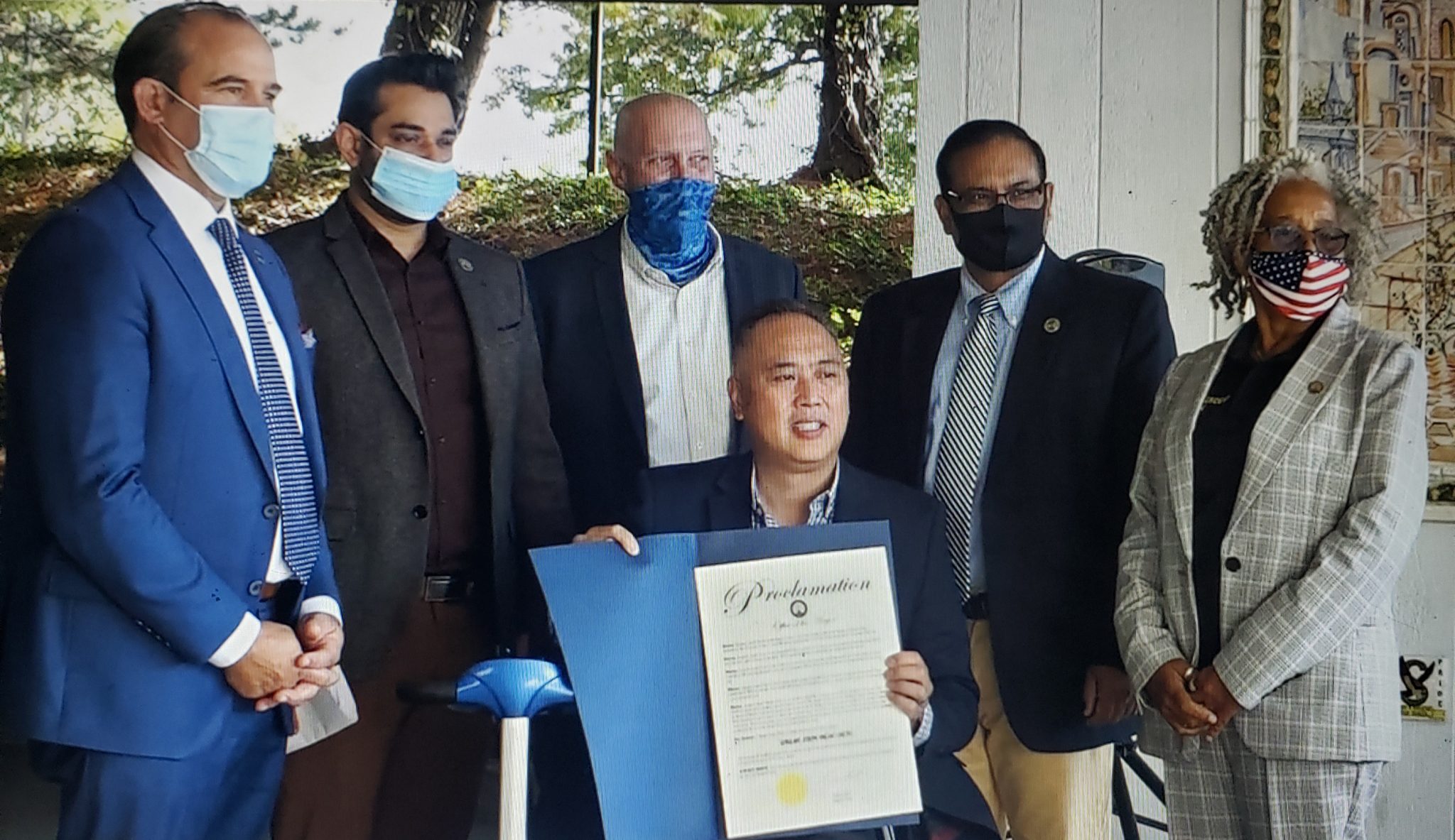 “It is truly humbling for me to stand here, albeit with a little assistance, and receive such a proclamation from Edison Township,” Luistro said at a ceremony held outside Town Hall on Oct. 2. “I am so honored to have my commitment to the community and my profession recognized. It definitely was a group effort and I was just instructed in putting outreach programs together.”

Luistro, who retired in September, is battling amyotrophic lateral sclerosis (ALS), a disease that affects the central nervous system.

Luistro, known as “Joe” to his loved ones, grew up in Jersey City, attended Hudson Catholic High School and went on to Rutgers University in New Brunswick. He served as a firefighter with Piscataway Township. He is a member of the Knights of Columbus of St. Matthew’s Council and serves on the board of directors of the St. Matthew’s Philippine American Association in Edison.

In 1996, Luistro began his law enforcement career with the Rutgers Police Department in New Brunswick and in 1999 he joined the ranks of the Edison Police Department as the first Asian American of Filipino descent. In 2016, he was promoted to sergeant.

“Apart from being a police officer, Joe has dedicated selfless hours to this community,” Patel said, who noted he met Luistro when he was 19 years old. “He helped me and countless others reach our dreams of becoming a police officer. Joe currently is president of the New Jersey Asian American Law Enforcement Association (NJAALEOA). Joe has received this title only because of his humble, selfless and countless hours dedicating and helping young men and women towards their careers. For a minority like me and many others, Joe is truly a mentor. Joe has taught me to be selfless and I’m forever grateful for that.”

Ship said Luistro helped diversify the Edison Police Department and police departments across the state in his role with the NJAALEOA.

“The efforts of Police Chief Tom Bryan have made [the Edison Police Department] the most diverse police department in Edison’s history,” he said. “I am confident in Chief Bryan and his new administration team to continue those efforts.”

Gurovich said Luistro is “a colleague, a co-worker and a compassionate person.”

“In training on the road, he would educate [people], give them information, help them and always do what is right,” he said. “Out here on these streets nowadays the job [as a police officer] gets more and more difficult. Joe adapted to that … as a role model, as a figurehead … everything came from his heart, everything he did was because he wanted to do it.”

Luistro’s drive to become a police officer was because he wanted to help people, Gurovich said.

On his journey, Gurovich said Luistro faced struggles because he had no one he could emulate and follow as a minority.

“He obtained his position by his hard work, dedication and he followed his heart to help people,” he said.

Joshi called Luistro’s service to the community inspirational and his legacy would live on. Coyle said there’s not a person that doesn’t have a story about Joe and what he has done for others.

Luistro, along with his many hats, is a husband, father of two daughters and “Dance Dad” at the Yvonne’s School of Dance in Edison. He said his mother, sister and brother and their families, who attended the ceremony, are all township residents.

He said after 27 years of public service, his retirement is “a bittersweet decision.”

“It was not an easy decision to make,” he said. “It has been an honor and privilege to protect and serve as a proud member of the Edison Police Department. I am truly humbled … now let’s battle ALS.” 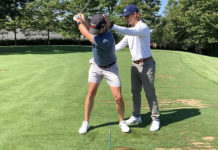 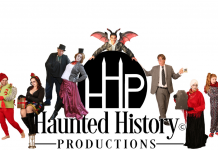