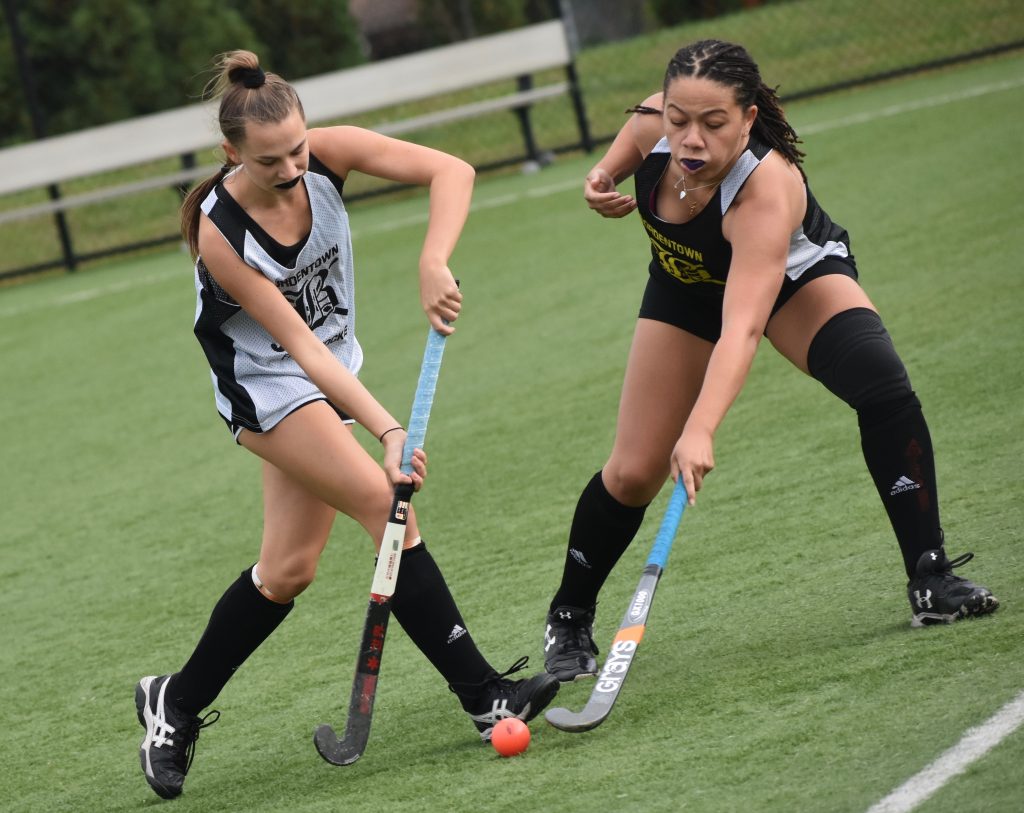 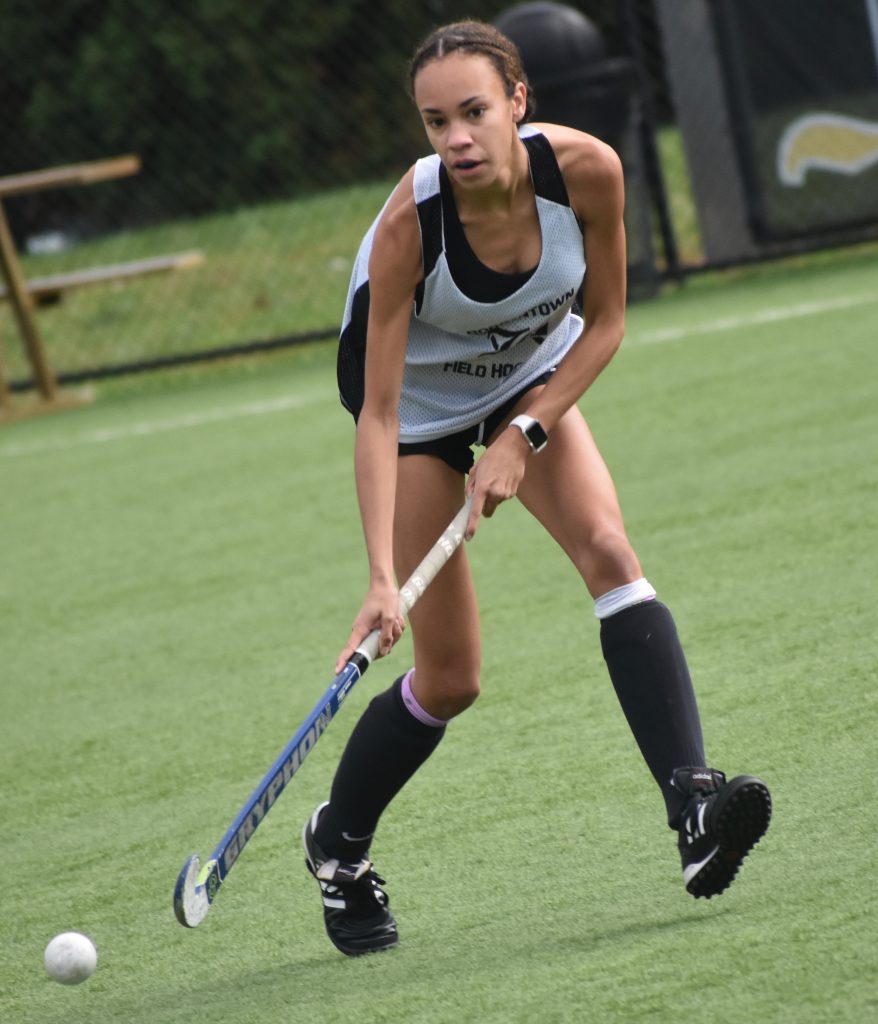 2 / 2
Bordentown Regional High School field hockey player Emma McDaniels passes the ball up the field to a teammate during the team's practice on Oct. 13. McDaniels has scored two goals through first two games of the season.STEVEN BASSIN/STAFF
× 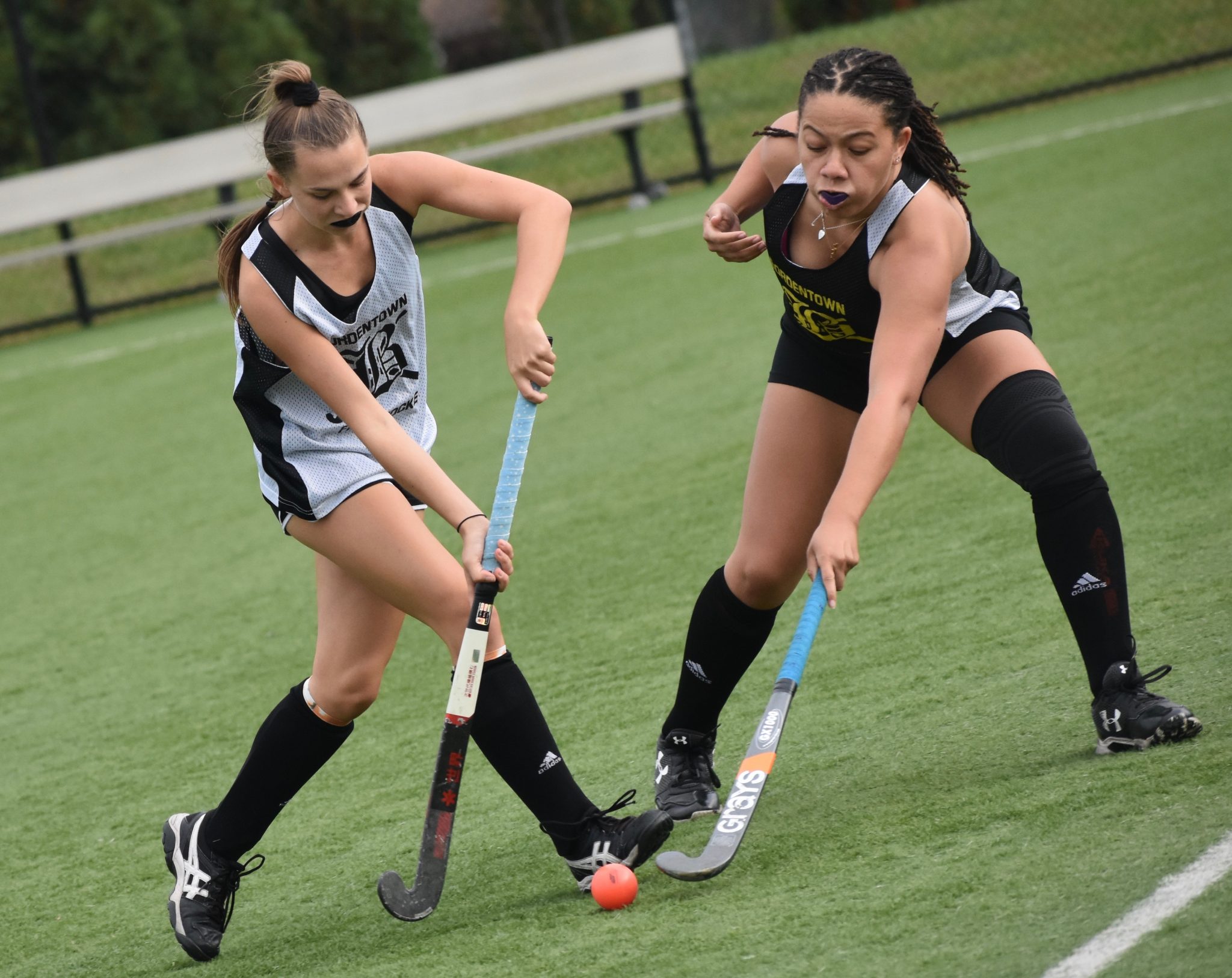 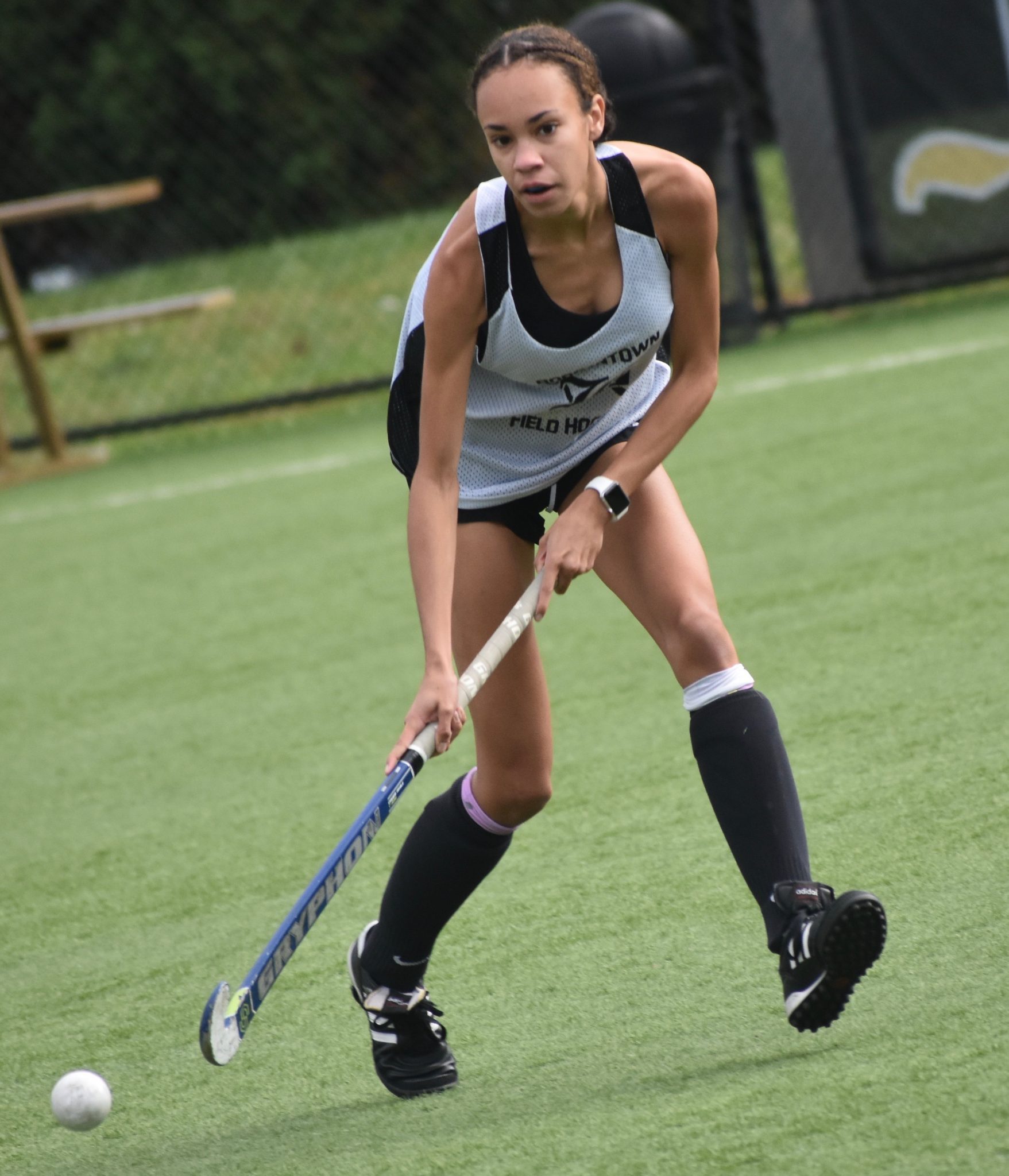 2 / 2
Bordentown Regional High School field hockey player Emma McDaniels passes the ball up the field to a teammate during the team's practice on Oct. 13. McDaniels has scored two goals through first two games of the season.STEVEN BASSIN/STAFF

It was unusual for Amy Fisicaro to be away from the sidelines and not be a coach in the Bordentown Regional High School field hockey program last fall.

Fisicaro has been involved with the program for the last 14 years, and finished up her first year as the varsity coach in 2018.

Away on maternity leave following the birth of her second child, Fisicaro wasn’t able to coach up her squad in 2019. However, she followed the team every step of the way, scrolling through Twitter for game updates and staying connected to the team she missed getting to coach on the field.

“It was very unusual for me not to be on a sideline during the fall,” Fisicaro said. “It’s nice to be back. It’s like riding a bike. You just pick up right where you left off.”

Fisicaro enters her second year at the helm, taking over a Bordentown squad that went 5-14 last season.

As the Scotties looked to rebound from their first losing season in two years, challenges arose for the squad surrounding the coronavirus pandemic.

The team saw a drop in numbers in the program, with only 26 players suiting up to play this season, and dealt with an offseason and preseason that was different than in years prior.

Through all the challenges, Fisicaro said her players have handled everything well and have done everything they can do to allow themselves to play this fall.

Even though Fisicaro herself was unsure the team would even have a season, the Scotties have kept a positive attitude throughout the whole process.

Bordentown followed the workout guidelines handed down by the New Jersey State Interscholastic Athletic Association all summer long and came into the preseason in September ready to get back on the field.

“They want to be out here,” Fisicaro said. “We like to focus on the day because you never know really when it’s going to be your last. We’re trying to stay positive and take advantage of time we do have together and make the most of it.”

The team’s positive attitude plays into the connection and energy they show on the field that has helped them start the season with a mark of 1-1.

During the first half of their season opener against Northern Burlington on Oct. 6, the Scotties found themselves in a big spot after the Greyhounds tied the game at 3-3.

The team huddled together and came out with a vengeance, scoring three unanswered goals the rest of the way to earn a 6-3 victory over Northern Burlington.

“We’re just very nice and supportive of one another,” Bordentown senior defender Katie Reichert said. “It’s kind of like a sisterhood and it’s been there this whole time. That wasn’t there last year.”

Bordentown played a great game against a good Stuart Day School squad on Oct. 8, but came out on the losing end of a 2-1 contest.

Fisicaro is happy with how the team has looked so far this season and hopes they continue to build off it the rest of the season.

“We’ve seen a lot of improvement already this season,” Fisicaro said. “We have a nice group of kids this year. They’re very supportive of one another. I really want to see them continue to improve and really learn to love the game.”

Through the first two games of the season, juniors Emma McDaniels and Alayna Ermi lead the team with two goals scored apiece.

Junior Camily Moya, sophomore Gigi Hutman and senior Morgan Kato each have found the back of the cage this season for Bordentown.

The senior captain believes the great connection the girls have with one another is why they have the chance to have a successful season this fall.

“This year we all connect better as a team,” Kato said. “We’re coming out and playing every game like it’s our last one. We want to have fun and hopefully win more games than last season.”

Reichert is joined by fellow senior captain Mia Rose Brown in the back to lead the Bordentown defense.

Junior Jenna Gray returns in the cage for her third season as a varsity goalkeeper for the Scotties.

Happy to be getting the opportunity to play the game they love during a global pandemic, the Scotties are hoping to take advantage of this opportunity and make it a season to remember.

“Being able to say we had a good record during the middle of a pandemic would be pretty dope,” Brown said. “Last year was a put down for us and we’re trying to bounce back and stay strong with each other.”

Bordentown travels to play Cinnaminson on Oct. 13 at 4 p.m.