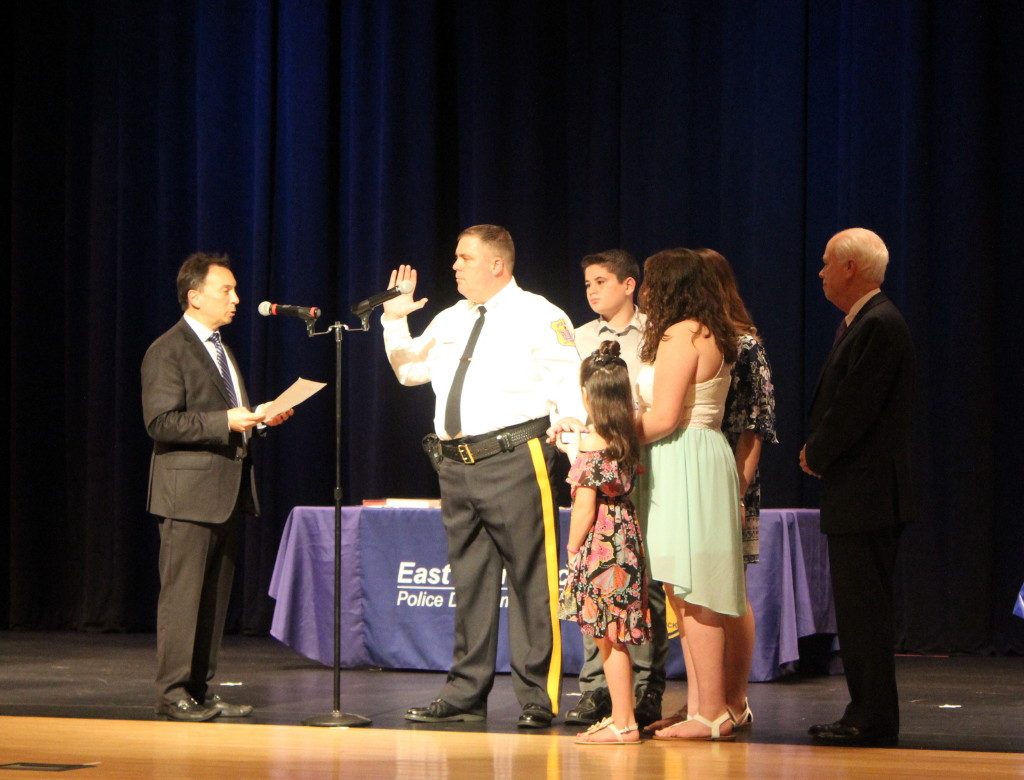 The NJSACOP awarded its highest certification status for a chief executive to Frank LoSacco, according to a prepared statement from the East Brunswick Police Department.

Certification status lasts for three years. At the end of that period, command executives and chiefs of police must show they have maintained the training and leadership standards since their initial award of certification, according to the statement.

Achieving command executives join a select group – only 33% of state police chiefs are certified. LoSacco recently underwent peer reviews conducted by the NJSACOP’s ACE program and has successfully earned the aforementioned status, according to the statement.

LoSacco started his career with the East Brunswick Police Department as a
special law enforcement officer in 1987. He later graduated from the Ocean County
Class II Special Police Officer Training Program in 1993. He was hired as a full-time
police officer in East Brunswick in 1996 and completed the Somerset County Police
Academy.

LoSacco has held a variety of assignments and risen through the ranks, ultimately being sworn in as chief on July 31, 2019, according to the statement.

In 2013, he was a graduate of the Command and Leadership Program through NJSACOP. He has received multiple police instructor certifications and is currently an adjunct professor of Criminal Justice at Middlesex County College, according to the statement.

He previously taught as an adjunct professor at Mercer County Community College, the County College of Morris, and Rutgers University, according to the statement.

“I am very honored to receive this credential. The NJSACOP is a prestigious organization that provides excellent professional development and I plan to have the entire command staff of our police department achieve Accredited Command Executive Certification,” LoSacco said in the statement.

The NJSACOP ACE Certification Program directly encourages New Jersey’s law
enforcement executives to attain sanctioned benchmarks in pursuit of a recommended
standard for police leadership that are measurable and attainable. By offering proof of
these standards to NJSACOP assessors, individual police leaders can attain NJSACOP’s
ACE certification status, according to the statement.

“If it is merited, NJASCOP awards individual leadership accredited status based on those appraisals. The ACE Program also promotes and encourages continued education through ACE Re-Certification Program requirements,” Beecher said in the statement.