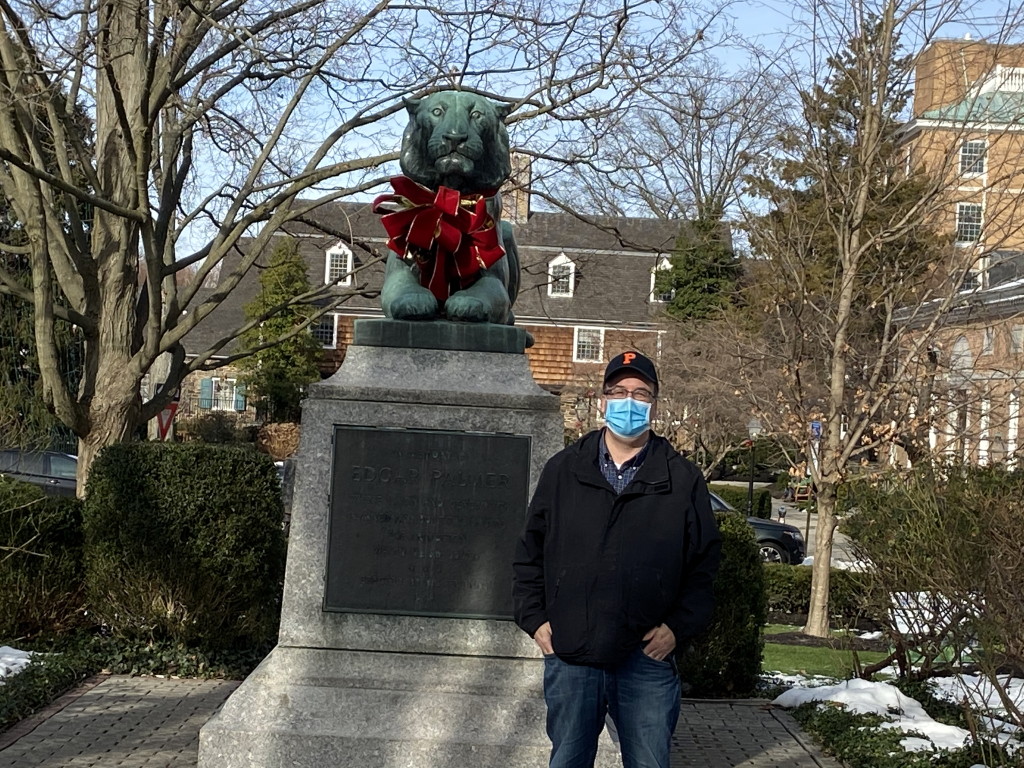 The virtual farewell party for Princeton Mayor Liz Lempert, the first mayor of consolidated Princeton, featured 90 minutes of teary-eyed speeches about her extraordinary talents, character, brains, empathy, social intelligence, work ethic, and socially and environmentally progressive policy commitments. A non-Princetonian might have thought he/she/they had clicked into a Zoom episode of It’s a Wonderful Life. All the accolades that launched Liz into a new era of her life made her smile that fabulous Liz smile that has been particularly comforting during this past year of high anxiety and throughout the trials and tribulations of municipal consolidation.

I found, however, that the most inspiring comment of the party came from Liz herself. In what most would attribute to a self-effacing modesty, Liz noted that her accomplishments were due to a talented municipal staff and the dedicated volunteers who both in numbers and expertise are a social force that just might be unique among municipalities in New Jersey.

Among the listening-only participants at the Lempert Zoom farewell fest was Princeton’s Planning Director Michael La Place, who has been on the job for exactly two years. I was scheduled to interview him about the challenges of his job particularly during a pandemic, but he – also inspired by Liz’s comment – ended up talking about Princeton’s culture of community volunteerism and activism.

“The community is blessed with a wealth of volunteer expertise, creativity and initiative,” Michael said.

In the 40 years I have been observing and writing about Princetonians, I can say with certainty that Princeton has remained a community where social status is gained not by the number of Porsches or Rolex watches one owns, but rather by the number of people – other than oneself – an individual has helped. Princetonians are civically engaged at an extraordinary level – a fact recognized by Michael, whose professional experience has made him qualified to comment on the social fabric of a municipality.

Although I knew and admired Michael from when he worked as Plainsboro’s community development director (and I worked in a similar role for Princeton University), I never was aware of the breadth of his experience with other municipalities.

While working on his Master of Urban and Regional Planning degree at George Washington University, Michael started his planning career as an intern with the Montgomery County, Maryland, Planning Department. He returned to New Jersey and embarked upon a career of leadership planning positions in Montclair, Westfield, Plainsboro, and Passaic County. He also has held volunteer planning positions in Westfield where he currently lives.

His experience with different municipalities was enhanced when he worked as a senior planning consultant for Clarke Caton Hintz PC, Architecture in Trenton.

Michael said he was very fortunate to have worked in many municipalities as a planner and acquired an understanding of the dynamics of the community. Each town has its own personality. Princeton is so notable, because of its involved citizenry – exceptional in quantity as well as quality. A lot of very knowledgeable people care, and they translate that caring into volunteer action in several areas of civic life, including planning.

“In Princeton there is true ‘community planning,’ which is my training and background. We have grassroots leadership that is in partnership with the municipal government. I am so glad to be here because in Princeton, the role, practice and potential of planning is well understood and appreciated,” he said.

Instead of being intimidated by or resenting that level of citizen involvement, Michael, following the example of Mayor Lempert, embraces it.

“I love that Princeton is a place where you are expected and encouraged to challenge the status quo, to bring new insights and ideas to the discussion. You have to bring your A-game and it is exhilarating.

“It is my role to be challenged and to challenge all stakeholders to make Princeton the best it can be,” he said.

Liz’s legacy is one of listening, welcoming ideas and nourishing rather than discouraging residents to be involved in planning and decision-making. That’s her ultimate gift to the town – and for that I say thank you.

The tricky part of leadership in Princeton is to listen and consider the advice of others, without letting it paralyze the decision-making process. I am confident that there must be a Princetonian out there with an expertise on just that topic. Liz, are you ready for your new role?