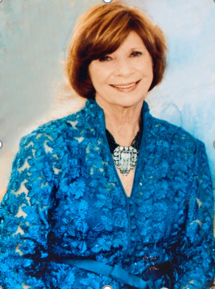 Karen Angela Dunne-Maxim, 80, a former long-time resident of Princeton Junction, New Jersey, passed away on Wednesday December 30, 2020 in Arlington, VA. Ms. Dunne-Maxim, a psychiatric nurse by training, was an internationally-recognized expert in suicide prevention and a tireless advocate for destigmatizing loss by suicide. She was a pioneer in recognizing the need for and addressing the unique mental health treatment needs of the survivors (family, friends, and colleagues) of a suicide who were often left alone to deal with the most profoundly difficult of all bereavement experiences. She was one of three editors of the groundbreaking book, “Suicide and Its Aftermath: Understanding and Counseling Survivors” (W. W. Norton & Company, 1987), which is still relied on as a resource by mental health professionals today. Ms. Dunne-Maxim was one of the founders of American Foundation for the Prevention of Suicide in 1987 — the first of its kind, national organization for research, education, and advocacy related to suicide prevention, which now has chapters in all 50 states. She was also President of the American Association of Suicidology (1999-2000).

She had a long professional association with the University of Medicine and Dentistry of New Jersey. There, among other positions, she was the coordinator of the Suicide Prevention Project, training school personnel to identify and help students who are at risk of suicide and providing advice and assistance to schools where a suicide has occurred. Suicide is one of the leading causes of death for youth. With a colleague, Ms. Dunne-Maxim wrote a nationally-used guide entitled “Child Survivors of Suicide, A Guidebook for Those That Care for Them.”

She received numerous accolades, consulted, and lectured throughout the United States and abroad. She was interviewed by countless publications, including the New York Times and the Chicago Tribune, and appeared on local and national television shows, including Good Morning America and Live with Regis Philbin. She pushed extensively for media outlets to deglamorize how they covered suicide and advocated for them to include post-scripts listing resources for help with depression in every article or TV segment about the topic, which is now the commonly accepted practice.

The eldest of seven, her youngest brother, Timothy, died by suicide in 1973 at age 16. At the time, death by suicide had great stigma and there were few resources dedicated to preventing it or helping survivors in the aftermath. Determined to change this, she returned to school and earned her master’s degree in psychiatric nursing from Rutgers University and dedicated her career to suicide prevention. Her seminal efforts advanced the field significantly and helped relieve the suffering of many people.

Ms. Dunne-Maxim had an infectious, effervescent, optimism that touched everyone she met. She took great joy in connecting with everyone, from train conductors and taxi drivers she met while a passenger, to professional colleagues, corporate CEOs, and nationally acclaimed actors. She made everyone she met feel important and, of course, insisted on connecting them with everyone else she knew. She was also nurturing by nature and helped countless colleagues, friends, and family members throughout her life. She had boundless energy. Despite the hefty demands of her professional career, she regularly attended the New York Metropolitan Opera, hiked the Vermont Long Trail end-to-end, ran several half marathons, traveled extensively, and served as crew for the U.S. Coast Guard Auxiliary on the boat she shared with her late husband.

When it is safe for larger groups to gather, a service celebrating her life will be held in Princeton, NJ. In lieu of flowers, memorial contributions may be made to the American Foundation for Suicide Prevention,  American Foundation for Suicide Prevention (AFSP), 199 Water Street, 11th Floor, New York, NY 10038   www.afsp.org  or to The Windsor Arts Council, 952 Alexander Road, West Windsor, NJ 08550 www.westwindsorarts.org