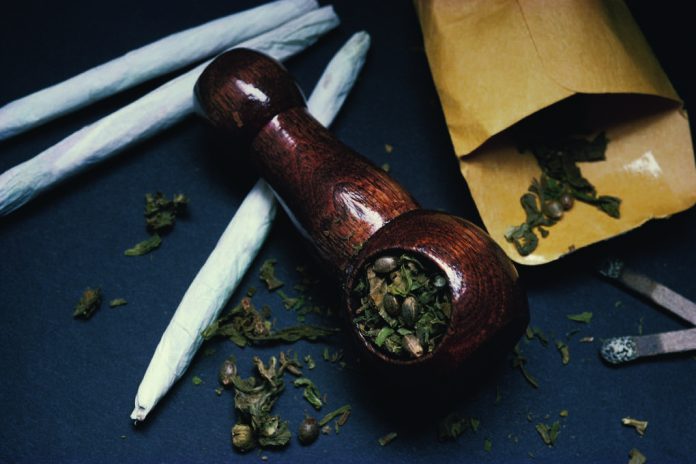 Legalizing marijuana may be a boon to adults who use it recreationally, but the new regulations have set up a roadblock between the police and young people and their families.

Under a set of new laws signed by Gov. Phil Murphy on Feb. 22, parents whose children – defined as young people under 21 years old – will not be notified if their child is found to be in possession of marijuana or alcohol, said Lawrence Township Police Chief Brian Caloiaro.

Police will be required to issue a written warning to first-time offenders – but it will not be presented to parents or guardians, thus limiting the ability of the police department to interact with families, Caloiaro said.

Police may only contact the offender’s parents if it is a second or subsequent offense, Caloiaro said. Unless the child chooses to share the information with his or her parents following the first offense, the parents or guardians will be left in the dark, he said.

“Unlike the State of New Jersey, the Lawrence Township Police Department believes that parents deserve and need to know when their children are in dangerous situations,” Caloiaro said.

The new laws forbid police officers from relying on an odor of marijuana or alcoholic beverages – or their open, obvious possession by young people – as a reason to stop a person under 21 years old on suspicion of underage possession, Caloiaro said.

Police cannot use underage possession of marijuana or alcohol as a reason to search the young person or their car, he said. The young person cannot be arrested or taken into custody, except to the extent required to issue a written warning.

Formal charges have always been a last resort, Caloiaro said.

Having reviewed the new policies, what presents itself as most problematic to the Lawrence Township Police Department is the inability of officers to freely communicate with parents, he said.

“We see these laws not only as counterproductive, but also as a detriment to the safety of our children. Who will ensure the welfare of our children, if the police can neither act nor contact a parent or guardian?” Caloiaro said. “This policy goes against every step we have taken as a Police Department, a school district and a community to work collaboratively to protect our children.”

The Lawrence Township Police Department takes pride in its ability to create positive relationships and to build trust within the community, Caloiaro said. One of his first actions as the new police chief was to reinstate two juvenile officers, whose primary focus was to work with young people.

Caloiaro said the Lawrence Township Police Department also takes pride in its ability to work with the school district to keep students safe, and to open lines of communication with parents.

The Lawrence Township Police Department holds an annual youth police academy, and also sponsors an Easter egg hunt and “trunk or treat” celebrations at Halloween, Caloiaro said. The police dedicate much time and energy to maintaining a healthy and safe community, he said.

“Despite the threat that this new legislation poses, the Lawrence Township Police Department will continue to work with the community and young people to build bridges and foster positive relationships,” Caloiaro said.

And in spite of the new laws, the police chief said, “Our priorities have not changed, even though our means of achieving them might change.”

Meanwhile, Municipal Manager Kevin Nerwinski said he supports Caloiaro and the police chief’s efforts to “create a more meaningful dialogue.” However, the police chief’s opinions should not be taken as being made on behalf of the elected officials, he said.

“Chief Caloiaro is well positioned to offer an opinion based upon his extensive law enforcement experience, and I hope our residents understand the spirit in which it was intended,” Nerwinski said.

The Lawrence Township Police Department will abide by and enforce the laws of the State of New Jersey, Nerwinski said.

The police chief has the right to express his opinions, but in the end, he is a police officer and will do what is required of him under the law, Nerwinski said.

Share
Facebook
Twitter
Email
Print
Previous articleBordentown basketball players take every loss as a ‘win’
Next articleEdison mayor to focus on school overcrowding, opioid issues in the community during 2021