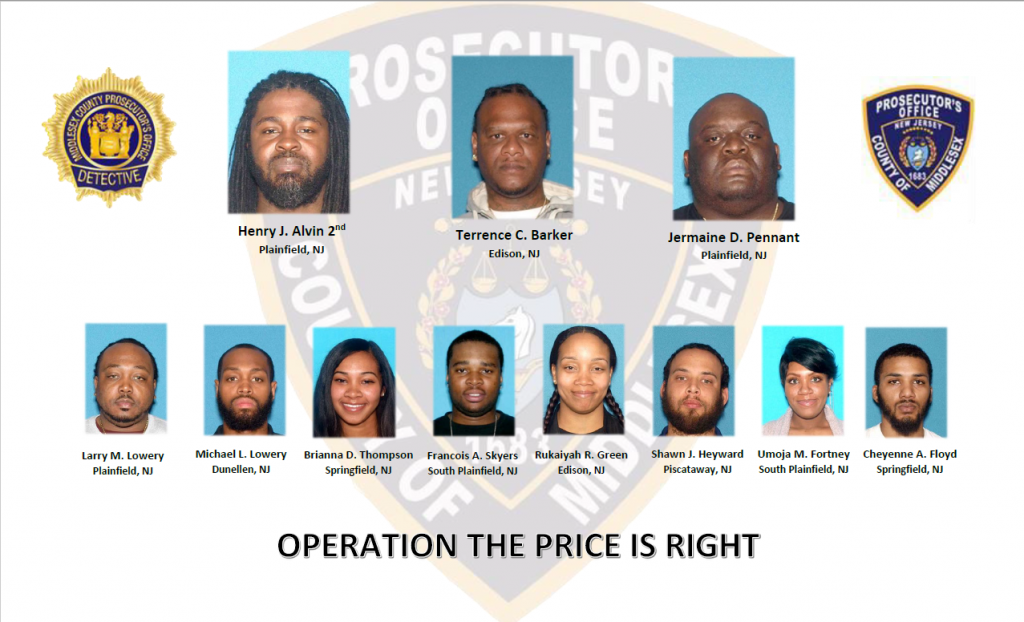 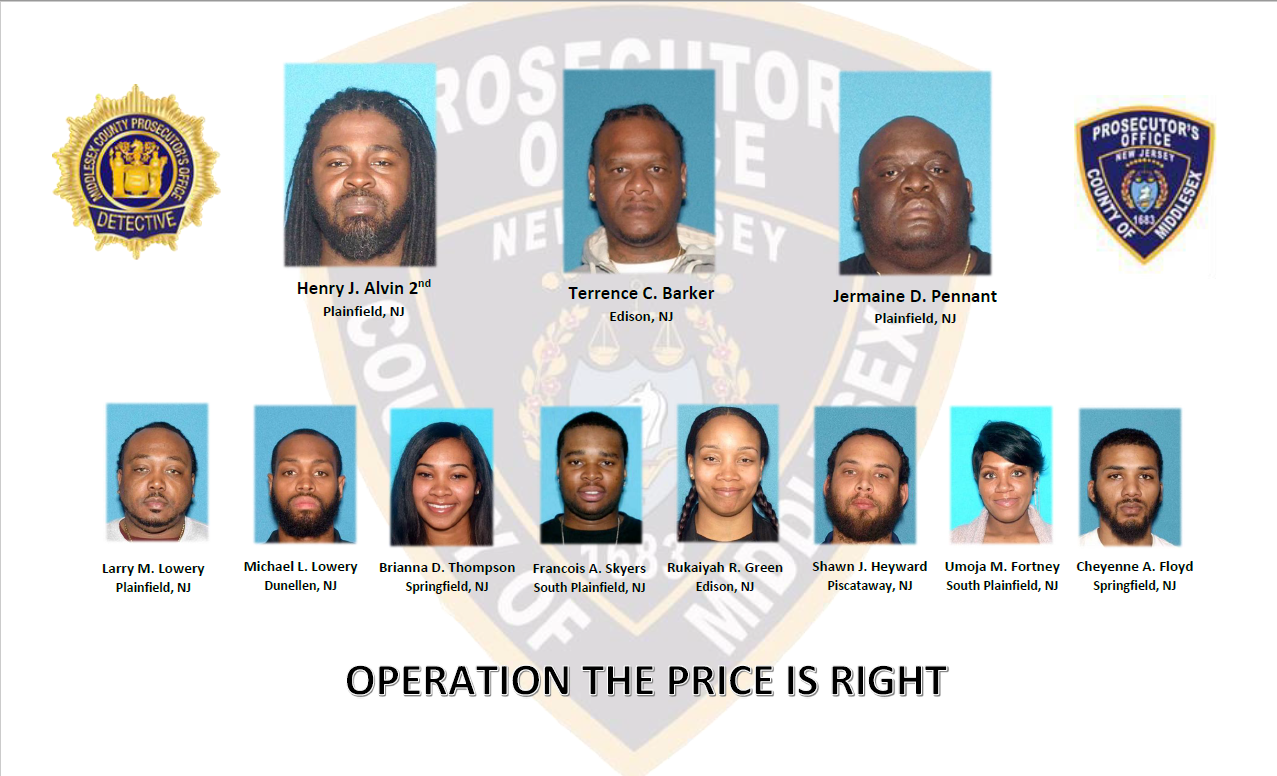 Middlesex County Prosecutor Yolanda Ciccone announced that 11 individuals have been charged for their alleged involvement in a large-scale narcotics distribution ring that operated in Middlesex and Union counties.

The searches resulted in the recovery of over two kilograms of suspected cocaine, over one kilogram of suspected heroin, approximately 149 grams of fentanyl, 70 grams of Oxycodone, one loaded Smith and Wesson revolver and over $120,000 in suspected drug proceeds, according to the statement.

The seizures prevented tens of thousands of doses of dangerous drugs from reaching the hands of individuals suffering from addiction, according to the statement.

As authorities attempted to take Barker into custody, Barker rammed his vehicle into an Edison police vehicle, causing bodily injury to an officer, according to officials. The officer was treated for minor injuries at a local hospital.

Barker, Alvin and Michael Lowery were detained following a detention hearing in the Middlesex County Superior Court on March 23. Larry Lowery and Jermaine Pennant had yet to be arrested as of press time.

The investigation is active and continuing. Anyone with information should call Sgt. Erik Larsen of the Middlesex County Prosecutor’s Office at 732-745-5977.