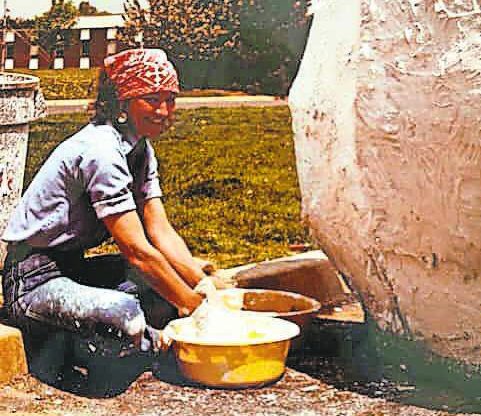 Jean Jelinek Russell passed away in her home in Princeton, New Jersey on September 4, 2020. Jean was born in Chicago, IL, to Edward Jelinek and Lucille Bleers. “Grandpa Joe” was a beloved childhood caregiver. She lived her life fully, traveling widely. Jean had a passion for the arts and nature, and was an avid reader.

Jean met Martin Lawrence Russell, in the US from his home country of England, and they relocated to the San Francisco Bay Area. The couple married in 1959, settled into Marin County, and started their family. Jean is survived by Martin and their three children; son, Andrew Lawrence Russell; daughters, Ingrid Anne Russell and Elizabeth Jean Carnevale; and three grandsons, Dylan Lawrence Russell,

In the 1970’s, Jean completed her Bachelor’s degree at San Francisco State University and began studying the art of sculpture. Pursuing art as a career, Jean Russell joined the Johnson Atelier Technical Institute of Sculpture as an apprentice in November 1980, developing her skills as a moldmaker and sculptor before becoming a permanent staff member of the Modeling and Mold Department. During her long career, Jean molded the work of many notable sculptors including Seward Johnson, George Segal and Julian Schnabel, among others. She also made molds for the Metropolitan Museum of Art in New York, NY and enlarged monumental sculptures for Alex Ettl at his Sculpture House studio in Princeton, NJ. Jean never retired.

Her colleagues in the art world have described her as: “The definition of cool, elegant, dignified, sweet, intelligent, thoughtful, and inspiring, with a calming presence and effortless chic, filled with kindness and wisdom, a teacher.”