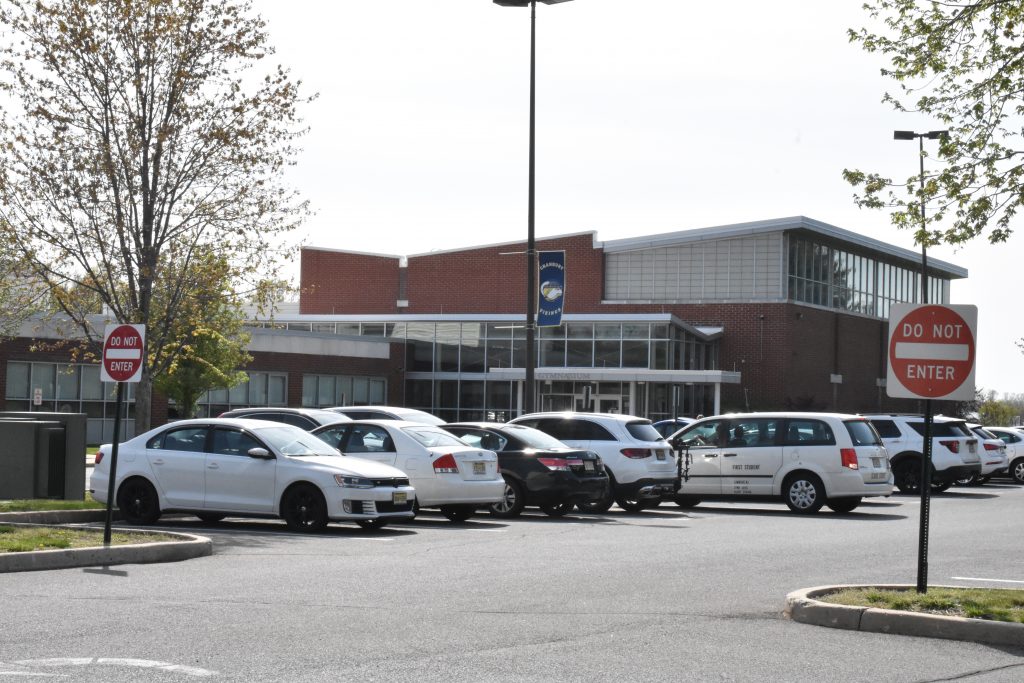 Cranbury School parking lot full for second doses of the Modern vaccine at a mobile clinic in Cranbury Township on April 27.ANDREW HARRISON/STAFF
× 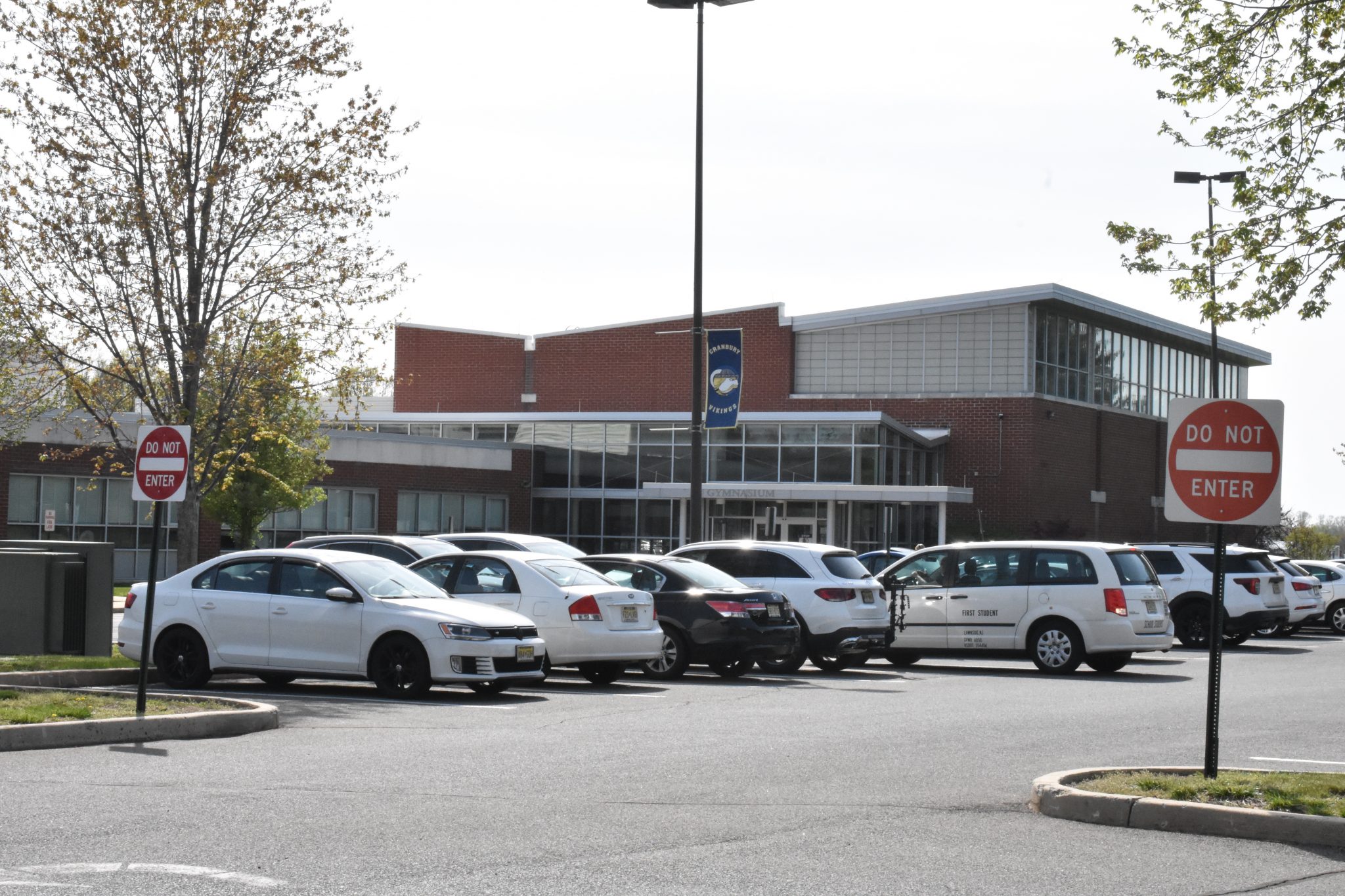 Cranbury School parking lot full for second doses of the Modern vaccine at a mobile clinic in Cranbury Township on April 27.ANDREW HARRISON/STAFF

Administration and school board members would achieve their goal of having a clinic and complete their effort to vaccinate teachers and staff when a second dose vaccination clinic came to a close at the school in late April.

“I think it was really gratifying to see our hope come to fruition. The idea to be able to come to schools and be able to provide the support to staff on-site and having that goal realized was just really gratifying,” Superintendent Susan Genco said. “Some of the feedback I had heard from teachers are that they were pleased to be able to not have to travel far to get the vaccine. They could just come to the place where they work and receive one.”

The district administration, in seeking to hold on-site clinics within Cranbury Township, partnered with Penn Medicine Princeton Health for a mobile clinic, which occurred on March 30 for first doses of the Moderna vaccine and finished with second doses on April 27.

“We had a pre-meeting with Penn Medicine staff to size up the existing spaces and see what the floor plans for each. Having it in two locations, we were able to vaccinate more people, space out the areas and comply with social distancing,” Genco said. “We were the first district to pilot this with Penn Medicine, so we tried to provide feedback that may have helped other districts. It was great to to see the first day of the vaccine clinic come to life.”

Both the Cranbury School gym and auditorium were utilized to administer the vaccine shots and monitor individuals for 15 minutes after receiving their dose.

“There is also a nursing office that is available at all of the schools,” said Dana Hvisdock, COVID-19 vaccine clinics clinical manager for Penn Medicine Princeton Health. “If somebody was not feeling well and needed to be removed from the area, we would bring them into the nursing office to treat them and do blood pressures, check heart rate and make sure that they are OK. If we are not in a school, we will have a separate area set up to bring them to.”

Genco, Board President Karen Callahan, Assistant Principal Michele Waldron and Penn Medicine Princeton Health community wellness and engagement staff would remark that team work was the reason for a successful collaboration and establishment of a mobile clinic at the school.

“Having it on site really saved time for teachers and staff. They were able to circumvent the scheduling process in having the vaccine brought to them,” Waldron said. “I think that is helpful with everything the teachers are doing during this hybrid learning time. Anybody who wanted the vaccine and had not yet received it were able to get it. This on-site clinic also allowed for people to register who may have had issues with technology and any other accessibility issues.”

There would be 264 first doses administered at the clinic in March and 264 second doses in April. All of the allotted vaccine doses had been used on both days.

Once the second doses were complete there would be no plans for Penn Medicine to return for future clinics in the district.

At the time of the second clinic Penn Medicine staff had visited 16 school locations, one of which was The College of New Jersey. They had administered about 2,500 doses to local public and private schools.

When Penn Medicine began the mobile vaccine clinics the Cranbury School was the first location.

As Penn Medicine has been completing vaccinations of teachers and staffs at local schools through the clinics, staff has been branching out to more faith-based organizations and are looking for the underserved populations and seniors.

“We reach out to the community members and look to see if there is an interest in us coming out to do the vaccine clinic. Once we have an interest expressed then we come out and do a site visit. Then we look to see about the large areas and spaces that are there at the site,” said Deborah Millar, director of Community Wellness and Engagement. “We talk about what we need from the facility to help us get going and let them know what we do.”

A date and time is set and they get the registration, roster and everyone together to get the site set up.

“Folks will be registered during a certain timeframe. Then they get a consent that they then have to complete from the CDC from there they wait to get vaccinated,” Millar added. “They wait to get called up to the vaccinator and the vaccinator gives them the vaccine. They then wait anywhere from 15 to 30 minutes or so depending on any allergic reactions and then they get their second dose appointment and on they go.”

Penn Medicine Princeton Health has been to different locations in Mercer and Middlesex counties, as well as having opened an initiative in Mercer County at the county ice skating center on May 6 in partnership with county officials.

“I think the thought for a mobile vaccination site really started when vaccines were approved in December and started with frontline healthcare workers,” Callahan said. “Knowing that it was going to be coming online and then we had many conversations early in the year, I think it was in January when we actually urged the governor to prioritize educators in the vaccination process.

That is why Susan (Genco) had written a letter urging the governor to prioritize educators and get them vaccinated. Well we thought, Penn Medicine is right down the street, let’s reach out, and within days, Susan, Michele (Waldron) and I had a conversation with Deborah Millar and we got the ball rolling.”

Cranbury School teachers and staff would not be the only ones able to receive a vaccine at the clinic, as invitations were made to other district teachers and staff members from Princeton, Old Bridge, North Brunswick, Jamesburg and South Plainfield.

“When we spoke with the hospital it was really a natural connection to have them speak to all of the Middlesex County superintendents and administrators, so we could all work to make these mobile clinics happen,” Genco said. “That is really where the slots came about, so if we had extra vaccination slots then we could look to other districts in our county and beyond.”