Xiaomei Xiao, 90, of Titusville, NJ, passed away at her home on Saturday, May 8, 2021, surrounded by her loving family.

Born in Shanghai, China, Xiaomei graduated from Wuhan University with a bachelor’s degree in Russian literature. While she attended the university, she met her husband, Baigui Cao and they were later married in Beijing in 1957. For 8 years, Xiaomei was a Russian interpreter and translator at a research institute in Beijing. She then taught foreign language as a Professor at Wuhan University of Science and Technology until her retirement in 1991. Upon her retirement, she moved to the United States to live with her son and daughter for the past 30 years.

In her spare time, she loved to sing and paint.

Funeral services and cremation will be private under the direction of the Saul Colonial Home, 3795 Nottingham Way, Hamilton Square, NJ.

In lieu of flowers, contributions may be made in Xiaomei’s memory to American Cancer Society by visiting In Memory Of at inmemof.org. 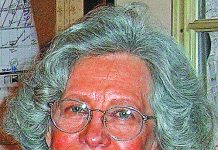