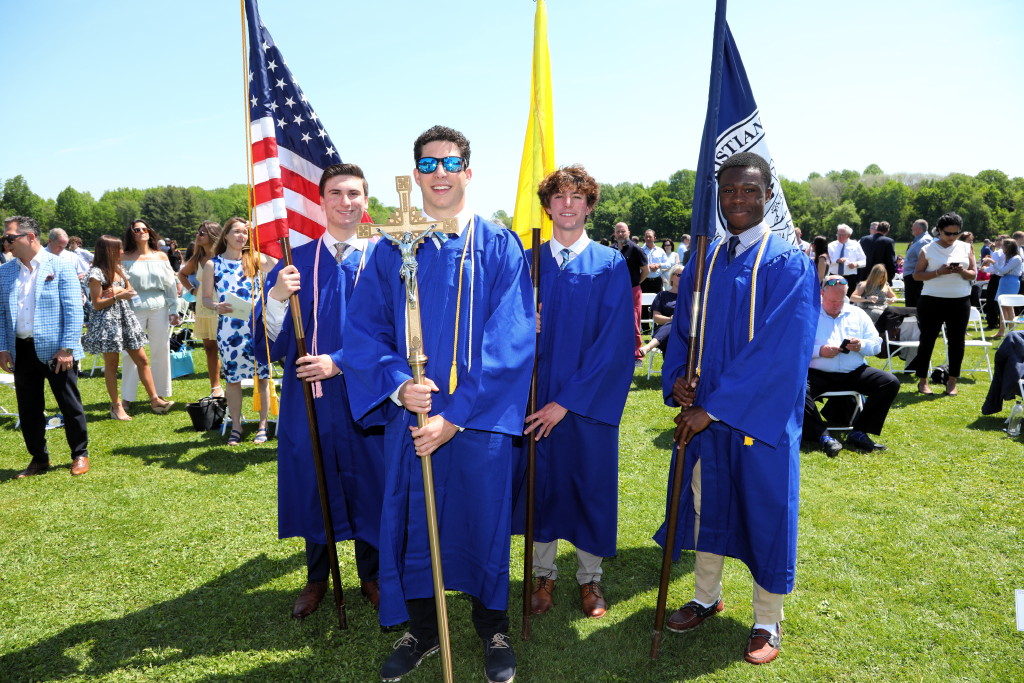 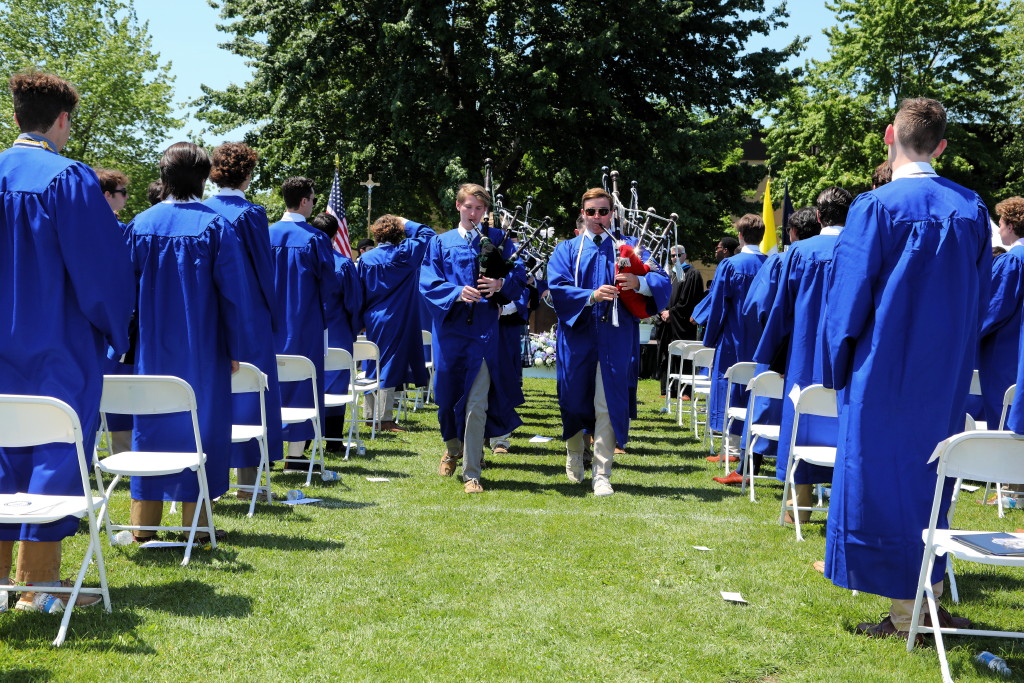 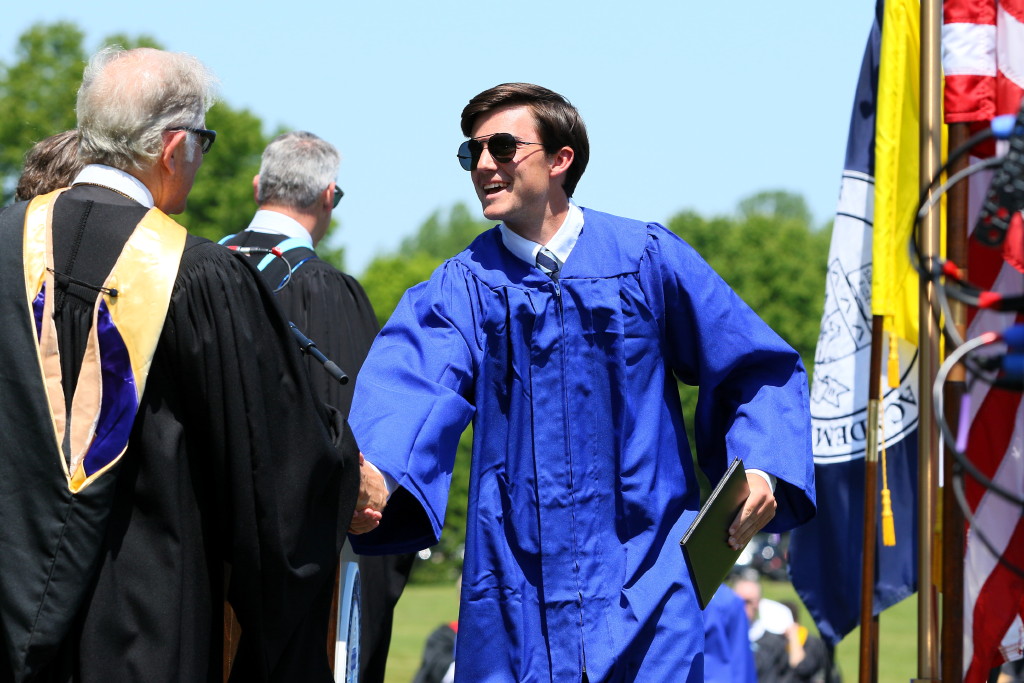 The 59th graduating class of Christian Brothers Academy, Lincroft, will truly be one for the history books.

“You will always remember coming of age in this historic year” during the ongoing coronavirus pandemic, Principal Ross Fales said to open the 2021 commencement ceremony on May 18.

“Like few other academy classes before you, your class has been forged in the crucible of crisis. But once again, the brotherhood persevered,” he said.

Following in the footsteps of the Class of 2020, the 2021 commencement ceremony once
again took place outdoors on campus, according to a press release from the school.

The 208 graduates gathered for the 59th commencement exercises and received the CBA diploma they have been working toward over the past four years, according to the press release.

“Like the 58 classes before you, you grew into the fine young men we see here today,”
President Br. Frank Byrne said to the graduates. “You have taken to heart the mission of our school, which is to raise young men to become morally responsible and intellectually
mature for the betterment of our world. I am fully confident you will make a positive impact on all those you come in contact with in your lives.”

Collectively, the 208 graduates earned $27.19 million in merit-based scholarships to colleges and universities across the nation. That dollar amount does not include grants, financial aid or athletic scholarships, according to the press release.

The senior class logged 21,840 community service hours, which averages out to 105 hours per student where 50 hours are required, according to the press release.