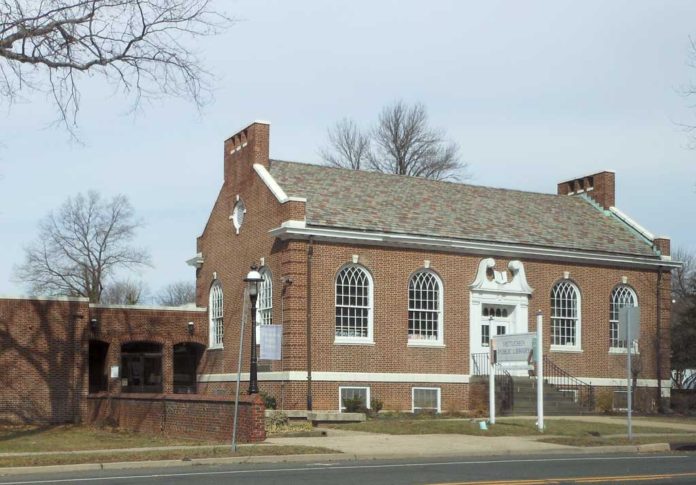 METUCHEN – The borough’s beloved public library will undergo extensive renovations and upgrades if an application for state funding is approved for the project.

According to Resolution 2021-148, approved at the Borough Council’s May 24 meeting, 50% of the funds for the $3.245 million Metuchen Public Library project would be provided by state grant funds and 50% by matching funds.

The council authorized submittal of a grant application in the amount of $1,622,990, half of the project cost, under the New Jersey Library Construction Bond Act for the expansion and renovation project.

According to architectural plans for the library renovation, issues addressed include deterioration in the basement level, which it states, undermine “the structure and foundation of the building.”

Samina Ali, president of the library Board of Trustees, said if funding is approved, the project will strengthen the library’s connection with the community.

“As the Board of Trustees help to write the next chapter for the Metuchen Public Library, we have high hopes for the Library Construction Bond Act grant which, if awarded, would give us the chance of a lifetime to rehabilitate and renovate the basement, expand and innovate with the first floor and create a new Poet’s Pavilion.

“Each space separately and collectively will connect the community, improve their relationship with the library and their experience with Metuchen. The borough’s support and commitment with the project is greatly appreciated,” she said.

Renovation plans prepared by Arcari + Iovino Architects, Little Ferry, can be accessed on the library website, https://www.metuchenlibrary.org, and outline the three main components to the proposed renovations:

The library invites public comment, by email, to metuchenpubliclibrary@lmxac.org

The Metuchen Public Library has its roots in 1870 when a local temperance group opened a reading room annex in the First Presbyterian Church, according to the library website. A few years later, in 1879, the Metuchen Book Club was formed and members paid a 25-cent fee biweekly to borrow from a collection of donated books. By 1884, the Metuchen Library Association was formed and books were housed in a room at the Old Franklin Schoolhouse building.

In 1889, a one-room library building was erected on Hillside Avenue which was open one half-day a week. By 1901 use of the library became free for residents and by 1919 hours were extended.

In 1928, the library became a municipal library and since 1929, has been supported by the borough. With bequests by two residents and a WPA grant, the current library building on Middlesex Avenue was constructed and doors opened Jan. 2, 1937.

According to the library site, currently more than half of the residents of Metuchen are library card holders (7297 out of the overall population of 13,756) and the library greets over 130,000 visitors yearly who come to the library for books, movies, use of various equipment and to participate in an array of free activities.