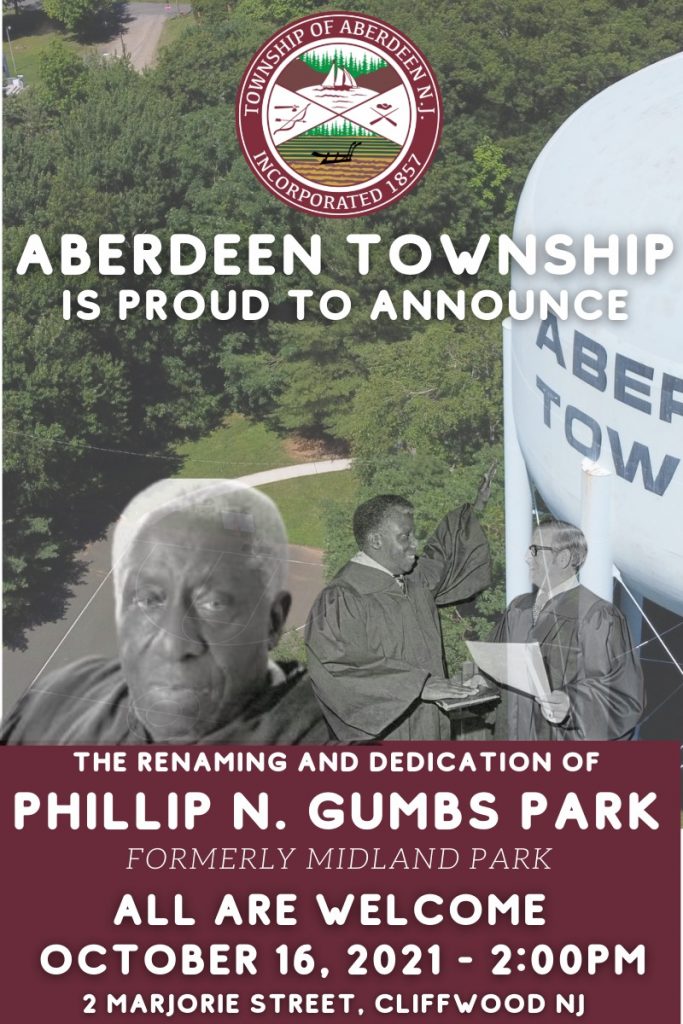 ABERDEEN – On Oct. 16, Aberdeen Township officials will honor the late Phillip N. Gumbs when they rename Midland Park to Phillip N. Gumbs Park to pay homage to his life and career of service.

All members of the community are invited to attend the event which will take place at 2 p.m. at 2 Marjorie St. in the Cliffwood section of the township.