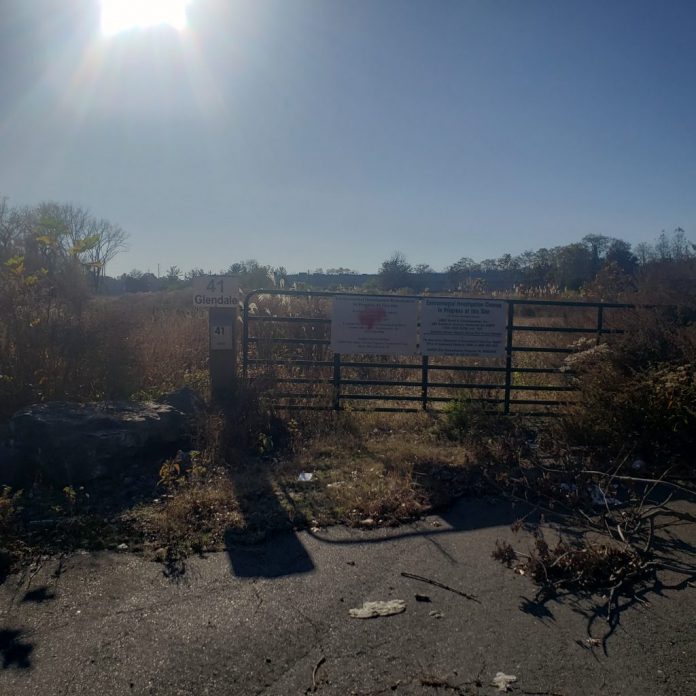 EDISON – Last July, neighbors on opposite ends of the township unified with rallies to just say “no” to two proposed development projects, which they called “inappropriate,” “destructive” and even “criminal” if built in their neighborhoods.

Almost a year later, their rallying cries have essentially been heard.

The township is in the process of purchasing the vacant lot at 41 Glendale Ave. once proposed to become a 176,630-square-foot warehouse. The Township Council approved a $12.98 million bond ordinance providing for the acquisition of the property at a meeting on March 23.

And on March 18, Mark Roshanski, president of Markim Developers LLC, in an email to the township, said they would “either withdraw its pending application before the Zoning Board or amend its application to eliminate the proposed [23] townhouses [on the 2-acre site of a former Charlie Brown’s restaurant on Plainfield Road].

“Markim Developers will propose a new plan for the development of the site, which will be consistent with the vision of the mayor [Sam Joshi] and local residents.”

Joshi shared the email on social media on March 21.

“There will be no townhomes built on the Charlie Brown’s site,” he said. “I made it clear I was against this project and this is a step in the right direction towards stopping overdevelopment, ensuring responsible managed growth and having a master plan that supports Edison’s vision for now and the future.”

Residents have said they believed several single-family homes on the site would be more appropriate and would fit the scale and density of the neighborhood.

For Ron and Emmalyn Loeffler, the news of “no warehouse” in the “historic and residential” Silver Lake neighborhood has them literally jumping for joy.

Joshi had announced the news of no warehouse at his State of the Township address in February. He said the Loefflers, who attended the address, could get a good night’s sleep.

A few days after the address, Ron Loeffler, in a phone call, said he and his neighbors were elated by the mayor’s announcement and looked forward to hearing plans for the site.

Residents have long expressed their support for the preservation of the 10 acres as open space.

Emmalyn Loeffler thanked Joshi, his administration, the Township Council and all the residents who came together to stop the development of the warehouse at a council meeting in February.

“We are super excited to learn the vision of the property, a warehouse should never be put in place of a residential neighborhood,” she said. “I’m excited at the prospect of a new Master Plan that’s going to address all the old zoning and all those forgotten about properties so no residential neighborhood ever has to go through this in Edison again.”

Emmalyn Loeffler shared she believed it was fate for her family to become involved in the fight for their neighborhood because of a similar fight more than 30 years ago.

She said Rich Egan, who lived in the home they live in now, was instrumental in preserving the woods across the street from their home in the 1980s and ensured the purchase of one of Edison’s first New Jersey Green Acres funded pieces of open space properties.

“At the time there was a proposed development of a street and six homes in the woods,” she said. “Rich was really proud of the accomplishment and made it a point to share it with us during the journey of purchasing our home. And we always say when people come to see our house, our across the street neighbors are the best neighbors on the street. Being able to see the woods across the street is what sold us on the home to purchase.”

In efforts to prevent future proposed developments similar to the warehouse and townhomes, a resident has suggested appointing a public advocate for the planning and zoning boards.

The township attorney is reviewing the proposal.