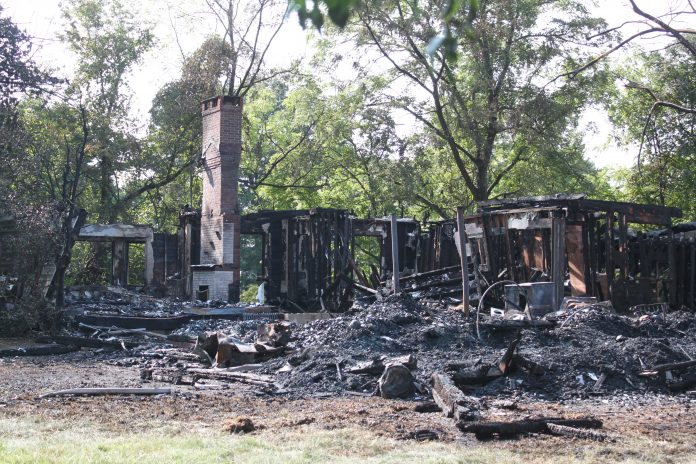 Volunteer firefighters were notified of a dwelling fire at 4:38 a.m. Sept. 16, according to a Facebook posting by the Lawrence Road Fire Co.

Firefighters discovered two vacant buildings fully involved in flames, according to the Facebook postings. The buildings were located at the rear of the property and away from the main house, which has been boarded up and vacant for several years.

Lawrenceville Road/Route 206 was closed for several hours between Carter Road and Cold Soil Road while firefighters battled the flames and officials conducted an investigation into the cause of the fire.