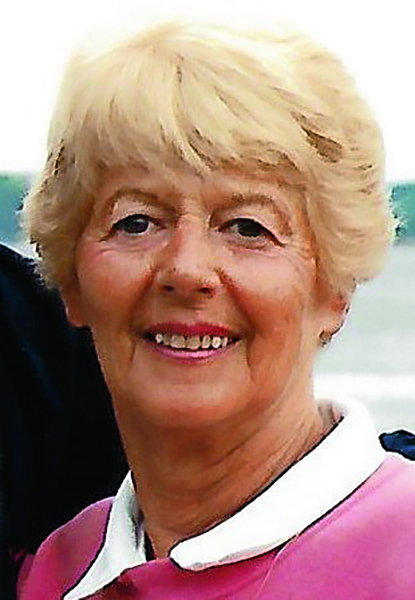 Carol Kane Tiger, 86, of Lawrenceville, NJ passed away peacefully with her devoted husband by her side, on Tuesday, September 6, 2022, at Capital Health Medical Center, Hopewell. Carol died of heart failure after many years of declining health. Born and raised in Doylestown, PA, Carol was a resident of Lawrenceville, NJ for 58 years. Affectionately nicknamed “Cak” for Carol Ann Kane, she was universally loved and admired for her kindness, positive spirit, and humor.

Carol was the daughter of the late William J. and Caroline S. Kane of Doylestown, PA. She graduated from Central Bucks High School in 1954 and attended Penn State Ogontz. Carol met her husband George Tiger at Lafayette College while visiting her childhood friend, Jim Radcliffe, who was George’s roommate. They married in December 1955.

Carol and George Tiger moved to Lawrence Township in April 1964 and were active community members. For over 30 years, Carol held the position of Teacher Assistant at Benjamin Franklin School, and had a positive impact on the lives of hundreds of children, teachers and administrators. Carol enthusiastically volunteered for the local PTA, Lawrence Hamnett Soccer Association, and Lawrence Little League.

Most important to Carol was spending time with her family, especially when they all gathered together on Long Beach Island and Green Pond, New Jersey. Carol and George were fixtures at their family members athletic, music, and school events over many decades as well as long time loyal supporters of The New York Yankees and The New York Football Giants.

The service will be available via livestream beginning at 11:00am at the Church of Saint Ann YouTube channel (https://www.youtube.com/channel/UCHYfsolDzqvHG5RUQGNa9fw) or to replay at a later date.

In lieu of flowers, memorial donations can be made in Carol’s honor to: Lawrence Township Emergency Medical Services, 165 Pilla Avenue Lawrenceville, NJ 08648

The EMT’s were so wonderful to Carol for many years. They are set up for mail-in donations only– please include Carol Tiger’s name on the memo line. Thank you.

To send a condolence to the family or for directions, please visit www.poulsonvanhise.com Arrangements are under the direction of Poulson & Van Hise Funeral Directors, Lawrenceville, NJ.