Maureen Ogden was a conservation trailblazer 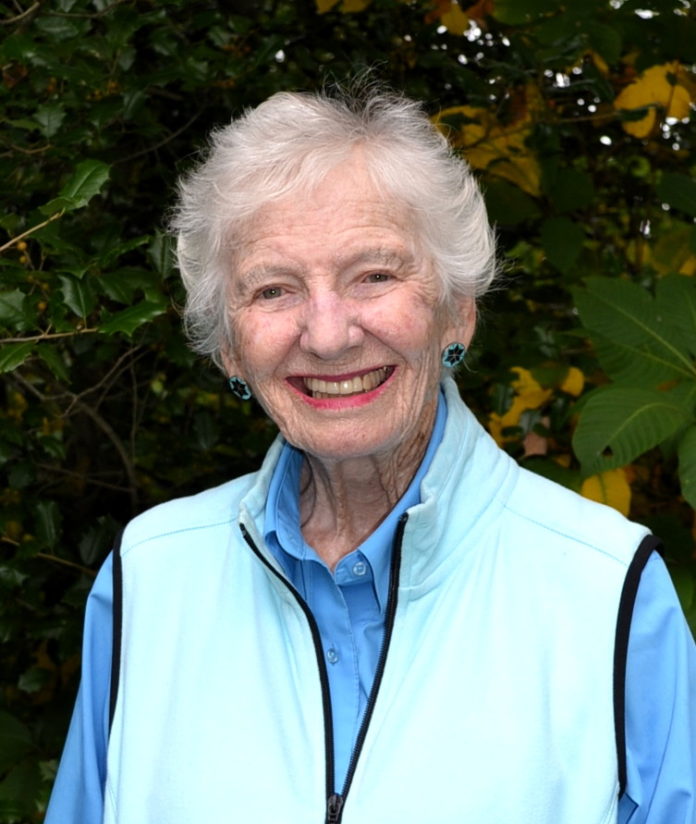 The year was 2011 and former state assemblywoman Maureen Ogden was worried about the future of open space in New Jersey.

The nation was in an economic downturn, but Ogden wanted New Jerseyans to understand the need to create a permanent, dedicated source of funding to preserve large swaths of the state’s remaining undeveloped lands.

“Do you know the water we drink is cleansed by the earth beneath us, and the air we breathe is purified by the green plants surrounding us?” she asked in a podcast recorded that fall. “Our very existence depends on the harmony of the natural cycle. So, in seeking to preserve New Jersey’s natural heritage, we need to feel a real sense of urgency, as though our lives depend on it, because they do.”

Ogden described the loss of the state’s natural lands as “a quiet crisis” because animals and plants cannot stand up for themselves.

“It is we who must speak and act for them and others without voices, future generations,” she declared.

Her passion and dedication helped secure permanent land preservation funding in 2014, ensuring the continuation of earlier initiatives that made New Jersey a national land preservation leader. It echoed her success in the state Legislature, years earlier, fighting to protect freshwater wetlands.

Maureen Ogden passed away on Aug. 17 at the age of 93, leaving an over 50-year legacy as a staunch and determined advocate for the environment.

“Maureen was one of the best legislators in Trenton,” said former Gov. Tom Kean. “In history, the arts, and most of all in the environment, she made our state a better place.”

A Millburn Township resident, Maureen began her environmental career as a volunteer at the Cora Hartshorne Arboretum in the Short Hills section of Millburn.

She then joined the Millburn Environmental Commission and was later elected to the Township Committee, where she served for three years as mayor.

Ogden ran for New Jersey Assembly in 1981 and won, serving until 1996. During her 14 years in the Assembly, she headed the Environmental Committee and led the charge on many environmental policy initiatives.

She was particularly instrumental in the passage of New Jersey’s Freshwater Wetlands Protection Act, one of the strongest wetlands laws in the nation. She also championed legislation protecting open space, endangered species, and water and air quality.

After leaving the Assembly, Maureen was appointed by Gov. Christine Todd Whitman to chair the Governor’s Council on New Jersey Outdoors, tasked with assessing the state’s open space needs and recommending funding.

Following the passage of a statewide open space referendum in 1998, she was appointed as the first chairwoman of the Garden State Preservation Trust, which went on to fund the protection of hundreds of thousands of acres throughout the state.

Ogden also served as a commissioner of the Palisades Interstate Park Commission and as a member of the Legacy Council of New Jersey Highlands Coalition.

She was very active in the Garden Club of America, using the club’s leverage to boost environmental advocacy efforts in Trenton. And she was always ready to jump in and help on issues, as she did when the iconic Palisades cliffs were threatened by high rise development.

Maureen was an important part of New Jersey Conservation Foundation, generously giving her time, expertise and resources over the course of many years.

She joined the Board of Trustees in 2006 and co-chaired the Policy Committee for many years. During the past several years she served as an honorary trustee, alongside former governors Kean, Whitman and Florio.

For the dedication of the preserve, Gov. Whitman described Maureen’s many contributions.

“Leaving a lasting legacy is a tricky business, but if anyone has done it, Maureen Ogden has been the one,” said Whitman. “Not only was she the power behind New Jersey’s open space preservation efforts, her extraordinary environmental leadership has embraced all facets of our shared environment.

“In a low-key, but insistent and persuasive way while both in and out of the Legislature, Maureen shepherded through most of the major environmental initiatives that have ensured a quality of life in New Jersey,” Whitman added.

Kean noted at the dedication that Ogden’s leadership was especially evident when she fought for passage of the Freshwater Wetlands Act.

“When she has a cause, she will go through a wall to get that cause done,” he said. “She was the best leader we all could have in the state Legislature because she never gave up.”

Maureen was an inspiration to all and a very interesting and kind person. She was unfailingly diplomatic, but always persistent. Her refusal to give up on clean water, clean air and wildlife habitat truly made New Jersey a better place for future generations.

To learn more about the Maureen Ogden Preserve, go to https://www.njconservation.org/preserve/maureen-ogden-preserve/