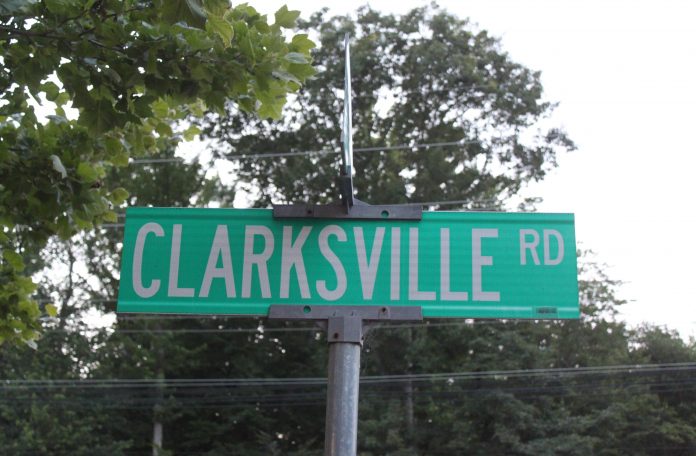 Gonzalez owns property at 89 Clarksville Road and 91 Clarksville Road, next to the tract. It is the site of the former American Cyanamid Corp. Fox lives in the Princeton Junction section of West Windsor Township.

The 539-acre tract is part of an overall 645-acre parcel bordered by Route 1, Quakerbridge Road, and the Northeast Corridor railroad tracks. Its frontage on Quakerbridge Road spans both sides of Clarksville Road.

The lawsuit challenges the West Windsor Township Planning Board’s June 29, 2022 approval of the proposed warehouse and distribution center. It also challenges the West Windsor Township Council’s approval of an ordinance in 2020 that created the Planned Commercial District, which allows warehouses as a permitted use on the tract.

Gonzalez and Fox want the court to invalidate the Planned Commercial District zone and the Planning Board’s approval of the warehouse and distribution application. The lawsuit alleges that the actions by the Township Council and the Planning Board were “arbitrary, capricious, unreasonable and unlawful.”

The Planned Commercial District zone grew out of a 2018 lawsuit filed against West Windsor Township by Princeton Land LLC, the former owner. The lawsuit sought to have the tract rezoned to allow a mixed-use development that would have included a village center with retail stores and restaurants, plus hotel and office space, recreation facilities and a range of housing units – from apartments and townhouses to single-family homes.

At that time, the property was zoned Research Office Manufacturing-1, which permitted offices and limited manufacturing. Warehouses were allowed if they were incidental to a permitted use. Stand-alone warehouses and distribution centers were not allowed.

Also, the Research Office Manufacturing-1 zone permitted a mixed-use planned development, but only in the form of an office, research and development park, coupled with 100% affordable housing.

Approval of the ordinance to create the Planned Commercial District paved the way for Bridge Point West Windsor LLC to file an application in 2021 for the 5.5 million-square-foot warehouse and distribution center. This is the application that was approved by the Planning Board in June 2022.

The lawsuit filed by Gonzalez and Fox raises several issues. Starting with officials’ alleged “failure to provide adequate notice of the proposed change to the township’s zoning ordinance to allow a warehouse and distribution center.”

The lawsuit claims that public notices published by West Windsor Township in advance of the 2020 public hearing on the ordinance to create the Planned Commercial District zone did not clearly state the nature of the matters to be considered.

The lawsuit also alleges that such notice was not provided to those who owned property within 200 feet of the affected property at least 10 days in advance of the public hearing, as required by state law.

“Despite changing both the zoning classification and boundaries of the (proposed Planned Commercial District) zone, the township failed to send the individual mailed notices to property owners” as required by state law, the lawsuit states.

The lawsuit also alleges “spot zoning.” “Changing the zoning on the affected parcels from Research Office Manufacturing-1 to the Planned Commercial District was done for the benefit of the developer,” according to the lawsuit.

The creation of a new zone amounted to an “illegal quid pro quo” by “providing favorable non-residential zoning requirements in exchange for agreeing not to construct affordable housing,” according to the lawsuit.

Creating the Planned Commercial District also allowed the applicant to “side-step the requirement to obtain significant variance and other relief necessary for the construction of its proposed warehouse and distribution center,” the lawsuit states.

The lawsuit alleges that the Planning Board, which does not hold its meetings online, violated Gonzalez’s and Fox’s “constitutional rights to due process and equal protection.” It is the only board among the township’s boards and committees that does not provide for remote meeting access, via an online method, the lawsuit states.

“Holding the Dec. 9, 2020 Planning Board meeting in person meant that the public would have had to break COVID-19 quarantine restrictions if they were to attend the meeting,” the lawsuit states. “The meeting was held at the height of the pandemic.”

The Planning Board’s decision not to permit remote public participation at the Dec. 9, 2020 meeting via Zoom or another online platform “when it was fully capable of doing so, deprived the public of a meaningful and realistic opportunity to participate,” the lawsuit states.

Also, the lawsuit claims that when the Planning Board approved the application on June 29, 2022, it did not consider that although the Planned Commercial District was created specifically for the applicant, the application required 12 design waivers, 12 submission waivers and 82 conditions of approval.

“The sheer number of waivers and conditions of approval demonstrate that approval of the application was palpably unreasonable, arbitrary and capricious. The Planning Board erroneously granted the application,” according to the lawsuit.