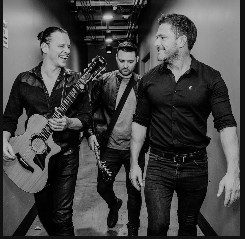 Bio:
Originally formed in 1997, BBMAK (Mark Barry, Christian Burns, and Stephen McNally) have officially reunited after a 15-year hiatus. This multi-platinum selling English pop group has sold more than three million albums and had hit singles worldwide before disbanding in 2003.

Tickets:
SKYDECK SEATING: $45 – elevated section that features an unobstructed center-stage view of the stage with food and beverage service.

VIP: $150 – includes a private pre- show performance by BBMAK, one 8×10 photo, one VIP lanyard, and the opportunity to get an autograph and to take a photo with the band.