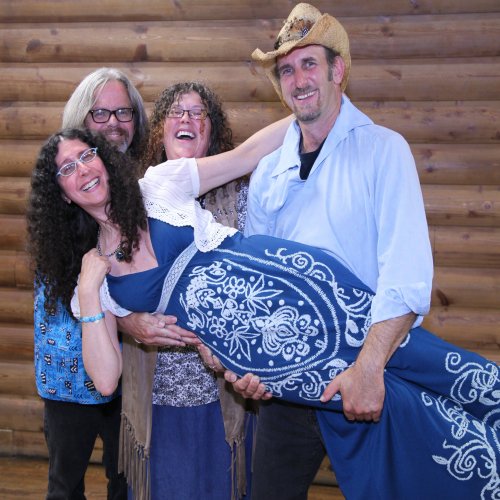 Called one of the best singers of her generation by Christine Lavin, and “Golden Voiced” by David Amram, international touring artist Mara Levine is known as an exceptional song-finder, selecting and then creating beautiful interpretations of fine traditional and contemporary songs. Her new CD FACETS OF FOLK, was the #1 album, with the #1 song and #1 artist positions on the International Folk DJ Chart for January 2019. www.maralevine.com
Mara will be supported by Gathering Time, who will have their own set at well.
With a vocal blend oft-described as seamless, inspired guitar playing and precise percussion, Stuart, Hillary and Gerry of Gathering Time evince deep roots in ‘60s folk-rock, with a healthy dash of traditional folk in the mix. Their stage chemistry makes clear that they take the music (if not themselves) very seriously, yet their infectious energy wins over even fans who never considered themselves folkies. www.gathering-time.com