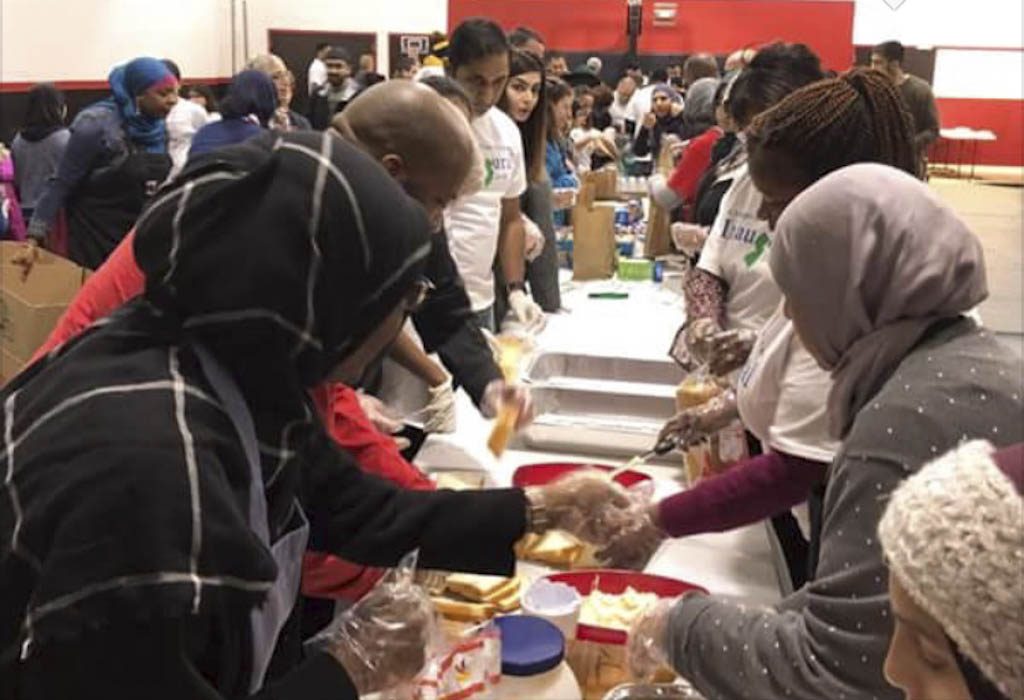 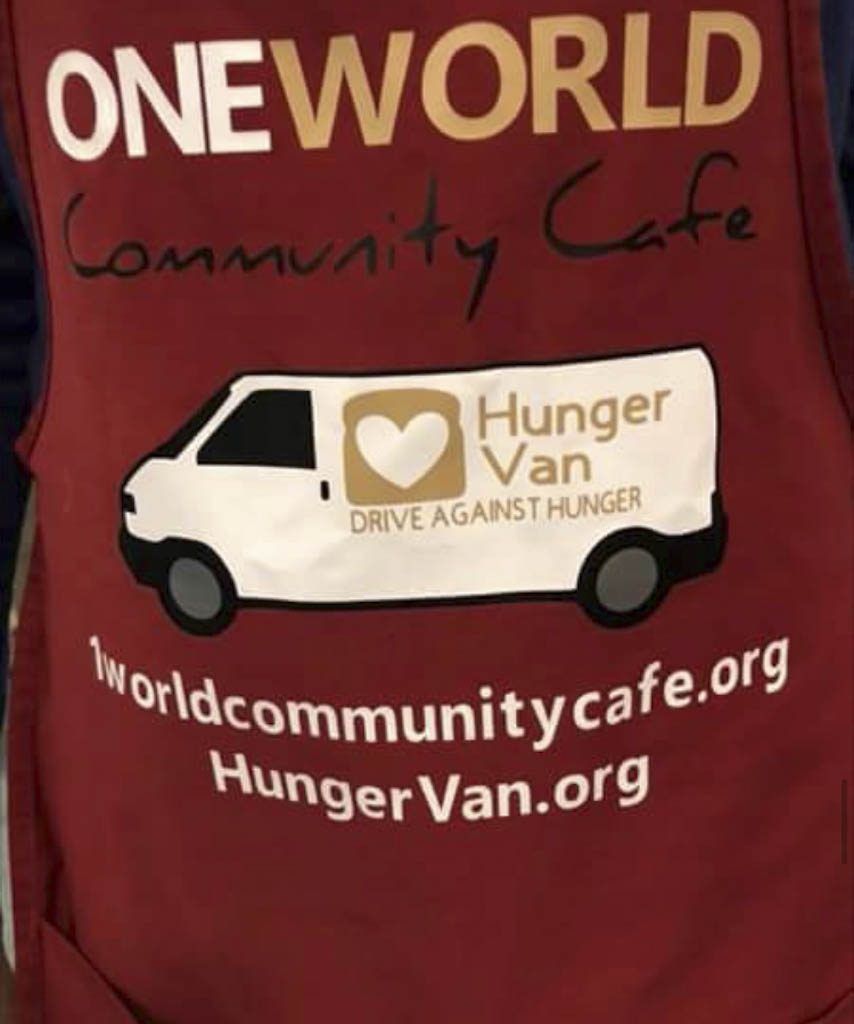 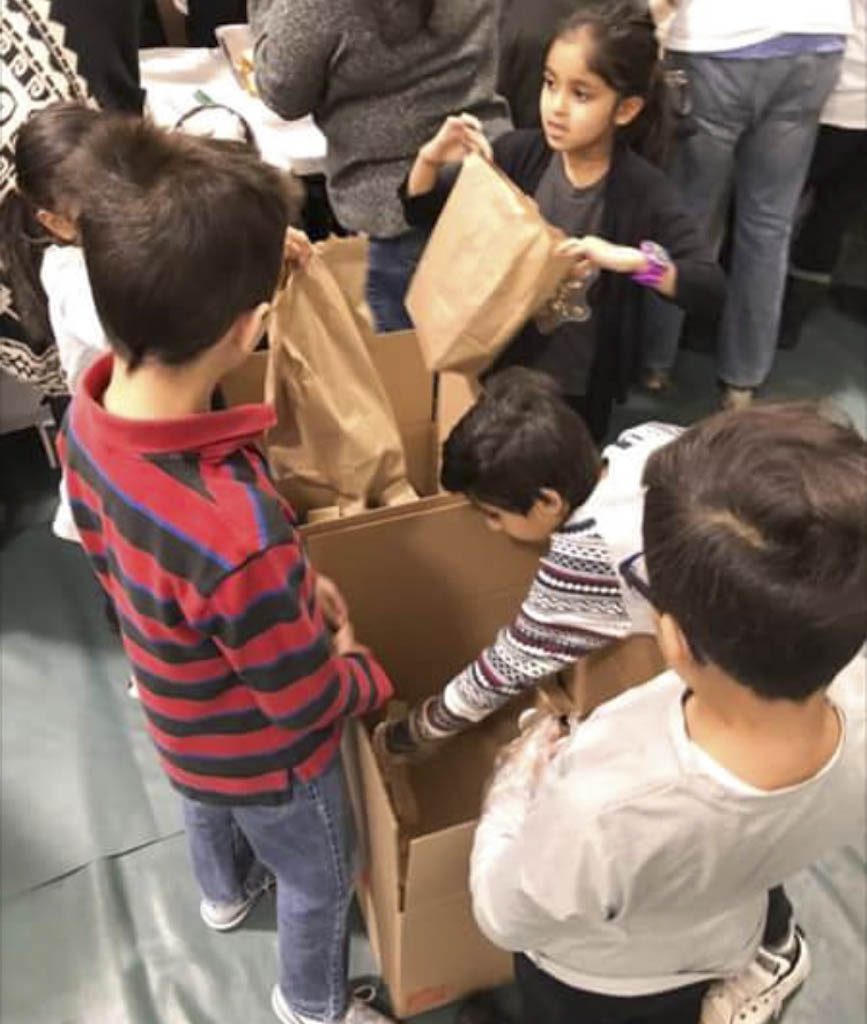 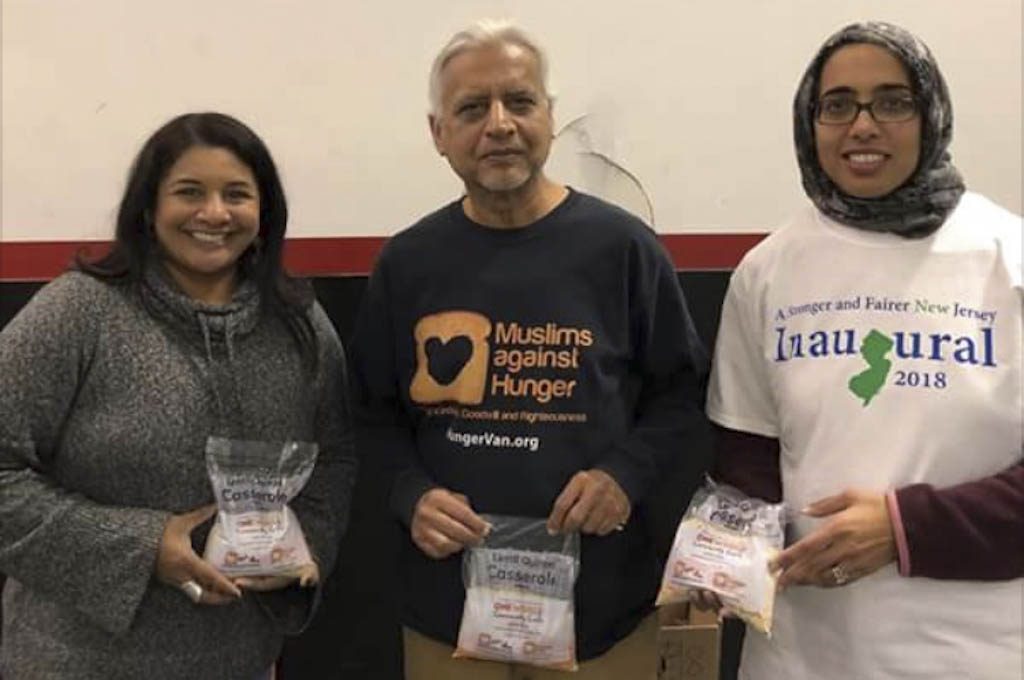 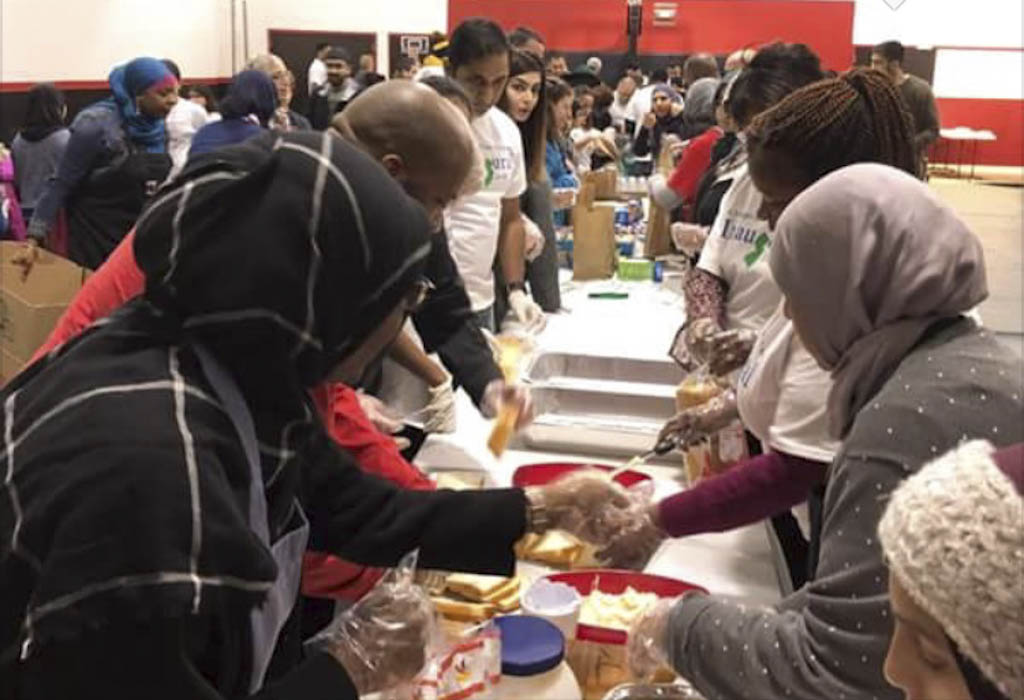 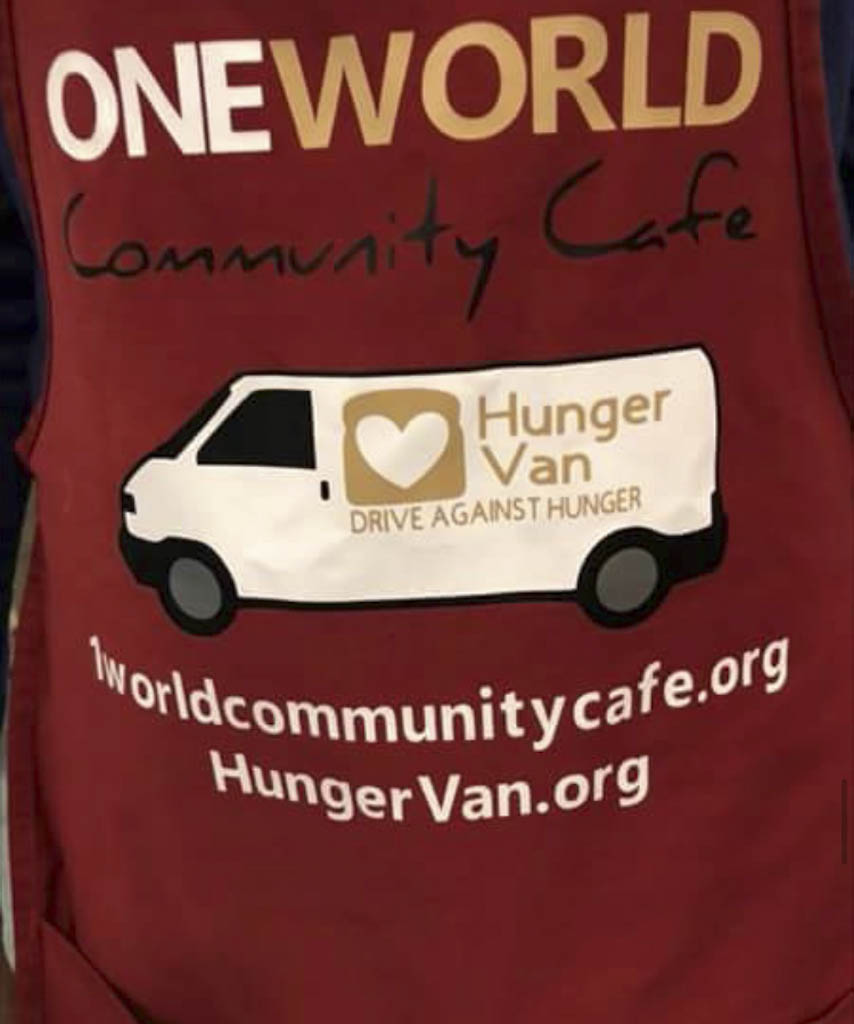 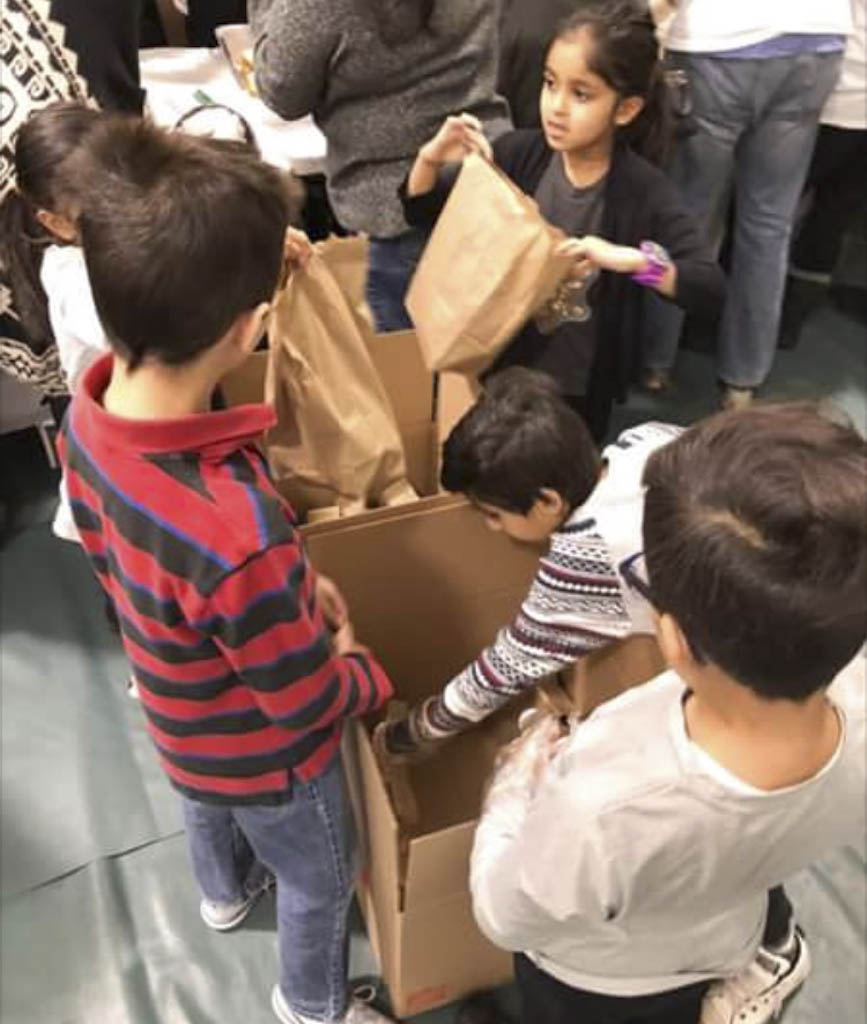 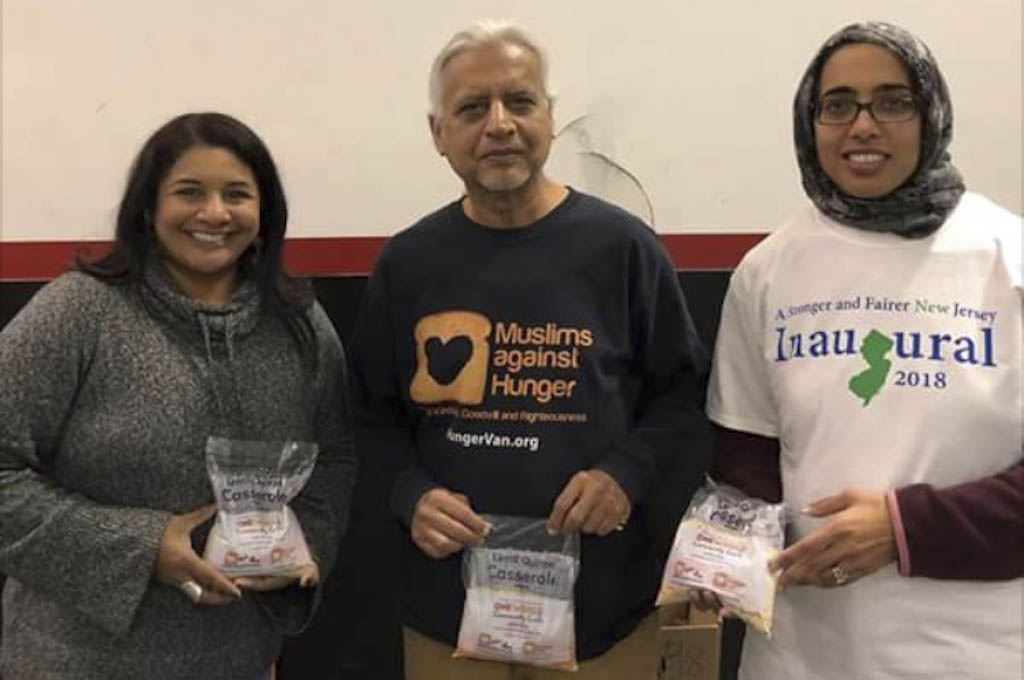 Hunger is the harsh reality that nearly 50 million people in America alone do not know where their next meal will come from.

Since the first Dr. Martin Luther King Jr. Day was observed in 1987, the national holiday has been traditionally associated with giving to those in need through acts of community service. This year, the holiday was observed at the New Brunswick Islamic Center (NBIC) in the form a Day of Service which was attended by more than 100 volunteers from all ethnicities, religions and age groups, along with lead representatives from Gov. Phil Murphy’s office, Azra Baig and A.J. Stewart; and Middlesex County Freeholders Shanti Narra and Charles Kenny.

The event on Jan. 15 was organized and sponsored by a community based organization, HUDA, a part of NBIC, in conjunction with Muslims Against Hunger. Held at the NBIC facility, the event saw more than 100 volunteers. ages 3-73, join hands in making more than 3,000 non-perishable and 300 perishable plant-based food packages within an hour, which were then distributed to Elijah’s Promise, the Trenton Area Soup Kitchen and needy families in New Brunswick. Each of the bags distributed to impoverished individuals contained 10 meals, providing a month’s supply of clean and healthy food.

The HUDA initiative at NBIC strives to mobilize the community at large in events such as the’s Day of Service all year round. Muslims Against Hunger, an organization founded by Zamir Hassan, works with various communities within the U.S. to bring people of all backgrounds together to fight against hunger and poverty.

These communities honor the work of King by following in his footsteps: they help themselves by helping others.