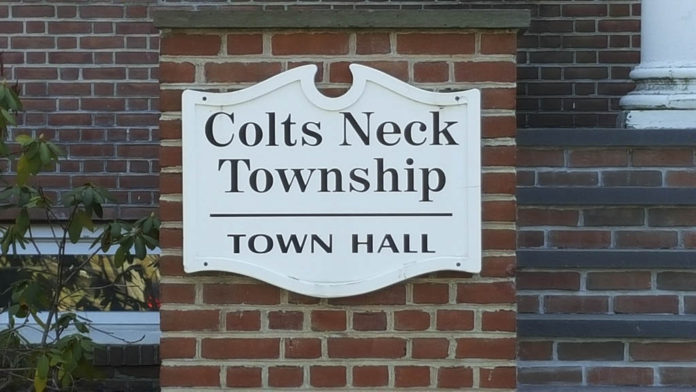 COLTS NECK – A public hearing concerning an ordinance that will, if adopted, ban business operators from selling medical marijuana and so-called recreational marijuana will continue at the Aug. 8 meeting of the Colts Neck Township Committee.

Committee members closed the public hearing for that evening and passed a motion to table the ordinance until Aug. 8, when members of the public will be given another opportunity to weigh in on the proposed law.

Committee members may adopt the ordinance on Aug. 8. The ordinance would also prohibit the sale of drug paraphernalia, and ban the growth and manufacture of marijuana in Colts Neck.

“As a development ordinance, this ordinance was shared with the township Planning Board, all municipalities bordering Colts Neck and the Monmouth County Planning Board,” Municipal Clerk Beth Kara said.

“The added time given a development ordinance between introduction and possible adoption provides time for review and comments by the township Planning Board, individuals in bordering municipalities, and the county Planning Board,” Kara said.

The ordinance states that Colts Neck “desires to ensure that such facilities that dispense marijuana or cultivate marijuana are not within a quarter-mile of a school, church, park, commercial business or any zone permitting single-family residential as a permitted principal use.”

It states that “there is no area in the township which can safely house a business selling, manufacturing or growing marijuana and/or the paraphernalia that facilitates the use of such marijuana.”

The proposed law goes on to state, “The Township Committee finds it is in the best interest of the township and general public welfare to ban all businesses selling marijuana and/or paraphernalia facilitating the use of marijuana, and the growing or manufacturing of marijuana within the township.”

The language the ordinance proposes to add to the existing municipal code states that “the growing, cultivating, farming, manufacturing, distribution, or selling of medical and/or recreational marijuana and/or paraphernalia that facilitates its use shall be a prohibited principal, accessory or conditional use.”

Township Attorney Meghan Bennett-Clark previously said the ordinance does not ban the use of Cannabidiol (CBD oil) because it is already legal.

Cannabidiol is a cannabis compound that has significant medical benefits, but does not make people feel “stoned” and can counteract the psychoactivity of tetrahydrocannabinol (THC), according to projectcbd.org