The following is a submitted collection of the weekend’s results.

In well-played game by both teams, Stark & Stark, through defensive pressure and just enough offense, edged Pennington Quality Market by a score of 1-0.

Scoring for Stark & Stark in the second half was Shane Sullivan, on a heads-up pass in the box from Ethan Peck, and midfield pressure was applied throughout the game by Tommy Irvine, Aaron Nulman and Jason Donis-Yuman to start additional offensive opportunities.

The shutout was led by outstanding goalie play from Adam Rise for the entire game, and by one big play after another from Drew Kohlhepp, Robert Taylor and Simon Rainey, who all made important defensive plays to preserve the win.

On Sunday, Dr. McDonough’s Live Wires held off the Northfield Bank Tigers 3-2 behind three goals by Megan Kurian and outstanding goal tending by Barrett Upson, Reagan Silvestri, and Paige Ritter.  The Tigers came roaring back in the fourth quarter with two late goals by Olivia Branham, but it wasn’t enough. Rachel Morse and Blair Russell played lights out defense, and the offense was led by Branham, Mia Scupari and Melanie Hujber. Kelly Hujber was solid as always in net, while Maggie Mott played her best game of the year.

That same day, Franco’s Pizza worked on passing as the opposition proved worthy adversary. Lucy Ragan’s position play today opened up many opportunities in today’s 2-1 win over the DeSimone Orthodontics Blue Feet. For the Blue Feet, Anna and Maya Wilson created opportunities with their passing and Elizabeth Buchert scored the lone goal.

In a heartbreaking loss Sunday afternoon, Princeton Nassau Pediatrics played extremely well together as a team, but came up just short in a score of 3-2, nearly defeating the undefeated Soccer Post team.

Defense was strong by Samuel Girmachew, Allen Ye and especially Kaempfer Harjes, who stopped more shots on goal than ever before. It was a tremendous team effort by the Princeton boys’ team.

Team HVSA-White played an exciting match against Horvath & Giacin on Sunday. In lots of back and forth action, defenders Brett Streeper and Yaseen Mansour proved to be valuable assets to their team. Midfielders Juan Geller, Anthony Raub, Jason Jaffe, and Chance Hutnik hustled after the ball aggressively making some key plays for Team HVSA-White. 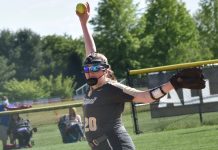