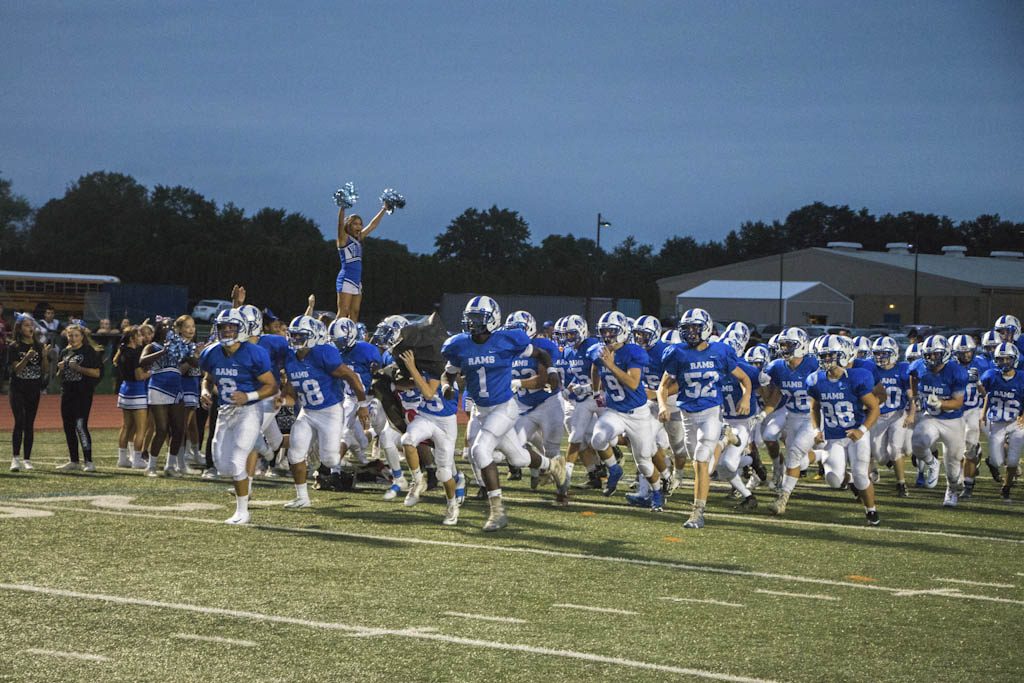 Ryan Fullen always wanted to be a head football coach.

So when he got his chance toward the end of last summer, even though the situation wasn’t ideal, Fullen took it.

He became the head football coach at Hightstown High School on Aug. 3, 2018, and then the Rams opened training camp on Aug. 6. Fullen had no time to institute an offseason training program and little time to implement offensive and defensive systems.

Not surprisingly, the Rams went 3-6 and lost five games by double digits. But going into 2019, Fullen has had a full offseason to develop players and build systems around them. Increased familiarity and day to day consistency should make the Rams a much more competitive team in 2019.

Hightstown will open the season on Sept. 6 at Montgomery High School. Kickoff is scheduled for 7 p.m.

“The numbers are good and our work ethic has improved,” Fullen said. “Hopefully that hard work crystallizes and comes to fruition on the field.”

The Rams are returning eight starters from a solid defense, which allowed single digit points in all three of Hightstown’s 2018 victories, and earned shutouts in two of those victories.

Last year, Hightstown saw a lot of different offenses, from Princeton High School’s Wing-T to Allentown High School’s empty spread. That’s why Fullen, who served as a defensive coordinator for Monroe Township High School before taking the Hightstown job, installed a versatile defense in the offseason.

This fall, the Rams will be a “multiple” defense. They will mostly use four down linemen and a variety of different looks behind them, from a 4-3 to a 4-2-5, depending on the opponent. Fullen is confident that his veteran players can pull this off.

“You want to be able to match all those teams. We have a system where we can do that,” Fullen said. “We use the same verbiage but line up differently.”

Defense should be Hightstown’s constant in 2019. But its offense will be its variable.

The Rams scored seven points or less in five of their six losses last season. Fullen wants to remedy that by pounding the rock with a trio of capable running backs in Justice, Jason Kollman and Ni’el Jefferson.

Justice is the sprinter, Kollman the bruiser and Jefferson a combination of the two. Fullen expects them to make his single wing offense go, but he is also planning on using play action passes to complement his running game.

“If the run is working, we’re not going to deviate from that,” the coach said. “But everything is complementary.”

It is hard to say if Hightstown will score more in 2019. Fullen still has to figure out his quarterback and offensive line positions.

But the Rams will at least be more cohesive this fall, and that should give them a better chance in most games.

The program should have a better chance moving forward, too. Fullen got a teaching job at the school last October, so his professional life is now fully unified into the Hightstown community.

After spending years as an assistant coach at collegiate and high school programs, the 37-year-old has found a home.

“I always wanted to be a head coach,” he said. “And there are a lot of enticing factors here. The parent club is amazing and the school is committed.”