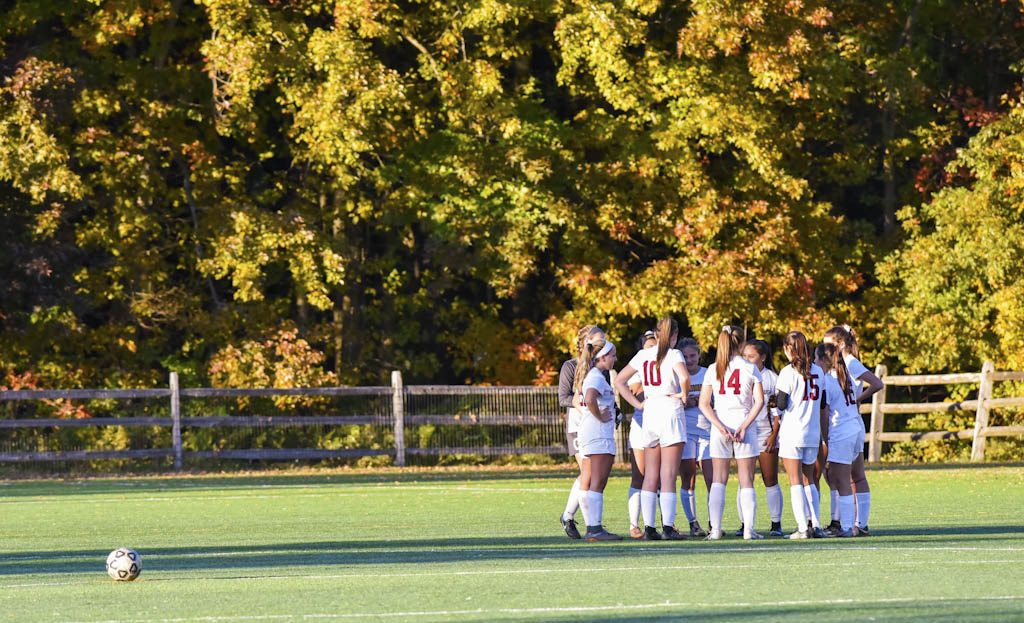 But both are back for their senior year in 2019.

And their presence will give the Raiders a chance to be much better than they were a year ago.

Rutigliano is a strong, physical center back who organizes the defenders around her. Rigby has the speed to get forward and the ball skills to finish scoring opportunities.

The Raiders also have seven other starters, and 13 other varsity players, returning from last season. They only went 2-9-6, but they at least gained experience. Based on that and the returns of Rutigliano and Rigby, Bitter expects his club to improve in 2019.

Hillsborough will open its 2019 season on Sept. 4 at home against Hunterdon Central Regional High School.

“It’s looking good. It’s a much more experienced group,” Bitter said. “Let’s hope they can turn it on and get good results.”

“But if we can make it as far as possible in the county and states, that would be great too,” the coach continued. “We have a shot.”

Rutigliano will have to anchor the defense and Rigby will need to spark the offense. But in between, the Raiders have two well rounded center midfielders capable of controlling possession.

Center midfielders Alexa Swetz and Ava Curtis both made the All-Somerset County Second Team in 2018. So Hillsborough had two of the best two way midfielders in Somerset County, showing that the Raiders just had holes in the back and front.

With those holes hopefully plugged for 2019, Swetz and Curtis will have more help this fall.

Bitter wants his Raiders to be like his midfielders in 2019: Well rounded. It’s not an irrational vision, either.

Rigby, though, will be the key to making everything come together. The team’s defense was decent in 2018, but its offense really struggled, scoring just 12 goals in 17 games.

“Shelsea gives us more options to get forward and score, with the lanes she opens around her,” Bitter said. “Hopefully that will result in more victories.”

Hillsborough’s only glaring hole is in goal, where starter Olivia Bandola graduated after last season. Her backup, Jill Stanton, and a junior, Megan Wilke, are competing for time in net.

“We know Jill is a steady goalie but they are still competing,” Bitter said. “It could be a rotation.”

No matter who earns that spot, the Raiders should be a lot more experienced and healthy in 2019, so they should at least have a chance to win more games and perhaps even make a postseason run.

“There’s a desire to win and I think we’re a stronger team,” Bitter said.