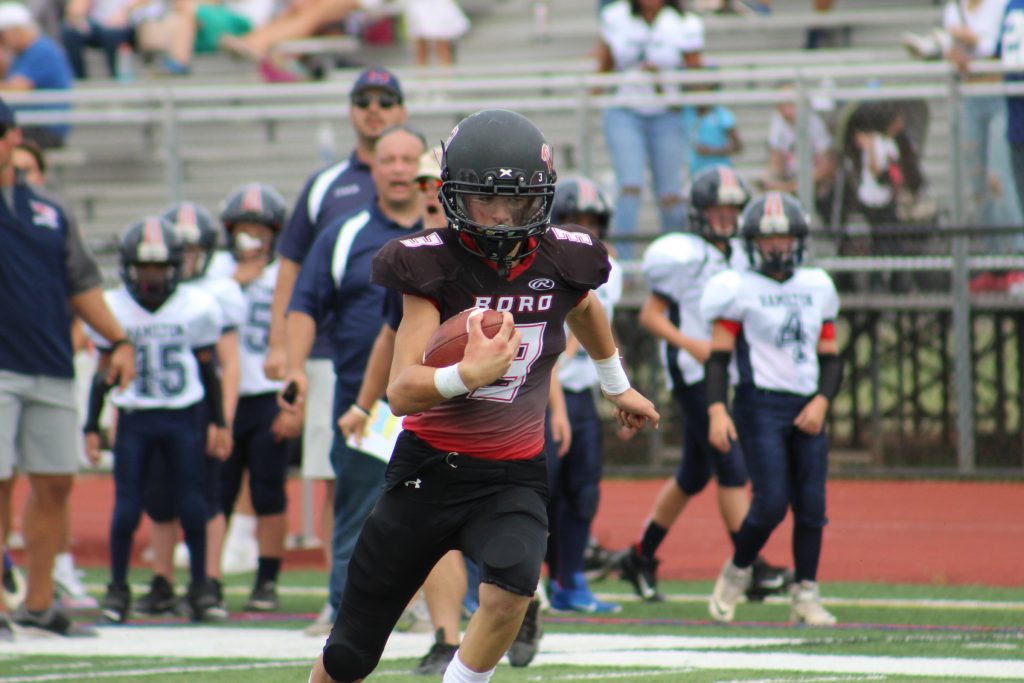 Hillsborough Duke 12U running back Cole Hayden marches down the field. SUBMITTED PHOTO
× 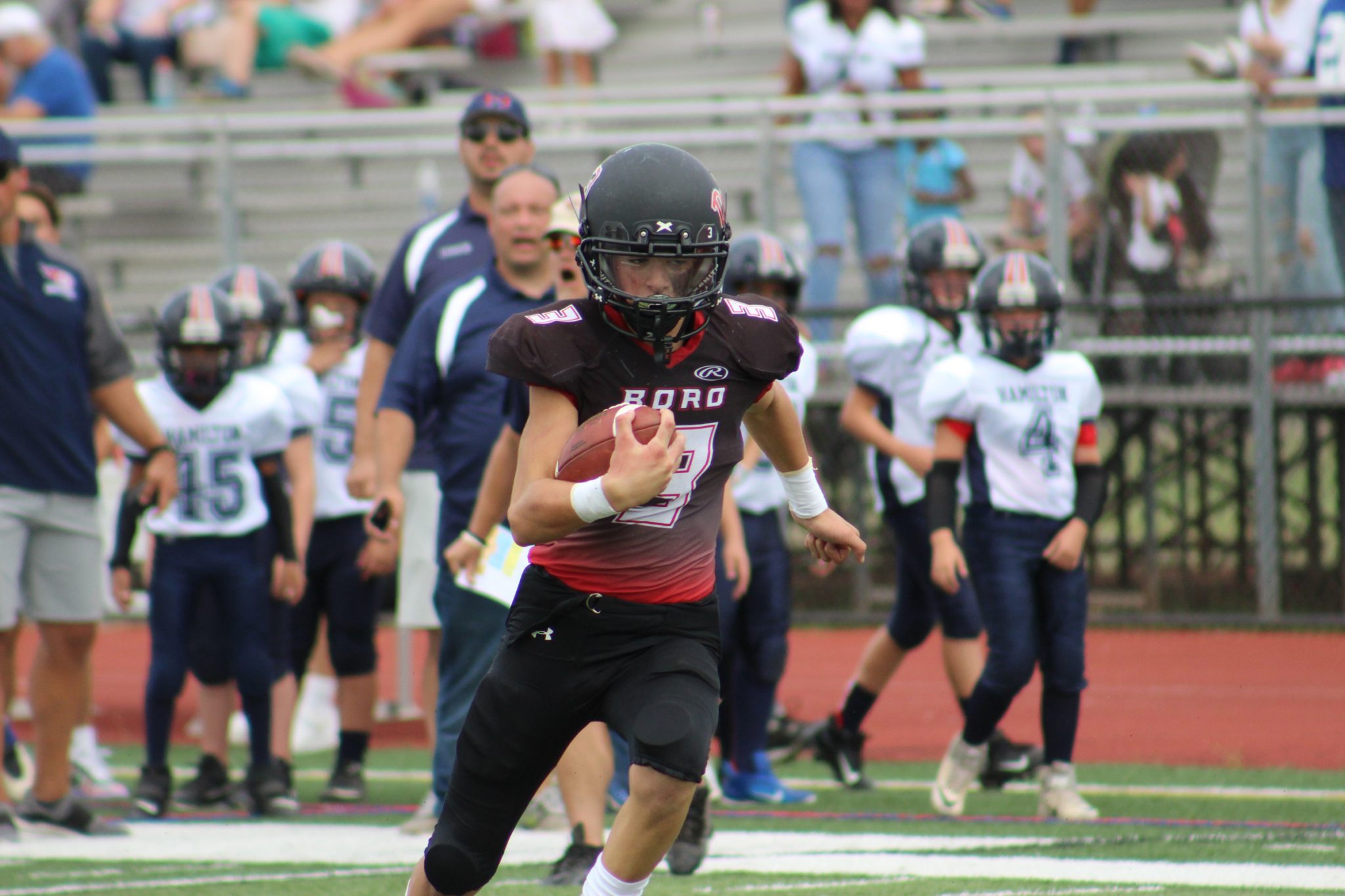 Hillsborough Duke 12U running back Cole Hayden marches down the field. SUBMITTED PHOTO

On Sunday, Sept. 8, the Hillsborough Dukes played the second home game of the season at Hillsborough High School.

The Dukes opened their season on Aug. 25, where all five Dukes teams had successful games with wins on all levels. This week’s competition proved to be another successful weekend for most of the teams, as well. Next weekend, the Dukes will be traveling for the first road trip of the season.

On Sunday, Sept. 8, the 8U Hillsborough Dukes hosted the Hamilton Revolution.

Despite a tough loss for the 8U team, there were some standout plays by the Dukes.

Offensively in the second half, Mason Smith ran for a touchdown.  Defensively, Cameron Fitchett, Wyatt Mankowski, Matthew Fedora and Gavin Mankowski came up with a big tackles. Mason Smith recovered a fumble.

The team will travel next week on Sunday, Sept. 15, to Staten Island.

In a defensive battle, the Dukes 10U team pulled off a tight 7-6 victory against the Staten Island Lions on Sunday, Sept. 8.

The turning point in a 0-0 stalemate, happened late the first half when Gavin Glazewski and Jack Schmelzer blocked a punt. Once the Dukes picked up momentum, on the next set of downs, Xavier Harrigan ran for a 20-yard touchdown to put the Dukes up 7-0.

The win was solidified after the Dukes defense kept the Lions from converting their point after touchdown and held them for a 7-6 victory.

The 10U team will travel to Bayshore for the upcoming week’s game.

Cole Hayden scored a fourth touchdown, as well on special teams, where he returned a punt.

Defensive standouts for the day were Brenden Barker, Kevin Jones and William Hayes.

On Saturday, Sept. 14, the Dukes will meet the undefeated Edison Jets  in Edison under the lights.

The Dukes 14U Team secured another win this weekend. The Dukes out played the Bridgewater Panther, bringing home a 27-6 victory.

The 14U Team will hit the road this coming weekend, when they face off against the South River Knights on Sunday, Sept. 15.