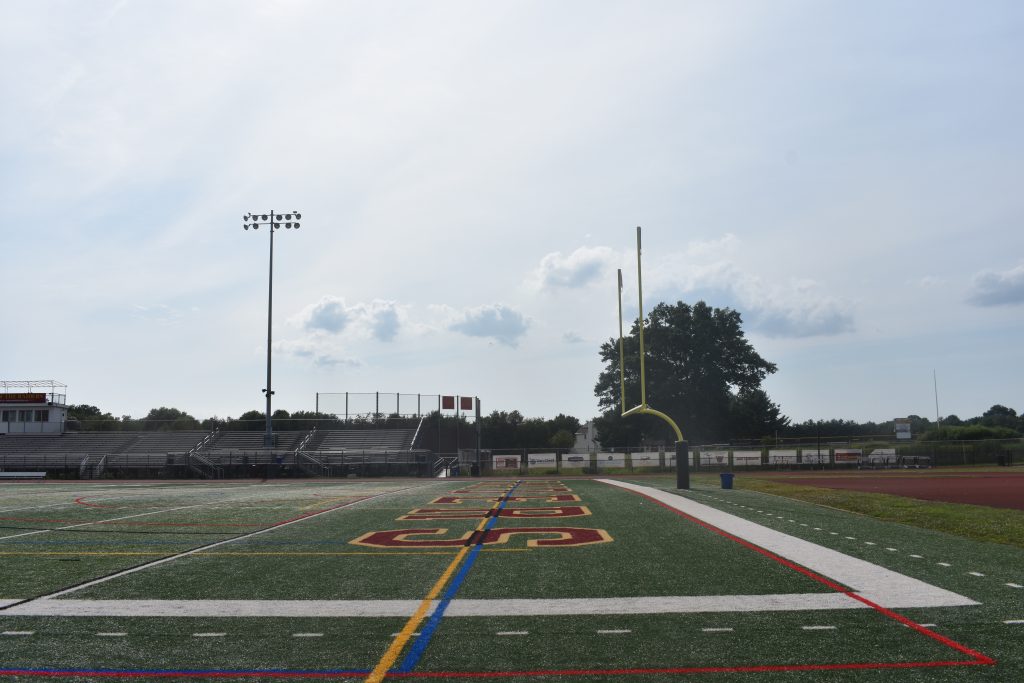 Hillsborough High School has won three football home games on this field this fall, but it will face its first road test, at Hunterdon Central, on Sept. 27.
× 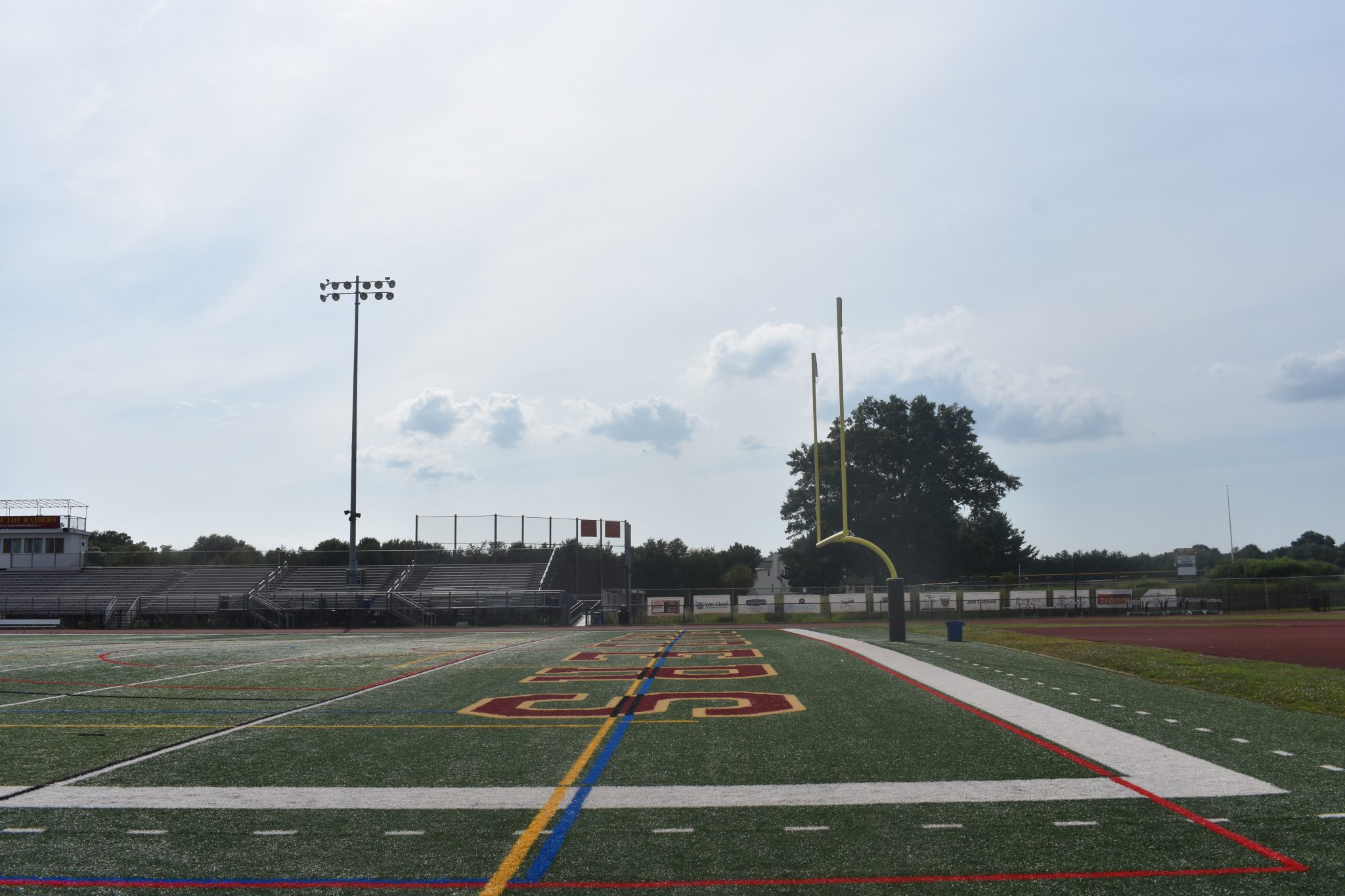 Hillsborough High School has won three football home games on this field this fall, but it will face its first road test, at Hunterdon Central, on Sept. 27.

After beating Franklin High School, 30-13, on Sept. 20 at Hillsborough High School, the Raiders are 3-0 on the football gridiron for the second consecutive fall.

Last year, Hillsborough’s 3-0 start turned into a 1-4 finish and then an early exit from the NJSIAA Central Jersey, Group 5 sectional playoffs with a defeat in the opening round.

The Raiders struggled after an injury to standout running back Sean Levonaitis and a strategic adjustment by opponents to spread Hillsborough’s defense out to the edges.

But this 3-0 start feels different. It feels real.

Levonaitis is healthy, for one, and running better than ever, with 470 yards and six touchdowns through three games.

But Hillsborough’s defense is also much better. It shut out Elizabeth High School, 34-0, on Sept. 6 in the season opener, and it is allowing just 8.3 points per contest.

Defensive tackles Jon Seaton and Rick Sarkar are still clogging the middle and forcing opponents to play outside the tackle box. Only this year, Hillsborough has the playmakers around them to blow up those horizontal plays.

Senior linebacker T.J. Schultz, a starter last year who got stronger and faster in the offseason, has five tackles for a loss, three passes defended and two interceptions. Sophomore linebacker Sal Volpe, a JV player in 2018, is second on the team, behind Franks, with 16 tackles and seven for a loss.

“Teams have not been able to run inside because of our size and physicality,” said Hillsborough coach Kevin Carty.

“We did that last year. But then teams were able to throw and run outside,” he added. “This year they aren’t.”

But no defense can thrive on playmakers alone. It needs the glue guys, too, and Hillsborough has them this fall.

Senior cornerback Matt Michinard has been steady enough to prevent balls from coming his way.

A pair of young safeties, junior Troy Kennedy and sophomore Tyler Michinard, have developed into the safety-linebacker hybrids you need in the modern game. Both guys combine the speed to cover receivers and close on ball carriers with the physicality to finish tackles. Junior Luke Popadiuk has played a similar role at the linebacker spot.

“They make plays if they are near them,” Carty said.

About half those starters are returners and about half are new to varsity. But they all spent last year playing Carty’s new defense: A sophisticated, multiple scheme designed to morph from a 4-4 to a 4-3 to a 3-4, and designed to use various coverages and blitzes.

It’s not an easy scheme to figure out for high school kids, and the Raiders definitely needed a year of development. But now the game has slowed down for them.

But the tests are coming, starting with Hillsborough’s first road game on Sept. 27 at Hunterdon Central Regional High School in Flemington. The Red Devils are just 1-2 this fall, but they are a solid program.

They also ended Hillsborough’s undefeated start in 2018 with a 27-24 victory at Hillsborough.

“This will show us a lot,” Carty said.

Hillsborough to serve as host to Somerset County wresting tournament