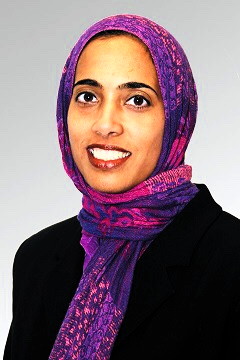 SOUTH BRUNSWICK – Incumbent Board of Education member Joyce Mehta was re-elected to the South Brunswick school board, while incumbent Azra Baig was replaced by newcomers Ray Kuehner and Joseph Scaletti.

The three-year terms of Mehta, Baig and current board President Harry Delgado, who did not seek re-election, were up for election on Nov. 5.

“We are honored to have been elected to the South Brunswick Board of Education yesterday. We are humbled and grateful to the many volunteers and township residents who supported our campaign. We look forward to serving South Brunswick and working with each of you for the next three years,” Mehta said on behalf of herself, Kuehner and Scaletti.
Baig expressed her deepest gratitude to everyone who has supported her throughout her years of service on the board.
“From the beginning of my journey as a school board member until now, I have learned so much about the South Brunswick School District and have met so many wonderful people along the way. I am sincerely grateful and have so many people to thank.
I have no regrets in regards to my re-election campaign, as I tried my very best and ran the best campaign possible which included a team effort. The mobilization, engagement and efforts of so many people and individuals from various groups and organizations was tremendous. I am truly humbled and honored for the amount of support, by not only from the community of South Brunswick, but from beyond. … It was a true team effort, from letters of endorsements, phone calls, robo calls, canvassing, sharing through social media, messaging chats, texts and word of mouth. There was a great response, especially with canvassing, going to several thousand homes and mailboxes. I could go on and on about the great level of involvement, the support and the efforts of the community.
“I hope I have inspired others, just as those who have inspired me, to be more engaged and involved in the school district and community, to follow one’s passion and to lead in various capacities. It has been a tremendous honor and privilege to serve as a school board member. I have strived to serve with integrity and am grateful to have had the opportunity to make a positive impact on the entire school district,” she said.
Baig said she plans to remain committed to the South Brunswick community and to serve as an advocate for others.