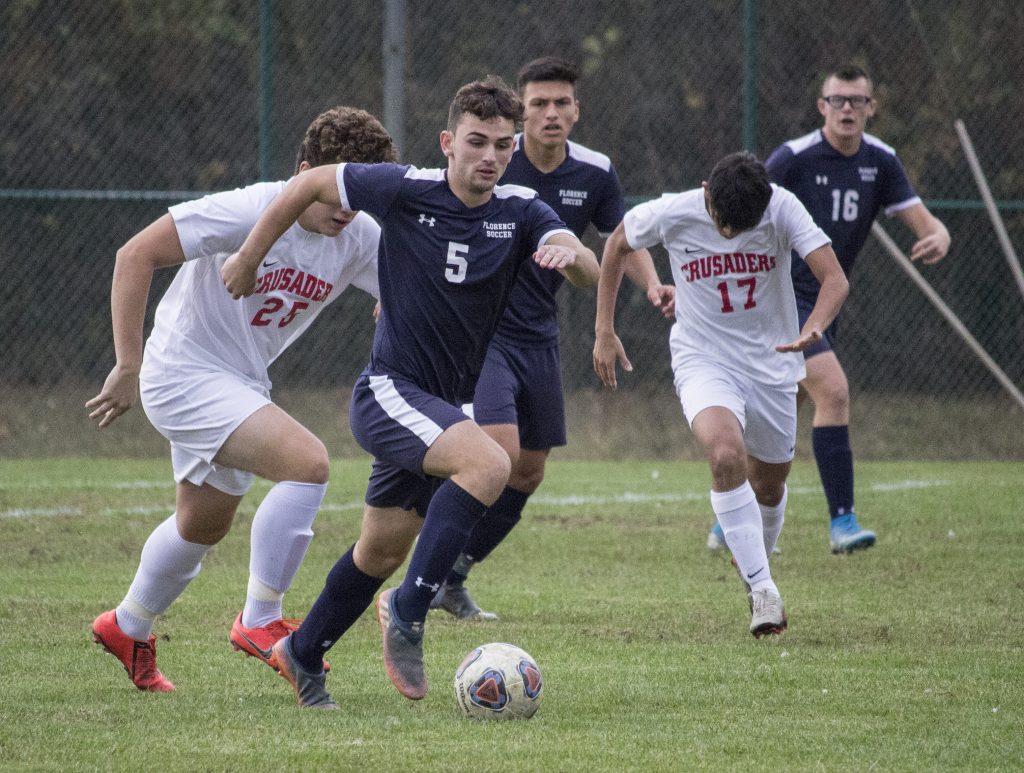 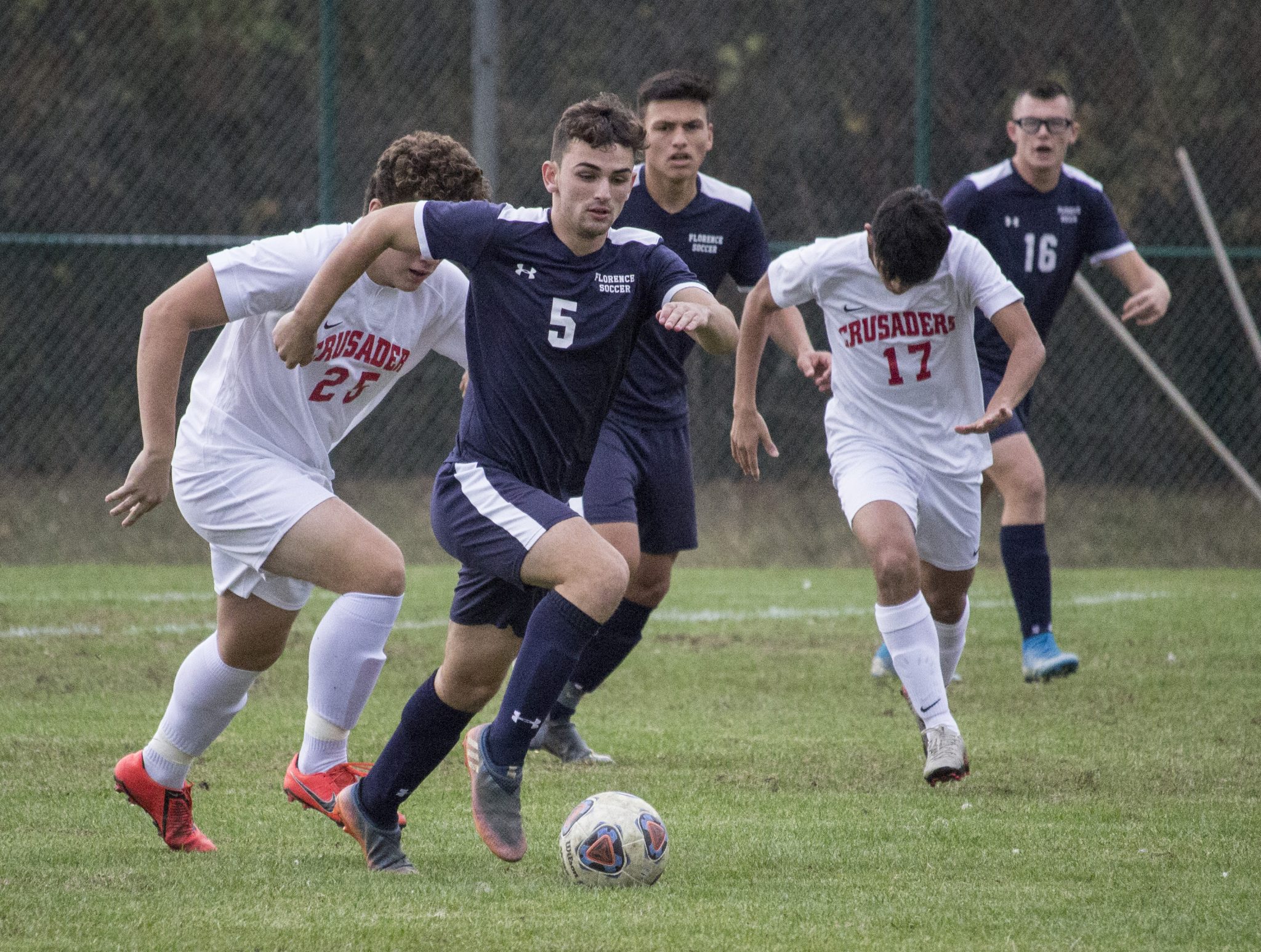 A bid to gain a spot in the state sectional championship game was thwarted but that setback did not ruin what was a fine season for the Florence Township Memorial High School boys’ soccer team .

When Florence claimed the Burlington County Scholastic League’s Freedom Division after it posted an 8-1 victory over Westampton Tech High School at home on Oct. 23, the Flashes earned a first seed spot in the NJSIAA Central Jersey, Group 1 sectional tournament.

Florence then served as the host in the state sectional semifinals on Nov. 5 against fourth-seeded Bound Brook High School.

After Florence and Bound Brook were left scoreless following regulation and two overtime periods, the match was set for penalty kicks to determine which team would advance to the state sectional title game.

Bound Brook will now square off against sixth-seeded South Hunterdon High School on Nov. 8 for the title.

Although the semifinal loss ended what was a year of multiple highs for the division-winning Flashes, Florence coach Kyle Ballay praised his team’s efforts throughout the season after the game.

“We definitely came far and I knew we had a team that had the potential to do that,” Ballay said. “It was the way [the team] came together throughout the whole year. It’s never all ups or all downs with any team. There’s a flow to it. Even after those downs, the next day was usually our high day.”

Ballay explained that the team’s ability to bounce back after those “downs” was just one positive facet of their play this year, which led the team to a successful season. Florence demonstrated their bounce-back talents such as a 2-1 away loss to Northern Burlington County Regional High School on Oct. 1, which was salvaged with a 2-1 home victory against New Egypt High School on Oct. 3.

Florence achieved this feat again when they lost 2-0 at home against Oakcrest High School on Oct. 9 and bounced back on Oct. 15 with a 6-3 road victory against Pennsauken High School.

“The ability for them to come back on the low points and to come back the next day, game or week and really bring out their bets even after a day where a lot of teams would be low on their confidence – that was just something unique about our team,” Ballay said. “It’s something I’m going to miss about this team especially with this senior group.”

The Flashes offense this year was paced by forward Kevin Krall, who finished the season with 14 goals and six assists alongside Kurtz, who recorded seven goals and four assists, MacArthur, who collected seven goals and five assists, and Tindall, who scored six goals and earned seven assists.

Although the elusive goal did not come for the Flashes in the state sectional semifinal, the Florence coach said that the team’s long run in the tournament will be worth reminiscing on.

“We had our sights set on getting to that final and having a chance to win it, and I’m sure looking back on the season that it’s something we are going to take a lot of pride in,” he said.

Looking back on the regular season, Ballay explained that his squad’s determination to claim the division championship from the start of the fall was a high point on the year. With two wins against New Egypt High School and the division-clinching win against Westampton Tech High School, Ballay expressed his team’s ability to dominate their league opponents.

“One of our goals coming into the year was to win the division outright, and we did so pretty handily,” he said. “We came out and took control of our division, so being able to beat a couple rival teams in tough spots was definitely huge.” 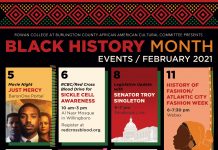 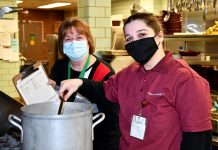 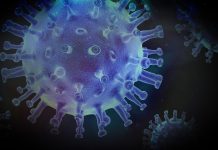