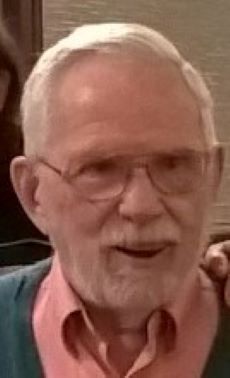 When you called Fred, he greeted you so enthusiastically that you knew you were truly special. He despised liars and fakes.  He spoke his mind. He could hold a grudge forever, unless you took ownership of your mistake, and then his forgiveness and loyalty was unlimited. He celebrated Christmas by putting eggnog in everything – cereal, oatmeal, Drambuie. His signature sandwich was peanut butter, mayonnaise and relish.

Born in Highland Park, NJ of a long line of Edens predating the country; he was a loyal patriot.  He died on the date of what would be his 70th wedding anniversary to his beloved “Gin”. Fred received a lifetime achievement award for starting the first irrigation company in NJ – New Jersey Irrigation Company which he ran with his son, Tom, until he sold it and retired at age 85.  He served as mayor of Cranbury for six years in the mid-1970s.

You can honor him by gifting cash to a young person in your life.  “Humph.”